ARKANSAS SIGHTSEEING: Air & Military Museum takes off for the skies 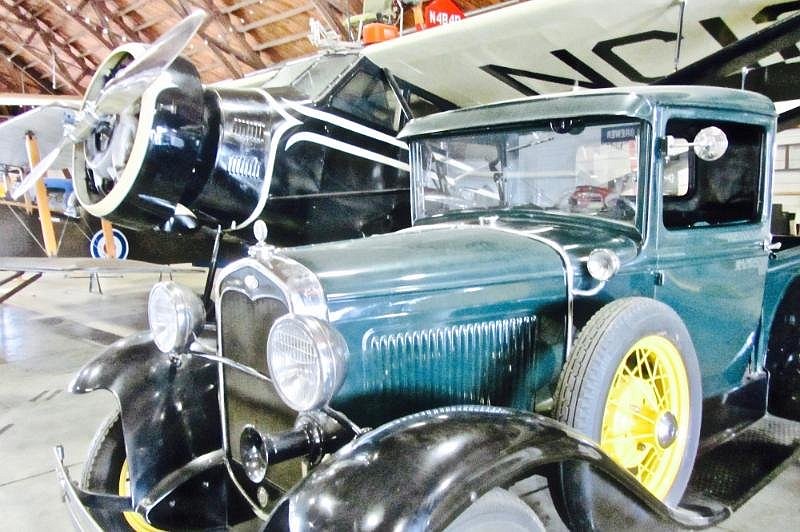 FAYETTEVILLE — Unlike Amelia Earhart, Arkansas native Louise McPhetridge Thaden is no longer a famous name in U.S. history. But her achievements as a pioneering female flyer equaled or surpassed those of the legendary Earhart.

The Arkansas Air & Military Museum at Fayetteville’s Drake Field celebrates Thaden’s aerial exploits as part of its wide-ranging collection of planes and other memorabilia. The largest object on display is a whale-size C-130 Hercules cargo plane on loan from the Arkansas Air National Guard.

Other military and civilian aircraft make inviting targets for photographers, while personal stories focus on renowned as well as lesser-known Arkansans related to the exhibits.

Not all narratives are salutary, including the story behind the museum’s Stinson S Junior. The high-winged plane was flown by a bootlegger who carried illicit liquor during World War II to Kansas, which had remained dry after national Prohibition ended. 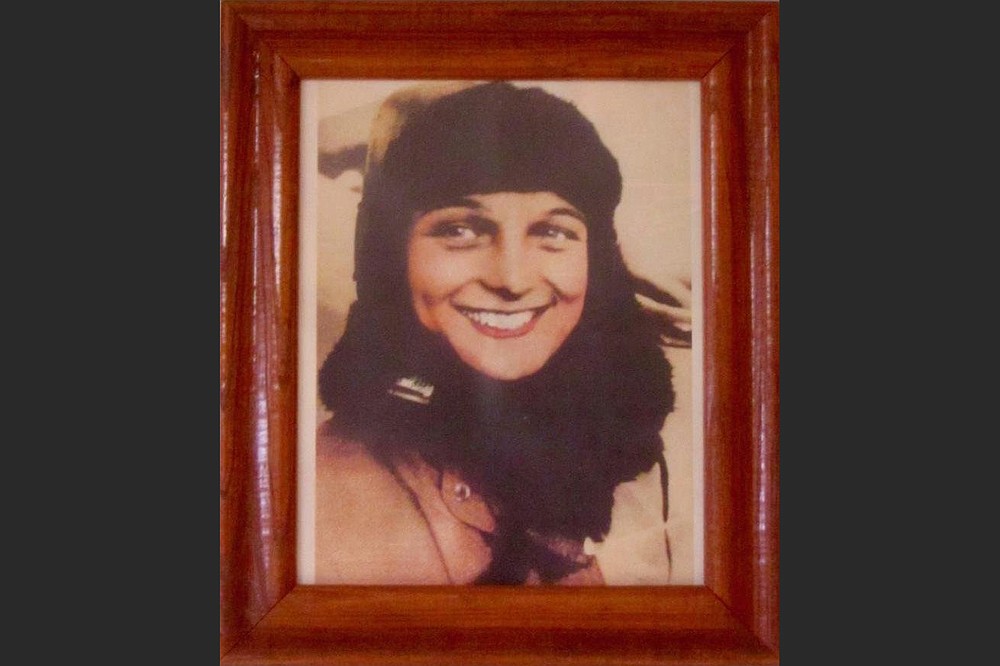 Louis McPhetridge Thaden is pictured at the Arkansas Air & Military Museum. (Special to the Democrat-Gazette/Marcia Schnedler)

But Thaden’s life story is positively inspiring, the more so for her successes at a time when women were mainly expected to bear children. She was born in 1905 in Bentonville, one place where her name still has some resonance. In 1951, the local airport was renamed Louise M. Thaden Field. Four years ago, the private Thaden School opened downtown.

In the late 1920s, Thaden set the women’s altitude record, solo endurance record and speed records. She was the second most famous female American aviator of her time, after only Earhart. Twice she defeated Earhart in major competitions.

Thaden’s pilot’s certificate, earned in 1928, was No. 850, signed by Orville Wright. With Earhart, who later vanished over the Pacific Ocean in a mystery that still breeds theories, she founded the Ninety-Nines organization for female pilots.

In 1936, Thaden and co-pilot Blanche Noyes became the first women to win the Bendix Transcontinental Air Race. Her memoirs were titled “High, Wide and Frightened.” A mother of two, she died of a heart attack in 1979 at High Point, N.C. 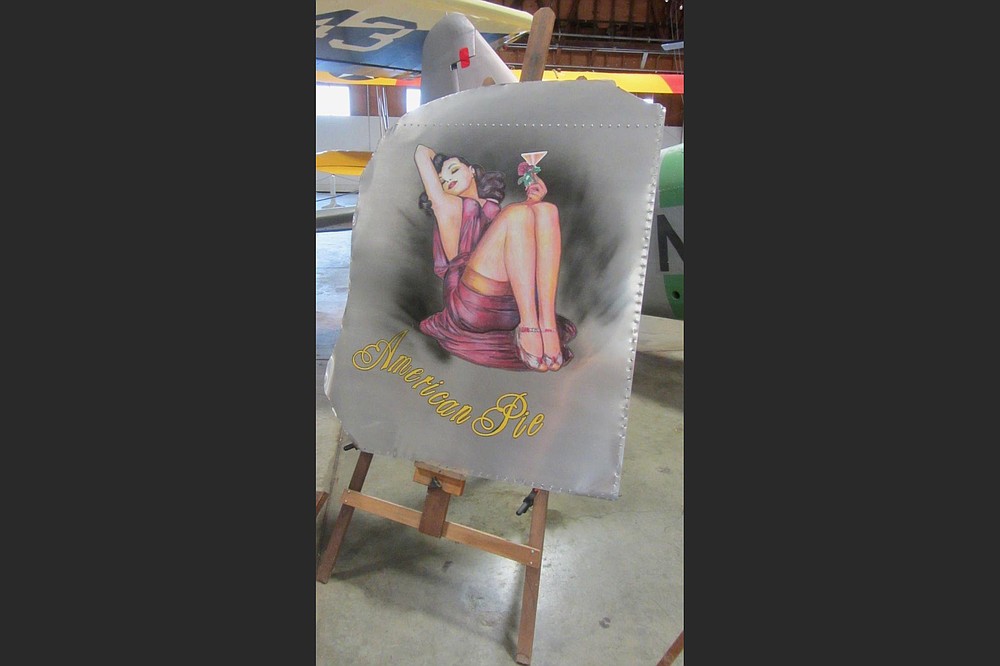 An example of cheesecake painted on World War II planes is on display. (Special to the Democrat-Gazette/Marcia Schnedler)

“The only reason she’s not famous,” quips Laci Shuffield, the museum’s director, “is that she didn’t disappear over the Pacific.”

One aircraft on display belonged to a famous Arkansan. It’s Sam Walton’s first plane, a two-seat Ercoupe 415-C that the budding businessman flew from 1954 to 1956 when he was still operating Ben Franklin dime stores.

Shuffield explains that in the years before he opened the first Walmart, Walton flew to visit prospective vendors and scout locations for new outlets. He continued to fly for decades, upgrading to bigger and better aircraft.

One of the museum’s military planes honors Clarksville native Major Pierce McKennon, a World War II ace credited with shooting down 26 German aircraft. It’s a 7/8th-scale replica of the P-51 Mustang fighter, built by Lawrence Skelton of Springdale. McKennon survived being shot down twice in combat, but was killed in a training accident in 1945 after war’s end. 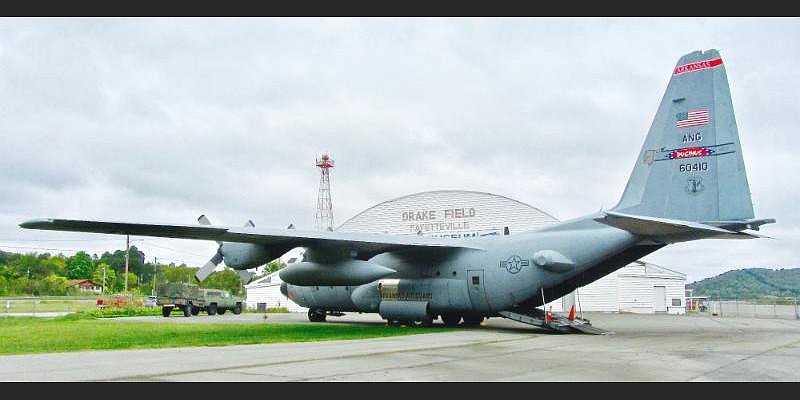 The largest plane at Arkansas Air & Military Museum is a C-130 cargo behemoth. (Special to the Democrat-Gazette/Marcia Schnedler)

The wooden hangar that is the complex’s oldest part served originally as headquarters for a World War II training site.

On display at the museum into November is a special exhibit, “The Forgotten Wars.” The exhibit focuses on the stories of men and women from Arkansas who took part in the conflicts in Korea and Vietnam. The museum’s website lists a number of special events for the next few months.