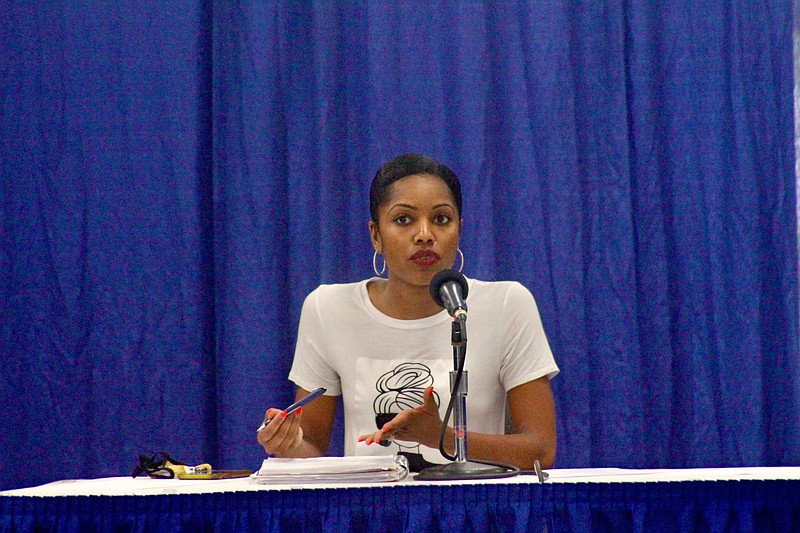 Editor's Note: This is the second of a two-part series on the results of the United Citizens of Pine Bluff's public safety survey results.

After hearing the survey results and responses to open-ended questions from Pine Bluff citizens who had concerns when it came to public safety and the quality of life in Pine Bluff, city department heads were given the opportunity to speak their minds and provide clarity.

On Tuesday during the city of Pine Bluff's Public Safety meeting, the United Citizens of Pine Bluff presented survey results to city officials and department heads that targeted the police department and various other issues.

"I don't think the citizens really have an understanding of how we feel about them in regards to how they can help us better do our jobs and the system," said council member and Public Safety Committee member Joni Alexander, who invited department heads from inside and outside of the public safety area. "I would like them to have an opportunity to speak about their jobs and some of the obstacles they face, because there would not be a need for us to enforce more if there weren't more people breaking codes and not following the laws that we have."

Alexander said the culture of distrust and disrespect toward leadership in Pine Bluff was not warranted, and she wanted citizens to stop assuming the worst.

"I don't know where this culture started, but it is really sometimes discouraging that no matter what we do, no matter what we say, whether we can help or not, that is always received negatively, and I think we need to work on knowing that we are you," Alexander said. "This is to me the most important level of leadership because we're grassroots. We go to church with you, we go grocery shopping with you, and it seems like grassroots leadership gets the least amount of respect."

Assistant Police Chief Kelvin Hadley said his agency's first responsibility is to prioritize the concerns of the community. He said the Pine Bluff Police Department has implemented many programs to combat drugs and gun violence, including a Saturation Operation.

For police presence to be noticed, Hadley said at night his officers have been instructed to drive through residential neighborhoods with their blue lights on.

"It doesn't have to be a traffic stop or anything, just drive through there and let people know that the police are in that area," Hadley said. "Now those officers are answering calls."

Hadley said he has asked city council members to ride along and witness firsthand what the officers encounter.

"From a citizen's point of view, they should be able to say, 'Hey, listen those officers do have their hands full; they are actually out there working," said Hadley, who added that police would continue to strive for excellence.

"I have to give credit to our police department because I've noticed over the years that we have put forth efforts to pull our community together through many of the programs, camps and events," Mayor Shirley Washington said. "We have a service division that basically concentrates on bringing the community together."

Fire Chief Shauwn Howell asked that the public be more inclusive of all agencies in public safety.

"Oftentimes when you think of public safety, we think of law enforcement," said Howell, adding that fire, ambulance and animal control also fall in that category. "Quite naturally, everyone focuses on law enforcement because of the attention that it gets with the media."

Howell said they all work together and cross paths daily.

"There are a lot of layers in public safety. It's not just one layer, and we all work together," he said.

Inspection and Zoning Director Mitzi Ruth and zoning official Lakishia Hill agreed that it can be a challenge for their department when it comes to compliance.

"It would be helpful if citizens would inquire about what it is they want to do before they commit to doing it," Hill said, adding that many people become upset when they are told they can't move forward with their plans. "A lot of people think if they do it and ask for forgiveness, they get to move forward. That's not true."

Ruth said her department's job is to enforce regulations and codes on the books for anyone who wants to build or bring in a new business.

"Sometimes, and most often, the public is not receptive to the codes that we have to enforce," Ruth said. "Sometimes they're not so nice on the phone, but we do our best to try to explain why something can't take place and try to offer them alternatives to do what they are trying to do."

Karla Williams, director of code enforcement, said her department gets the brunt of everything as they deal with the nuisances of the city including high grass, vacant houses and abandoned cars.

"One thing that we get is the citizens don't understand there is a process," Williams said, describing it as lengthy. "Along with the codes and ordinances of the city, we also have to follow state guidelines as far as tearing down dilapidated houses."

Several houses on a block may need to be torn down, Williams said, but she can tear down only one house on one block within a year.

"We just want the citizens to understand, we hear you. We get your complaints. We're working them as quickly as possible, but there is a process and we're going to follow the process," Williams said.

Parks and Recreation Director Samuel Glover said his biggest challenge is the engagement of the community and keeping the parks clean and safe.

People speed through parks, set dumpsters on fire, throw trash cans in the lakes and litter, and Glover said he just wants it all to stop.

A clean team was created within the Parks and Recreation Department, averaging 30 55-gallon bags of trash each day.

"That's a lot of trash," he said. "We have 28 parks and facilities that we are overseeing, so when you pick up that much trash from a park every day, it's clean one day, it's dirty the next, it's completely trashed every day. This is a community issue that we have to work together."

For those who complain that there is nothing for the youths to do in the city, according to Glover, every facility that has recreation has youth activities, included at Townsend Park, Regional Park, Saracen Splash Park, the Aquatic Center, the Tennis Center, Hutchinson Park and the Pine Bluff Community Center.

There are also numerous city league sports for the youths.

Graydon's plea to the citizens was to understand the animal codes and abide by them. He also asked residents to be patient when it comes to animal calls.

"We can't put on blue lights or red lights and get over there like that, but we will get to that call," he said.

Roberts encouraged citizens to call her office with concerns and complaints, and she would direct them to the proper office.

The efforts of the United Citizens of Pine Bluff were applauded by the elected officials because nothing of this magnitude has ever been done before, according to Washington.

"I think this is the beginning of real community policing," she said. "We know if we are going to develop and improve Pine Bluff and make it that quality-of-life community that everybody wants to live in, we're all going to have to work together to make it happen."

Washington gave her support to the group and told it that sustainability would be important.

Kymara Seals, one of the three United Citizens for Pine Bluff committee chairpersons, said their next steps will be Phase 2, putting boots on the ground and getting into the neighborhoods to talk to citizens, some of whom may not have known about the survey.

"We're going to do a series of town halls, and we want to talk to citizens," she said. "We want to go through this hitting the highlights so people will know and people will understand and people can ask questions."

In addition to talking to residents, the group will encounter Neighborhood Watch, the Small Business Association, schools, educators, the Gang Task Force, Chamber of Commerce, universities and other entities.

"We still got some work ahead," said Seals. "It's going to take all of us." 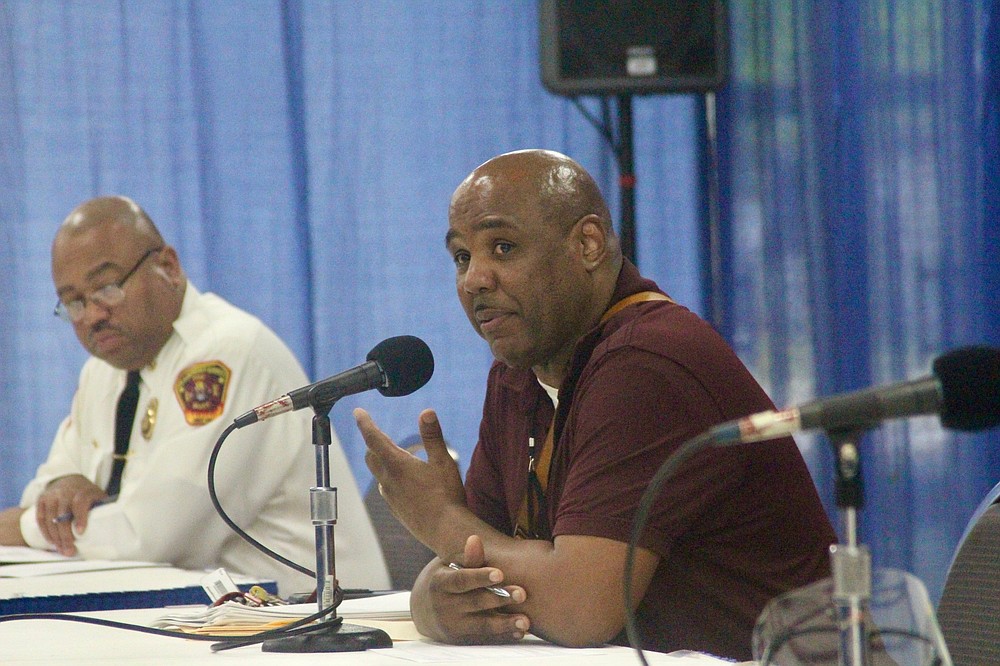