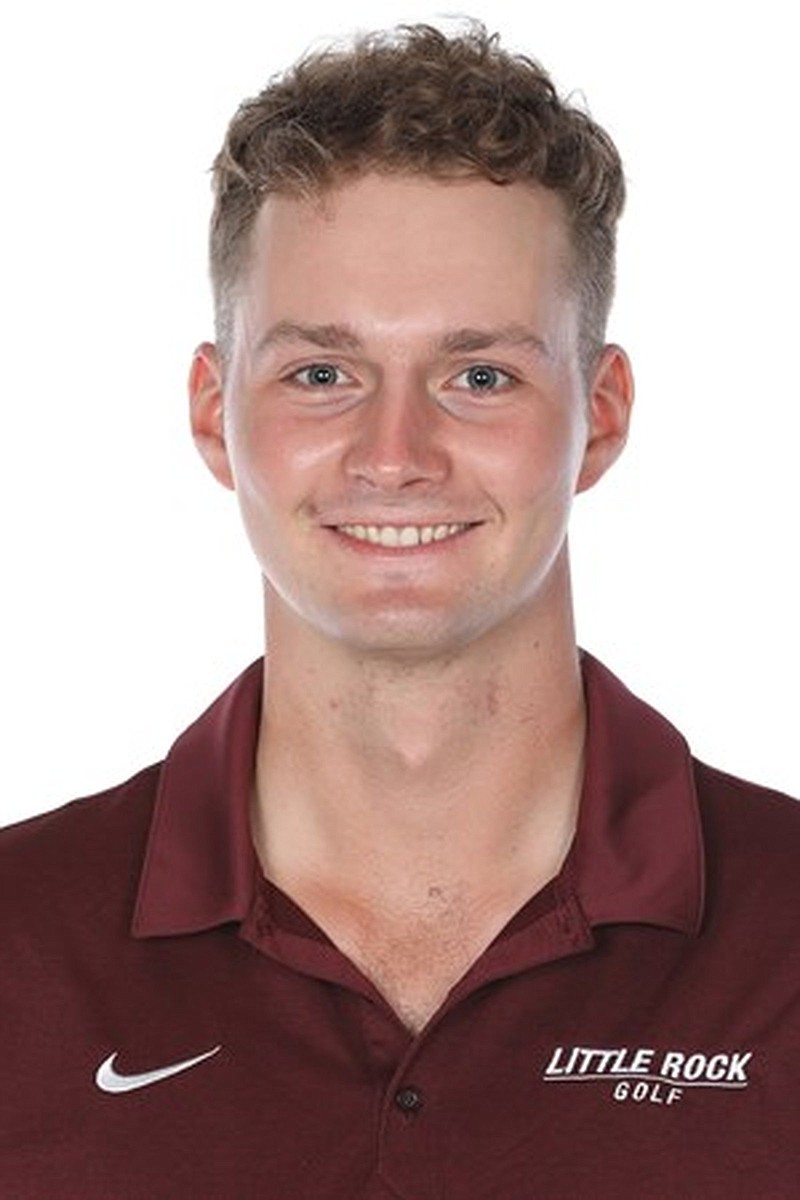 Marcel Rauch shot a 1-over 71 to pace the University of Arkansas at Little Rock on the opening day of the NCAA Men's Golf Championships on Friday at Grayhawk Golf Club in Scottsdale, Ariz.

Rauch played the final nine holes at 1 under to close the day tied for 44th individually. The Trojans shot 14-over 294 as a team in their first-ever national championship appearance and enter today's second round tied with Texas for 24th in the 30-team field. Logan Pate carded a 3-over 73 and sits tied for 73rd, one stroke ahead of teammate Magnus Lomholt, who finished tied for 87th with a 74.

Anton Albers and Nico Horder each finished 6-over 76 and are tied for 119th.

The top-15 teams and nine individuals from a nonqualifying team will advance to Monday's stroke play round. The Trojans begin play today six strokes behind North Carolina and Florida at 8 over in the final qualifying spot.

UALR opened on the back nine and Rauch -- who posted a team-worst score 236 across three rounds at the NCAA Stillwater (Okla.) Regional last week -- recorded a double bogey on the 12th and a bogey on the 13th. His 17th hole birdie took him to 2 over at the turn. Rauch then parred nine of the next 10 holes, and played the front nine in 1 under courtesy of a birdie on the par-5 4th to secure UALR's best score of the day.

Pate limited the damage of three bogeys over his first nine holes with consecutive birdies on the 15th and 16th holes to sit at 1 over at the turn. He birdied the 4th hole and was 1 under on the front nine before he bogeyed the 7th and double bogeyed the 9th to finish 2 over on the second nine holes.

Lomholt opened with a double bogey on the par-4 10th, and rebounded from a 3-over opening nine with a 1 over finish on the front.

Horder painted his scorecard with seven bogeys, including three consecutive between the 16th and 18th holes. Albers shot 3 over on both the back and front nines.