Could this be the final at-bat for MLB pitchers? 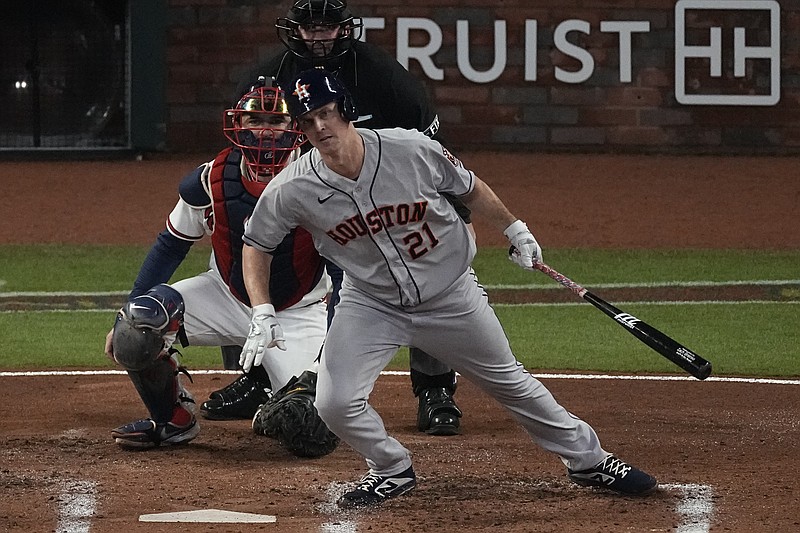 Houston Astros' Zack Greinke watches his single during the second inning in Game 4 of baseball's World Series between the Houston Astros and the Atlanta Braves Saturday, Oct. 30, 2021, in Atlanta. (AP Photo/John Bazemore)

ATLANTA -- Grinning the whole time, Zack Greinke slipped into his Astros warmup jacket, joked with Freddie Freeman and got a friendly pat from the Atlanta star first baseman.

Who doesn't like to see a pitcher get a hit?

Enjoy those fun moments while you can, fans. Because after Game 5 of the World Series, they could become almost extinct.

There's a good chance Major League Baseball will bring the designated hitter to the National League next year -- likely forever. That means Sunday night's game at Truist Park might mark the final time a pitcher ever appears in a big league batting order.

"I think it's definitely going to be pretty special that this could be the last pitchers ever hitting in baseball. We've definitely brought it up," Braves starter Ian Anderson said.

No more Madison Bumgarner swinging for the fences. No more Bartolo Colon flailing and losing his helmet -- or shocking everyone by going deep. No more Greinke grounding a single up the middle, as he did Saturday night in Game 4.

Say goodbye to double switches. Sacrifice bunts would shrivel up and automatic intentional walks to face the pitcher would vanish, too. So would the risk of a $20 million ace pulling his hamstring while running the bases.

Plus, the little nuances that would disappear: The bat boy running out a warmup jacket to the pitcher at first base, the on-deck hitter lingering near the batter's box to give his hurler more time to walk back to the dugout

More than a century of strategy and baseball fabric, ripped away.

"Once it ever changes to no DH, then it will probably never change back, and that's something that would sadden me," Astros Manager Dusty Baker said.

"To me, that's not real baseball," he said Saturday. "I want to see real hitters out there."

Sure, a few pitchers might get an at-bat here and there, maybe in extra innings when teams run out of position players.

So who knows, maybe the Hall of Fame will get the bat Houston's Framber Valdez used from his start in Game 5.

"To be honest with you, the last time that I hit was in the regular season in San Diego, I thought I was done hitting," Valdez said through a translator Saturday.

"Fourteen or 15 was the last time that I hit regularly in a league. I liked to hit in that era," he said. "It's a little bit different hitting as a pitcher here in the big leagues. So I still like hitting in softball back home in the Dominican, but hitting as a major league pitcher, I don't like it."

The DH debate has raged since 1973, when Ron Blomberg of the New York Yankees became the first player to fill the role. It continues to this day, when American League teams often feel at a disadvantage when the World Series shifts to an NL park.

Since the DH era began, the only pitchers to homer in the World Series have been Joe Blanton for Philadelphia in 2008 and Ken Holtzman for Oakland in 1974.

Overall, pitchers are just 3 for 49 (.061) at the plate this postseason heading into Sunday night's game.

Not that many pitchers do a lot of damage at other times, either -- besides Shohei Ohtani, of course. Big league hurlers hit a collective .108 this season. Max Scherzer, who used to handle the bat fairly well, was a whopping 0 for 62 for the Dodgers and Washington, didn't safely reach base once and struck out half the time.

Greinke, meanwhile, does fine at the plate. So much so that Baker moved him from the pitcher's customary ninth spot in the batting order to eighth in Game 4.

The only other pitcher who didn't bat ninth in the World Series was Babe Ruth back in 1918. Greinke responded with the first hit by a pitcher in the Fall Classic since Cleveland's Corey Kluber in 2016.

"Some of the guys don't miss it, some pitchers. And there's some pitchers that absolutely miss it. Like Greinke, he's dying to hit," Baker said last week. 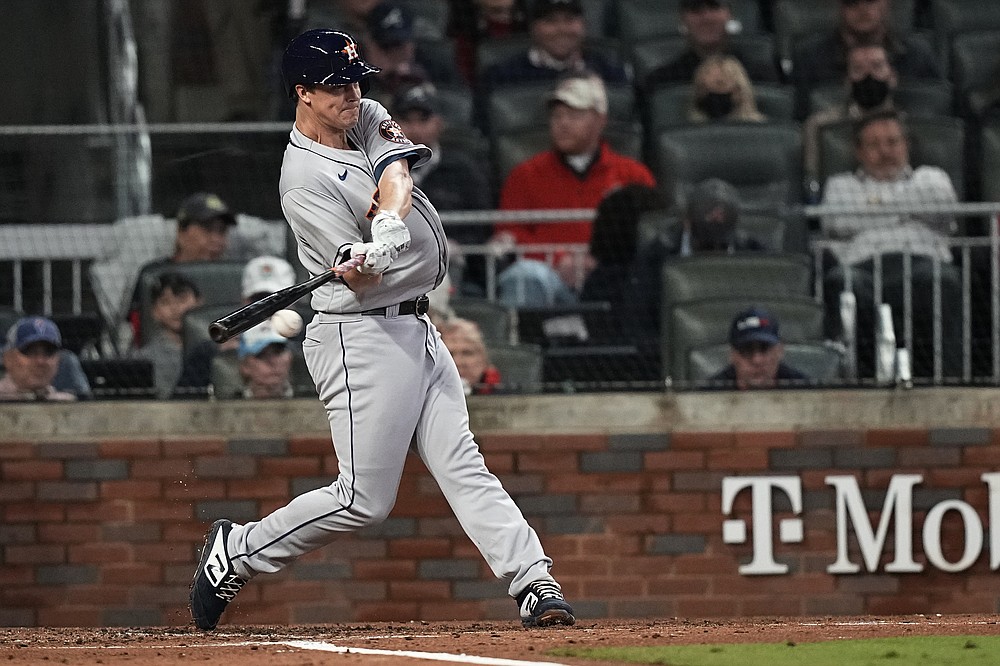 Houston Astros' Zack Greinke hits a single during the second inning in Game 4 of baseball's World Series between the Houston Astros and the Atlanta Braves Saturday, Oct. 30, 2021, in Atlanta. (AP Photo/David J. Phillip) 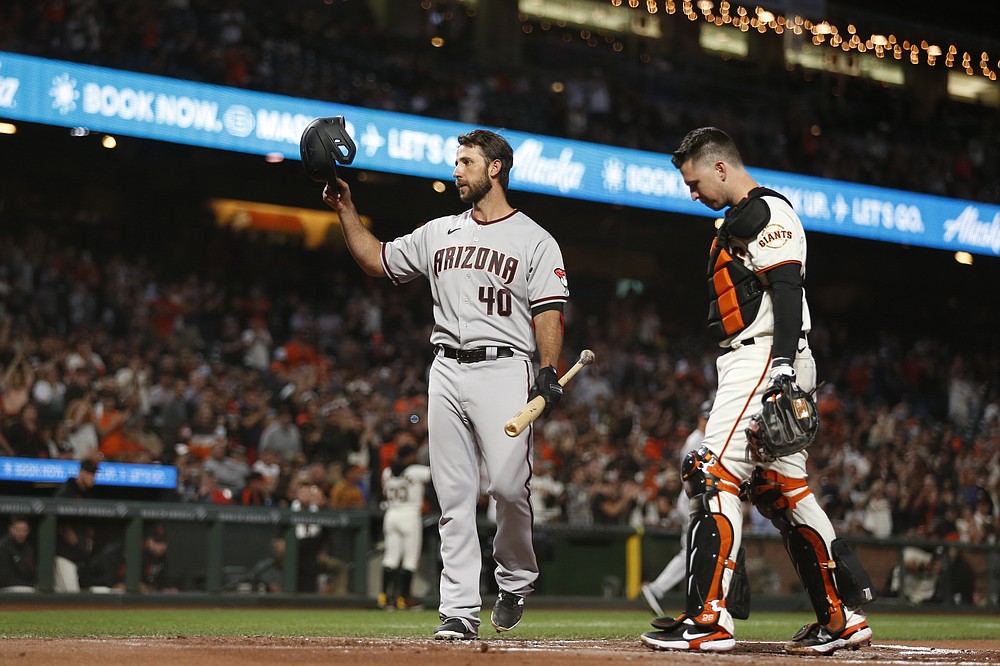 Print Headline: Could this be the final at-bat for MLB pitchers?