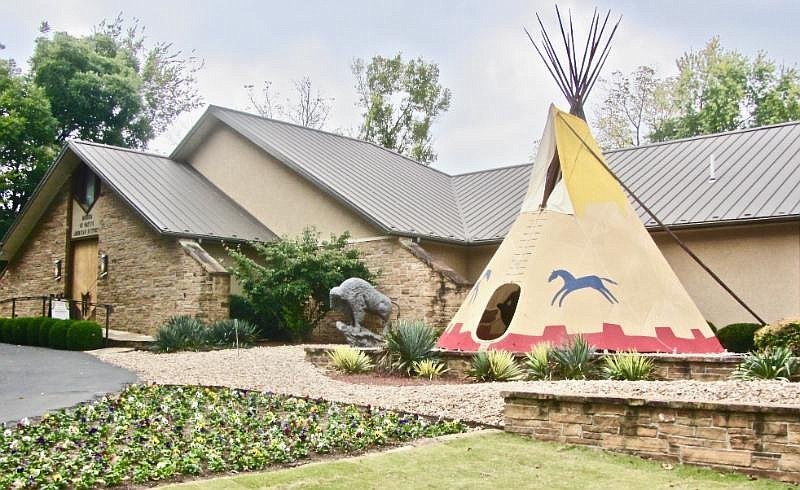 A Plains tepee stands outside the Museum of Native American History in Bentonville. (Special to the Democrat-Gazette/Marcia Schnedler)

BENTONVILLE — Arkansans take justified pride in our state being the home of Crystal Bridges Museum of American Art, which has earned global acclaim since opening a decade ago. But there's a second museum in Bentonville that deserves wider recognition for its world-class collection.

The Museum of Native American History (MONAH) is a labor of love by Bentonville native David Bogle. A prosperous businessman, he was inspired to build the collection and then open the museum in 2008 in part because of his Cherokee heritage.

Informed of an American Indian museum, a wary reader might be tempted to sigh, "Oh, no! Not another avalanche of arrowheads."

MONAH does display a lot of these weapon tips, which were eventually superseded by gunpowder after Europeans reached the New World. But arrowheads play just one role among the cornucopia of beautiful and fascinating objects that bring to life the cultures of the Western Hemisphere's original dwellers.

The sheer quantity of artifacts is amazing enough. Even more dazzling is the high quality of so many items on display. Further adding to a visit's pleasure, easy-to-use electronic voice wands provide recorded details about a good many of the objects. Like admission to the museum, use of the wands is free of charge, although donations are much appreciated.

Visitors are informed that exhibits appear in roughly chronological order to "give you a glimpse into what life was like for America's first inhabitants. The museum is divided into five time periods that will guide you through the constantly changing lives of the Native Americans, as seen through their artifacts. Our displays feature relics that date from over 14,000 years old to historic times."

"I tell people all the time, we are an art museum," Bogle observed to an interviewer several years ago. "Because that's what we have here. We have the finest pieces of Native American art in the country. But just as important, we are a history museum. What we do with these pieces is teach Native American history. And that is my goal here — to try and expand people's knowledge."

The vast majority of artifacts were found in the United States, with a focus on the Mississippian cultures that inhabited present-day Arkansas and nearby states. There is also a sampling of objects from pre-European civilizations of Canada, Mexico, Central America and South America.

The sheer variety of precious objects alerts 21st-century visitors to the ingenuity that kept our preliterate ancestors at the top of the planet's food chain. That held true until the arrival of Europeans with their firearms, contagious diseases and hunger for land. 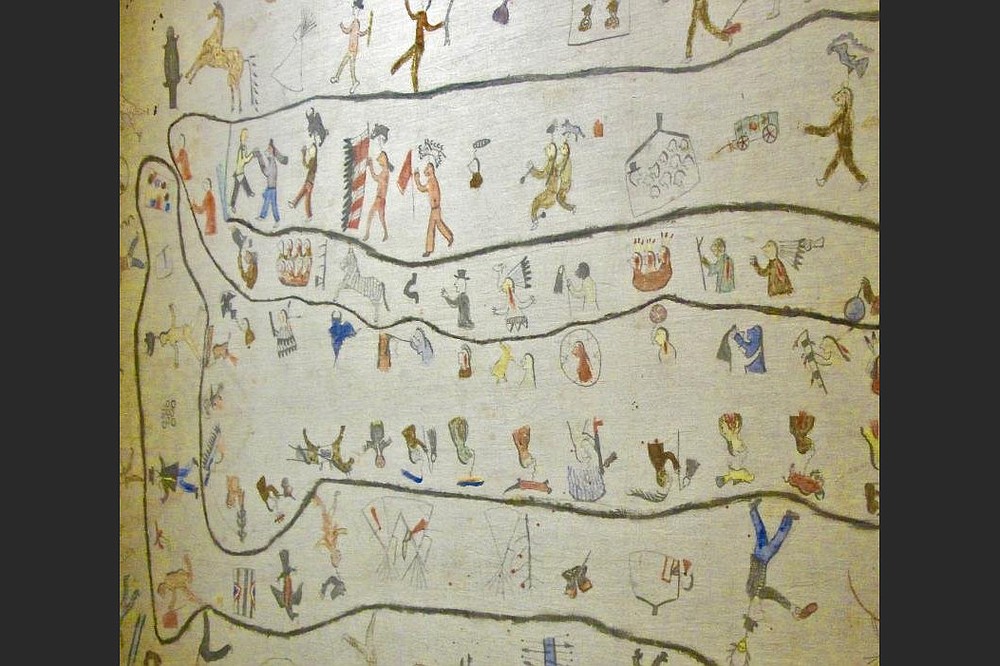 By the 19th century, some North American tribes had developed ways of recording their history, even though they had no written native languages. This is seen in the several tanned buffalo hides on display, including the "Lone Dog Winter Count" and the "Wajaje Winter Count."

A winter count, "so called because the Dakota people counted their years by winters, is not a narrative but rather a calendar," explains the museum posting. "According to the artist, Lone Dog, he consulted with elders to determine the event that would distinguish each year and then marked an appropriate symbol on a buffalo robe. It starts at the center with the winter of 1800-1801 and spirals out to 1870-1871."

The hide robe "was shown to others at appropriate times to teach them the meaning and use of the drawings to designate particular years. Lone Dog's Winter Count was known to many of the Dakota people."

In that sense, Lone Dog was a respected symbolic historian for his culture — a recorder of the Western Hemisphere's long past that is so marvelously evoked at the Museum of Native American History.

The Museum of Native American History

Admission: Free, including use of an electronic voice wand