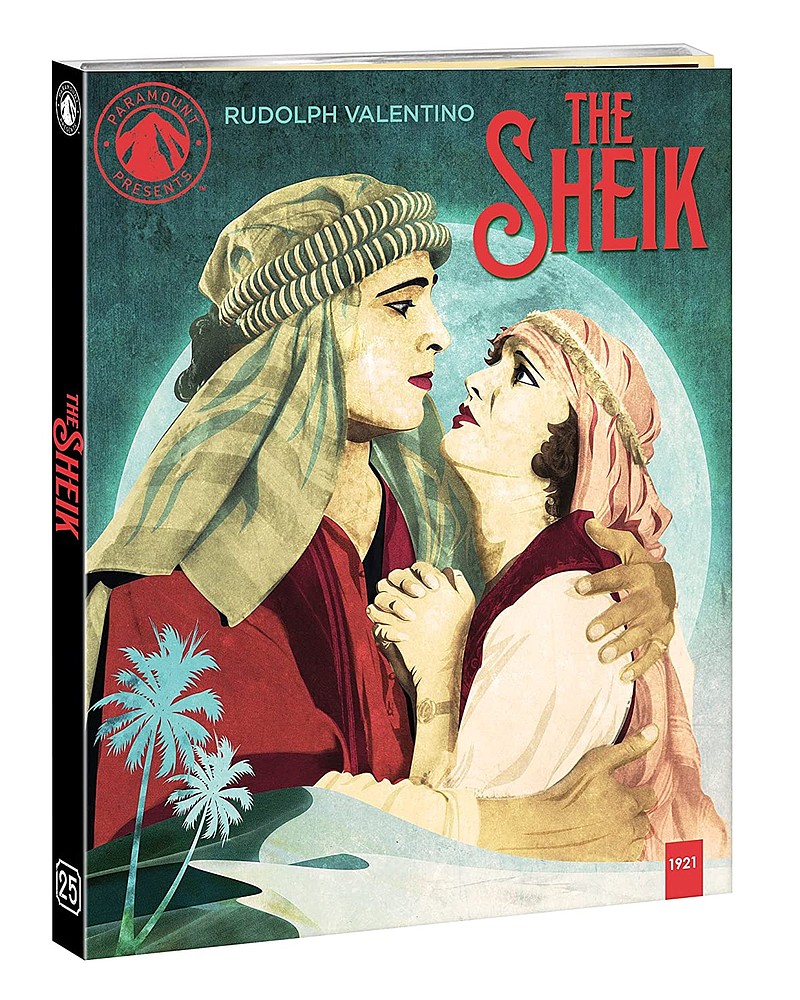 Rudolph Valentino died of complications from a perforated ulcer and appendicitis in 1926, but he clearly left a vivid impression during his 31 years.

Billy Wilder name dropped him in his 1959 movie "Some Like It Hot," and Ray Davies and the Kinks mentioned his Hollywood Boulevard star in "Celluloid Heroes." The singer noted, "Rudolph Valentino looks very much alive/And he looks up ladies dresses as they sadly pass him by."

There have been a couple of movies made about him (one by that auteur of excess Ken Russell), and Sid Caesar parodied him decades later in "Aggravation Boulevard." Back in the '90s, my friend Meg spotted his familiar, smoldering eyes on the box of my CD-ROM of Microsoft Cinemania. She'd never seen one of his movies, but she knew his gaze.

"His grave is actually right over the wall here in the Hollywood Cemetery, on the other side the Paramount lot," Andrea Kalas says over Zoom. "It has an amazing amount of traffic to this day."

Kalas is the Head of Archives and Restoration at Paramount, and she's actively worked to keep the star and his legacy alive with a new Paramount Presents Limited-Edition Blu-ray of Valentino's breakout film "The Sheik" for its 100th anniversary. It hit the stores this week.

What's striking about the movie is that the star's eyes are not merely dark and distinctive. He takes command of the movie because his gaze conveys an encyclopedia of emotions, switching moods within a blink or two. A few of the other actors seem itching to be able to speak their lines. To compensate, some gesticulate as if their mugging could make up for not being heard.

"People don't watch silent movies every day. I do think (Valentino) deserves our attention. He was an incredible performer, and his ability to understand how to perform in front of a camera was way ahead of its time," Kalas explains.

Another factor in his enduring appeal may be that there are a finite number of performances from him.

Kalas says, "It's like Marilyn Monroe or Elvis or other people that died before their time, right? That does seem to elevate your iconic status. It's one way to become famous."

In addition to its enduring star, "The Sheik" director George Melford has mounted an impressive production. British writer Edith Maude Hull's book and the film are set in Algeria, but Melford and his crew create a picturesque world that only existed on the screen. Location shooting wasn't exactly an option then.

Kalas explains, "That ability of silent stages to do that sort of work with horses and tents is unimaginable. That's what Hollywood did. They re-created stuff outside until we started doing location shoots in the 1950s."

An America recovering from both World War I and the 1918-1920 influenza pandemic embraced the movie enthusiastically. "In 1921, movies really hit this explosion of interest. They're starting with nickelodeons. Our founder Adolph Zukor is buying up more and more theaters across the country, across the world. By 1921, he has offices in different countries. It went from zero to 60 in a short time," Kalas says.

Getting the movie to where viewers can see the imposing sets or the star's face the way audiences did a century ago, required careful adjustments in how "The Sheik" is presented to new audiences. At the right speed and with color tints, the movie no longer looks primitive or embryonic. Zukor's studio knew what they were doing.

"We needed to find the best surviving elements that were around, and with silent films that's rarely an original negative," Kalas says.

"We had a fine grain and a dupe (duplicate) negative, which are intermediary elements taken from the original negative. The frame rates in the silent era were different. They weren't standard. They went to 24 frames per second when sound came in. But before that, it could be 20; it could be 21; it could be 18. But when people reprinted the films from the silent era in the sound era, they made them into 24, and that's where this fractured, flickering, fast look comes from."

The new digital edition comes with a score by Roger Bellon and a foldout package of art from its release. It also features a featurette with film historian Leslie Midkiff DeBauche who explains why the movie and the actor are still around in a medium that was once considered disposable.

"That wasn't something that people thought was important to keep," Kalas says. "I was just reading this book where this one actress changed her name because she had a little scandal. She didn't worry that people might have already seen her in movies. That's how often they were thrown out, sadly."

"The Sheik" has a different resonance than it might have had in the previous century. An independent Englishwoman named Lady Diana Mayo (Agnes Ayres) is kidnapped by the title character (Valentino, of course) but gradually falls in love with him. While it is jarring to see non-Arabs playing Algerians, it's sometimes easier to respect them because the snooty Brits look down on them they way visitors to flyover country seem shocked to discover we have indoor plumbing and the internet.

Valentino, whose real name was Rodolfo Alfonso Raffaello Pierre Filibert Guglielmi di Valentina, was not universally beloved in part because he was an Italian immigrant at a time when some native residents thought all the people who came from there were radicals like Sacco and Vanzetti.

Until "The Four Horsemen of the Apocalypse" and "The Sheik," Valentino was often relegated to playing Latin villains. Much of the appeal of "The Sheik" happened because it did lead to pearl-clutching.

"Rudolph Valentino was too dark for a lot of people, and now we would criticize him for blacking up and playing an Arab."

Now, he's an icon, and Kalas is proud to help keep him and other classic stars that way.

"I'm so glad my colleagues in home media have decided to put out a silent film on the Paramount Presents label. It's just fantastic. Here at the Paramount archive, we have an ongoing program with film preservation, and we pay attention to silent films as well as others. I'm glad that's included in the great movies they release." 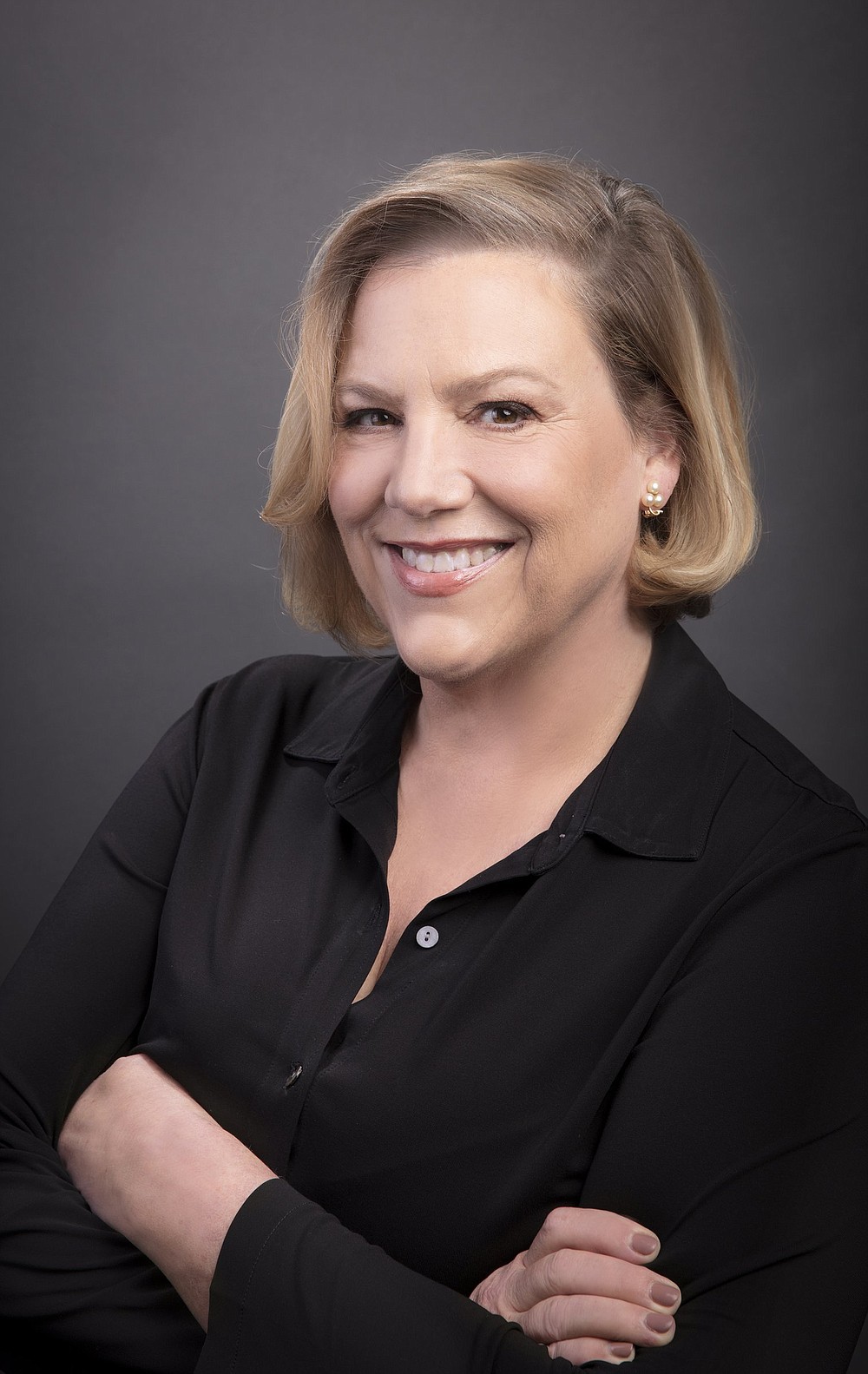 Andrea Kalas, Head of Archives and Restoration at Paramount, led the team that restored 1921’s “The Sheik,” one of the seminal films of silent era, which stars the legendary Rudolph Valentino and is now available on Blu-ray.