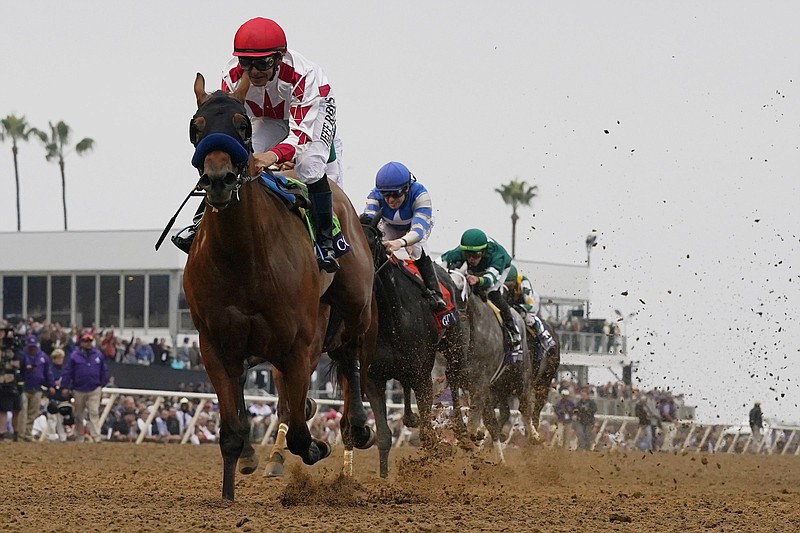 DEL MAR, Calif. -- Corniche won the $2 million Breeders' Cup Juvenile by 1 3/4 lengths at Del Mar on Friday, stamping the colt as the early favorite for next year's Kentucky Derby at Churchill Downs, where his trainer, Bob Baffert, has been banned.

Sent off as the 7-5 favorite, Corniche sprinted to the lead out of the starting gate and stayed there under Hall of Fame jockey Mike Smith. The 2-year-old bay colt ran 1 1/16 miles in 1:42.50.

Corniche paid $4.80 to win. Pappacap was second and Giant Game was another 1 1/2 lengths back in third.

Jack Christopher, the early 9-5 favorite, was scratched because of a left shin issue.

All of the day's 10 races -- led by five Cup races for 2-year-olds -- went off safely on a foggy and unusually cool 60-degree day at the seaside track north of San Diego.

For the first time, all 14 races in the two-day world championships are being run without race-day medication allowed.

Baffert was allowed to enter horses, but the event's money-leading trainer had to meet certain conditions, including stricter out-of-competition testing of his horses and greater security at his barn. He agreed to the extra scrutiny and was required to pay for it out of his own pocket.

Baffert was banned by Churchill Downs for the 2022 and 2023 Kentucky Derbies after Medina Spirit finished first in this year's race and then failed a post-race drug test. The medication involved is allowed in Kentucky, but not on race day. Baffert's horses have had five failed drug tests in the last year.

The Kentucky Horse Racing Commission has yet to make a final ruling on Medina Spirit's victory.

Trainer Christophe Clement snapped an 0-for-41 slump in the Breeders' Cup when 9-2 shot Pizza Bianca went from last to first in the $1 million Juvenile Fillies Turf.

Owned and bred by celebrity chef Bobby Flay, Pizza Bianca ran a mile in 1:36.08 and paid $21.80 to win. Jockey Jose Ortiz had a start-and-stop trip, threading the 2-year-old filly through narrow openings created by the traffic from a 14-horse field.

Jockey Irad Ortiz Jr. and trainer Wesley Ward continued their dominance of the Juvenile Turf Sprint as Twilight Gleaming led every step in the opening Cup race of the day.

Ortiz and Ward teamed for their third straight victory in the $1 million race. It was the 12th Cup win for Ortiz and fifth for Ward.

Ward had two other runners in the 12-horse field, including the 9-5 favorite and previously undefeated Averly Jane, who finished fifth.

Instead, it was Twilight Gleaming who took charge and held off Go Bears Go by a half-length. Kaufymaker, also trained by Ward, was third.

The filly, running against colts for the third straight time, improved to three wins in five starts for Stonestreet Stables' Barbara Banke, recently named the first woman chair of the Breeders' Cup board of directors.

Echo Zulu became the early favorite for the 2022 Kentucky Oaks with a dominant win in the $2 million Juvenile Fillies.

Joel Rosario, aboard for the first time, knew the filly was on her way to a dazzling performance when he saw her ears flick during the race.

"She's super fast and she does everything so easy," he said. "With the ears going back and forth, it looked like she was liking what she was doing."

Echo Zulu improved to 4 for 4 this year while giving Rosario his 14th Cup win.

For trainer Steve Asmussen, the victory was his eighth in the Cup. He trained Echo Zulu's sire, Gun Runner, to a victory in the Classic four years ago at Del Mar.

"She's just done everything right from the first time and for her to win in such an authoritative fashion in such an excellent time stands for a true champion," Asmussen said. 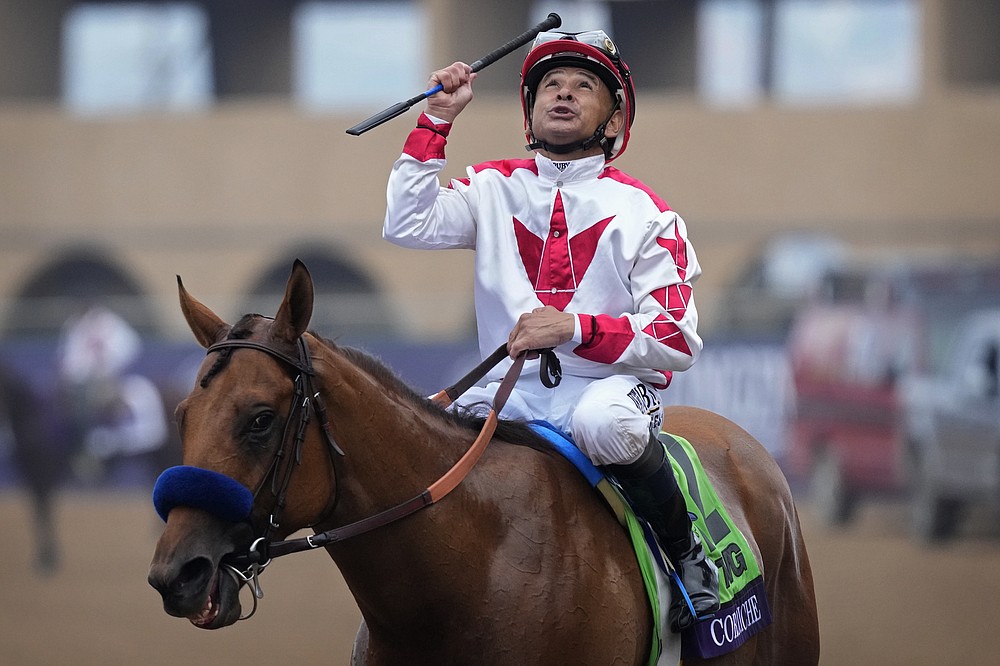 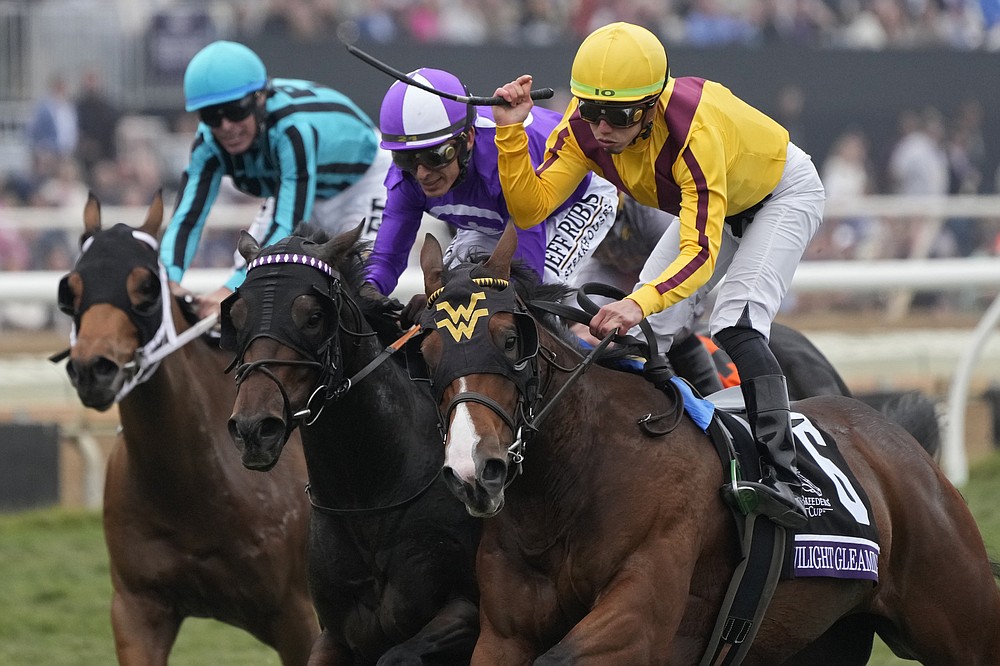 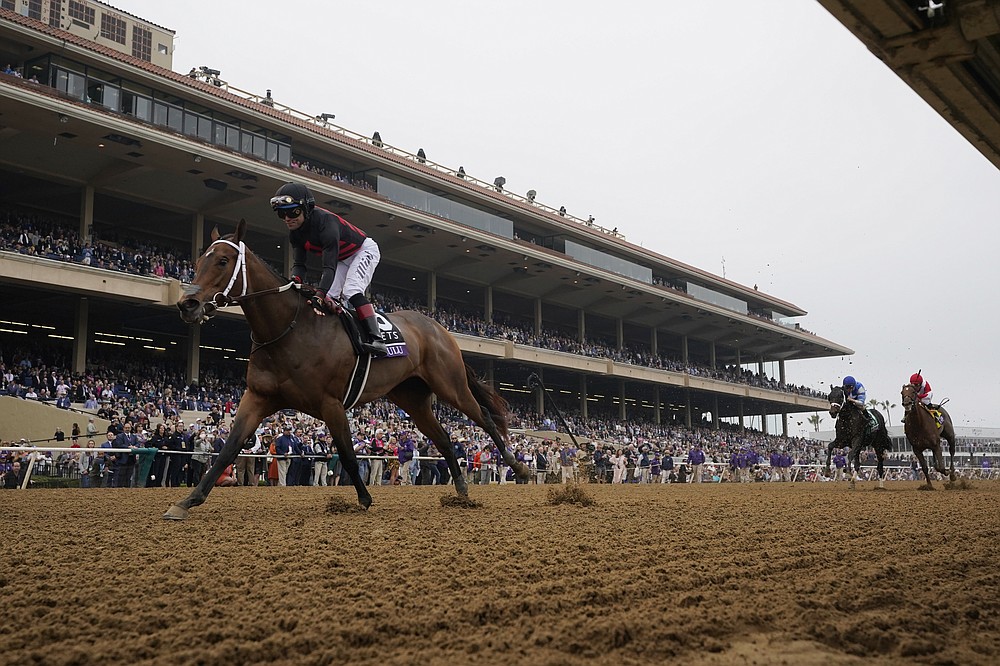 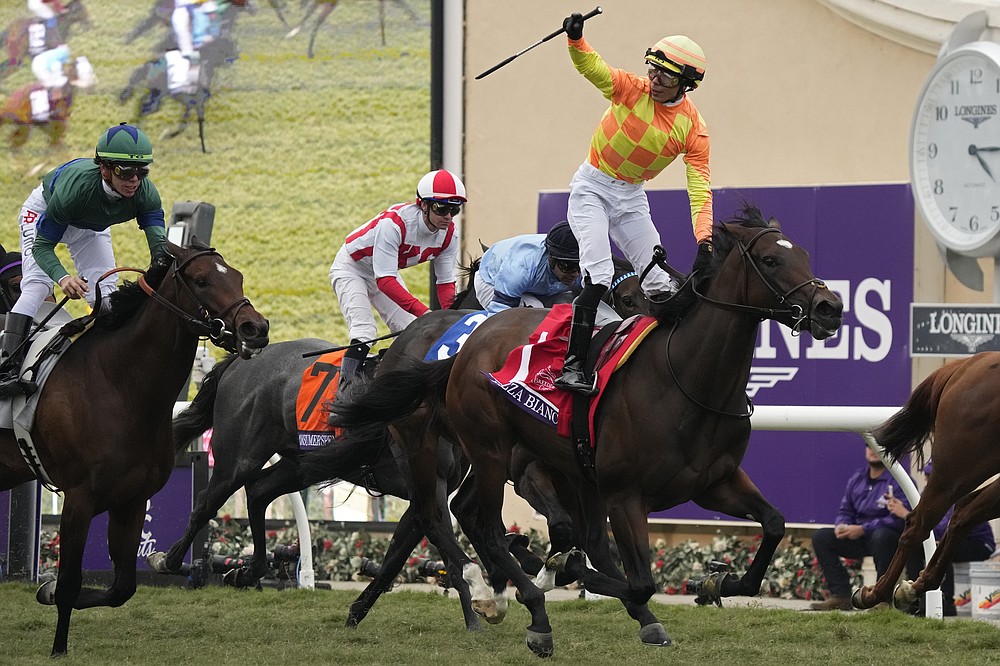 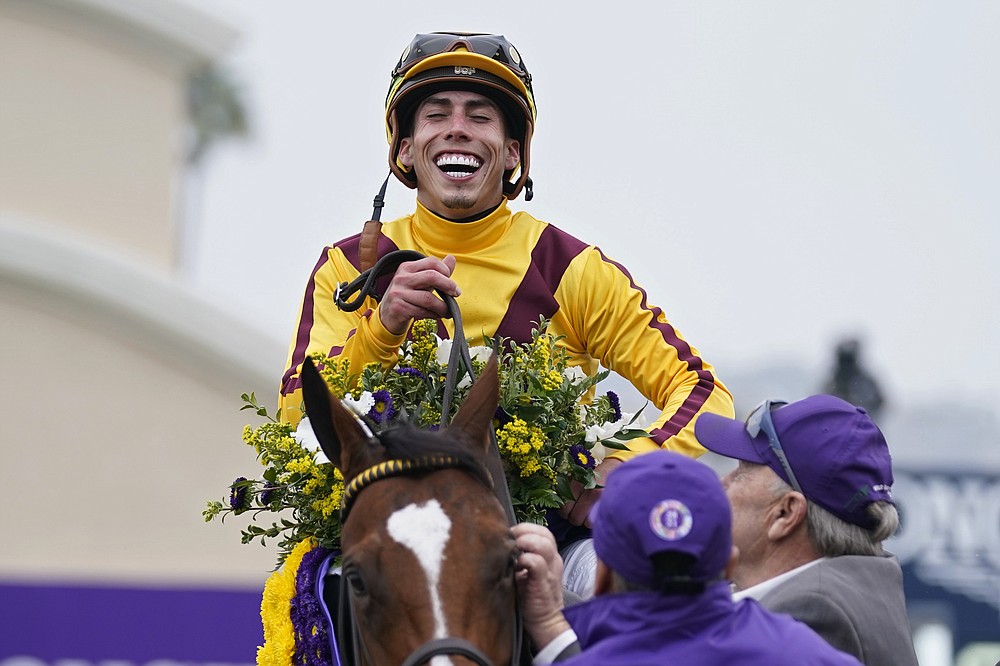