OPINION | READ TO ME: Ginger cat runs away from little miss bossy pants 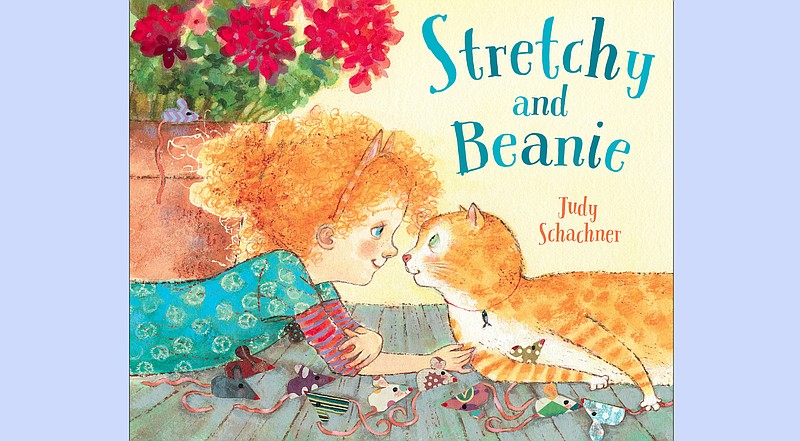 When last we saw the butterscotch tabby Stretchy McHandsome, he had ventured away from his feral family's box and become fast friends with a ginger-haired moppet named Beanie McBright.

Like Stretchy, Beanie has one blue and one green eye, and she's fond of books, stretching and napping outdoors. She's also one of nine siblings who all love cats. So, the McHandsome cat clan drags its box into Beanie's back yard.

"When the McHandsome Clan met the McBrights, each kid got a cat, so it worked out just right."

In this sequel, Beanie almost wrecks their happily ever after. First she reads a book about how to train a cat — appropriately titled "How to Be a Tiger Mom." Then she tries to train Stretchy. The result is rebellion on a feline scale, complete with wet rugs.

She badgers him in 20-minute bouts that are supposed to teach him math, music, dance and art. Then she tries to walk him in a harness. When he refuses to budge, even for treats, she straps him into a baby carriage to stroll him down the street.

Smothered with attention, Stretchy seizes his first chance to escape and runs away. After a frantic search, Beanie finds him having a marvelous time terrorizing birds high up in a tree. He refuses to leave. After a while, though, he realizes there's no food up there and no place to nap. But he won't come down because Beanie is camped out at the base of the tree, and he's fed up with her bossiness.

In the end, though, there is a lesson learned and a happy rescue.

Even more than in the first book, Judy Schachner's mixed media depictions of winsome ragamuffins and opinionated furry characters light up the pages. It's a light-filled world with plenty to look at and humor sprinkled here and there.

Her verses rhyme, but with natural intonations, making this a fun story to share by reading out loud.

A well published children's author whose books can be found in big box stores as well as bookstores, Schachner is most known as the author of the Skippyjon Jones series.

Read to Me is a weekly review of books for young people.