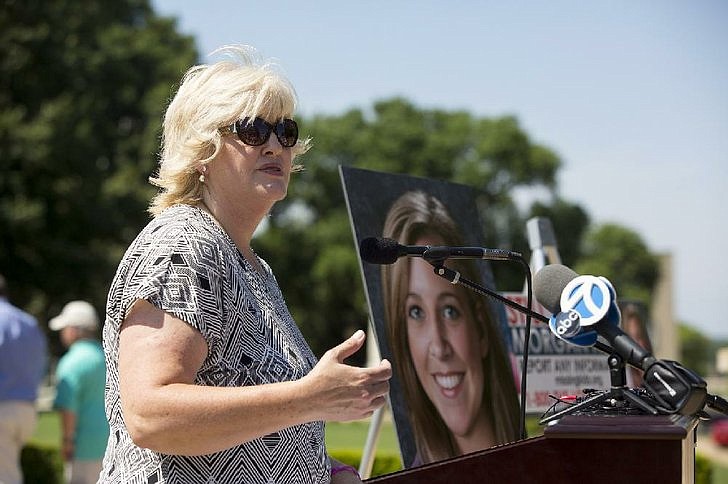 FILE — Colleen Nick, at a Capitol news conference to kick off a new campaign to find her daughter, Morgan, said she would never give up the search in this 2017 file photo. (Melissa Gerrits)

An Arkansas man who died in prison more than two decades ago is now being investigated as a person of interest in the disappearance of a girl who went missing in 1995, the FBI said Tuesday.

The FBI asked the public for more information about Billy Jack Lincks, 75, who died in prison in 2000 and had been arrested for attempting to abduct a girl months after 6-year-old Morgan Nick vanished. Lincks was serving a sentence for a 1996 conviction for sexual indecency with a child at the time of his death.

"Today, law enforcement may be closer than ever to identifying" Nick's abductor, the FBI said in a news release. FBI spokesman Connor Hagan said this is the first time the bureau has publicly identified someone as a person of interest in Morgan's disappearance.

Hagan declined to say whether investigators have any evidence connecting Lincks to Nicks' disappearance. Authorities in 2017 searched an eastern Oklahoma property that had previously been searched in the case.

Colleen Nick, Morgan's mom, said she remained cautiously optimistic that the announcement could lead to finding her daughter.

"We have seen really, really good leads in the past eventually just fall apart and hasn't led us anywhere, but it's because of the incredible work by the multiagencies that are involved that they get through these leads and we keep working them," she said. "Because at the end of them is Morgan."

Lincks was raised in Crawford County in western Arkansas and returned to Van Buren in the 1970s after serving in the Army during World War II and working at Braniff Airlines in Dallas from 1962 until 1974, the FBI said. Lincks attempted to abduct a young girl in Van Buren at a location 8 miles from the baseball field where Morgan was taken, the FBI said.

"We know that there's people who have more information about him, who knew where he was during certain times of his life who can give information to us," Hagan said.