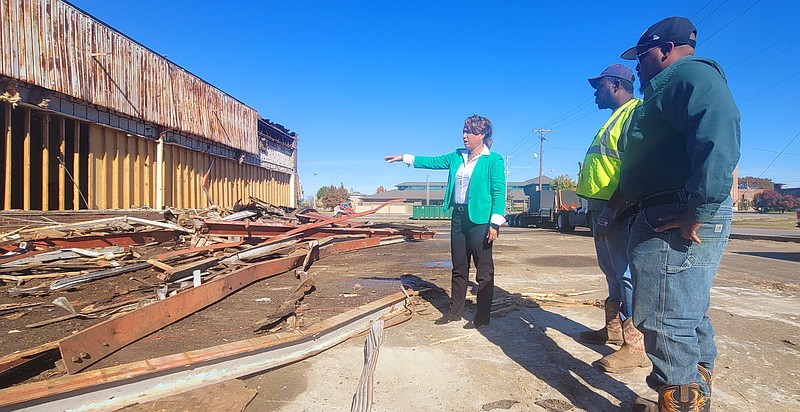 With a month and a half under her belt as interim executive director for the Pine Bluff Urban Renewal, Chandra Griffin is staying busy after assuming the position from Maurice Taggart, who resigned at the end of September to start his own law firm.

The Urban Renewal Agency has the job of developing downtown Pine Bluff, as well as actively removing blight. Currently, Griffin is overseeing a major demolition project in an area slated for housing.

"Right now we are demo-ing the bingo hall at 304 Chestnut," said Griffin. "This demo is significant because this demo will move Pine Bluff one step closer to making the proposal for downtown market-rate housing happen."

Griffin said blight removal was one of the key items she wants to get done for the city of Pine Bluff.

Griffin said she is also working with a consultant for engineering and architecture to try to stabilize some of the buildings that Urban Renewal acquired between Third and Fourth avenues on Main Street.

Transitioning from operations director to the director has been smooth, according to Griffin, thanks to her employees and Taggart's willingness to stay on as a consultant.

With a team of four, with the most recent hiring on Monday, Griffin said projects are moving along -- even though they are not moving as quickly as she would prefer.

"There are several ongoing projects and these things take time," she said. "There's a time frame for each project that we are dealing with and the challenge I have personally is the pace."

Griffin said she is a hands-on "get-it-done" type of person. She has also spent more time than usual sitting in meetings but said they have been beneficial to understanding more of the role that she has to play.

Griffin, who was initially hired to be Taggart's executive assistant, spent 17 years in real estate and holds a real estate broker's license. She also has administrative experience working in the mayor's office near the end of Carl Redus' term and more than 20 years of experience in retail management and operations management.

Wanting to stay the course of the Urban Renewal's mission, Griffin said she does have some ideas she would like to incorporate regarding the general maintenance and cleanliness of the city.

"The mayor has mentioned that we have to change our culture for our litter problem that we have here in Pine Bluff, but in order to change the culture, I feel we need to start with our school-age children," said Griffin, who said she spoke with Mayor Shirley Washington and received her blessing to move forward.

Griffin said she will be collaborating with partners in hopes to get a litter program started by the first of the year by getting into the schools and doing some workshops.

"We have to let them know that litter is something that we shouldn't do," said Griffin. "I think it's going to be a good route going through the children for us to change the culture."

"Since we are demolishing the bingo hall this week, residential demos will be on hold," said Griffin. "This will take a couple of weeks to complete."

With the holiday season around the corner, Griffin said, the pace of work will slow the residential demolitions but she said she wants the work to pick back up at the beginning of the year -- weather and equipment permitting.

"What Mr. Taggart had in place already, I want to continue with those and move in the direction the board has established," said Griffin. "I'm excited and looking forward to the new year and what's to come." 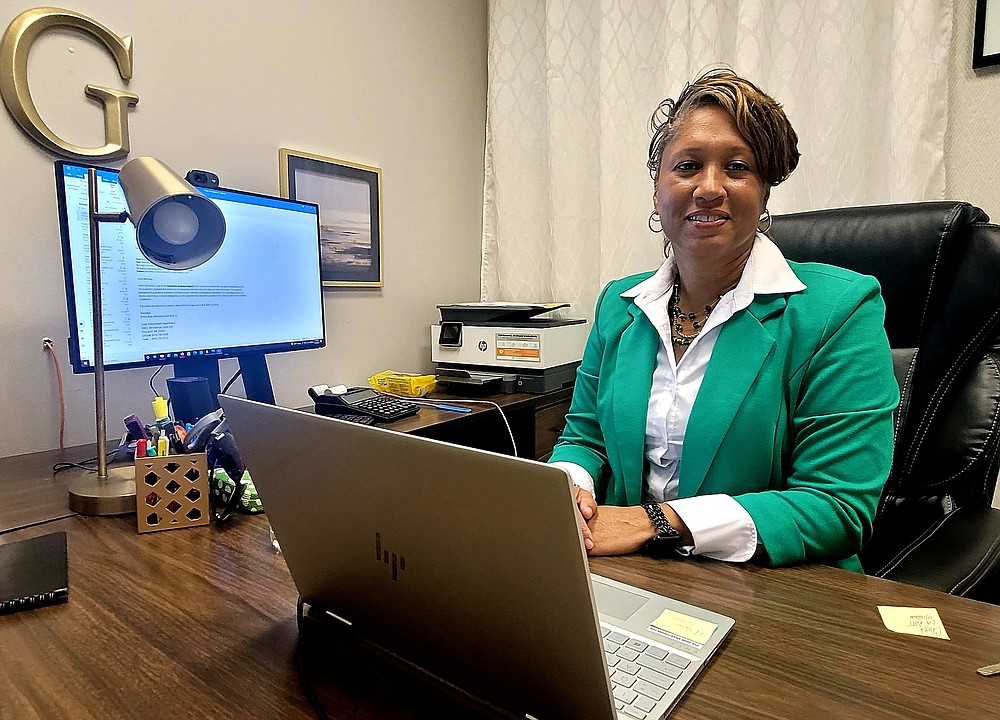