What it's like to vacation in Sao Paulo these days 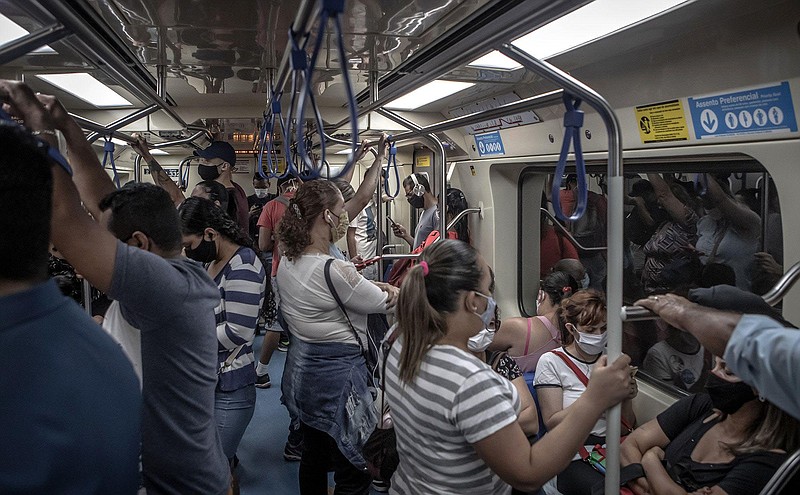 For more than a year, Sundays on Paulista Avenue had been eerily quiet. Six days a week, the arterial corridor is jammed with car traffic; on the seventh, it's typically shut down so pedestrians can patronize street vendors and sit at cafes for espressos and freshly cracked coconuts with straws. If large gatherings were verboten starting in March 2020, Sundays on Paulista Avenue had to be, too.

Now, in the back half of 2021, this detail of life in Brazil's most populous city has come back in full force. Since July, when many pandemic restrictions lifted, the Avenue has once again been a showcase of Sao Paulo's diversity, with locals heading to Museu de Arte de Sao Paulo (MASP), the city's pre-eminent art museum, stopping at the nearly 100-year-old Caffe Ristoro for ricotta tortes, and strolling the palm-filled Trianon Park to watch birds and people.

The rebirth reflects a comeback for a megacity that was hit particularly hard by covid-19. Since it first arrived in Latin America in February 2020, the coronavirus has infected more than 1.5 million people in Sao Paulo, killing almost 40,000. After handling the pandemic erratically in its early days, shunning face masks and vaccines and dismissing covid as a mere flu, President Jair Bolsonaro may be charged with crimes against humanity.

But despite those dramatic chapters, Brazil is seeing better days. Cases have recently plunged to about 400 per week, with Nov. 8 marking the first day since the virus arrived that city recorded zero covid deaths. About 89% of the eligible population has been fully vaccinated. Abandoned storefronts remain everywhere, and the homeless population has surged, but there's proof of recovery: Bars and restaurants are packed, and even nightclubs have reopened after 18-month closures.

As a result, tourism is kicking back into gear, too. Sao Paulo's international airport has seen roughly 15 million arrivals and departures in the last nine months, a jump of 85.7% year-over-year but still 38.5% below pre-covid levels. For those visiting from abroad, all that's required is proof of a negative polymerase chain reaction (PCR) test taken within 72 hours of travel and a signed health declaration form. And despite double-digit inflation, the weakened Brazilian real means there is value to be found for those who come.

Here's what to expect if you're thinking about visiting South America's largest city.

About half of the city's restaurants and bars permanently shut their doors in 2020, according to a survey by the city chapter of Brazil's largest restaurant trade group, Abrasel. Among the losses was Pasv, a humble-yet-iconic casual steakhouse that had been peddling traditional Brazilian and Spanish dishes, including an expertly made feijoada, since 1970.

That said, the restrictions on restaurants — which limited party sizes and indoor seating — lifted on Aug. 17, returning the dining scene to near-normalcy. Included are traditional churrascarias, where roving servers slice skewered cuts of meat tableside and other dishes are procured from a lavish, self-serve salad bar. The emblem of Brazilian culinary culture may be decidedly covid-unfriendly, but all of its components remain stubbornly unchanged.

Outdoor setups are hard to find in this concrete and glass jungle, but a project called "Ocupa Rua" (Taking the Streets) has helped some restaurants claim parking spots downtown for extra table space. Other places make do with occasionally using the streets in front of their venues; on Saturday evenings, Sede261, a hole-in-the-wall wine bar with just 12 seats, spills out onto a brick road in the hip neighborhood of Pinheiros, chilling bottles of wine in a bathtub filled with ice and serving them with oysters and meals prepared by guest chefs.

Among the newcomers is Caos Brasilis, opened in September by chef Bruno Hoffmann, who came to prominence on Brazil's version of "Top Chef." Alongside sous chef Danillo Coelho, a Mocoto alumnus, Hoffmann upscales traditional dishes and pairs them exclusively with Brazilian wines — think Paulista couscous with a coconut and cashew emulsion, tortellini stuffed with smoked Brazilian cheese, and cakes made with cassava or cachaca ice cream.

There's also Kazuo, across the street from the Iguatemi Shopping mall in Jardins, whose hypermodern exterior of neon-blue lattice belies the pan-Asian traditions that inspire chef Kazuo Harada's omakase meals. 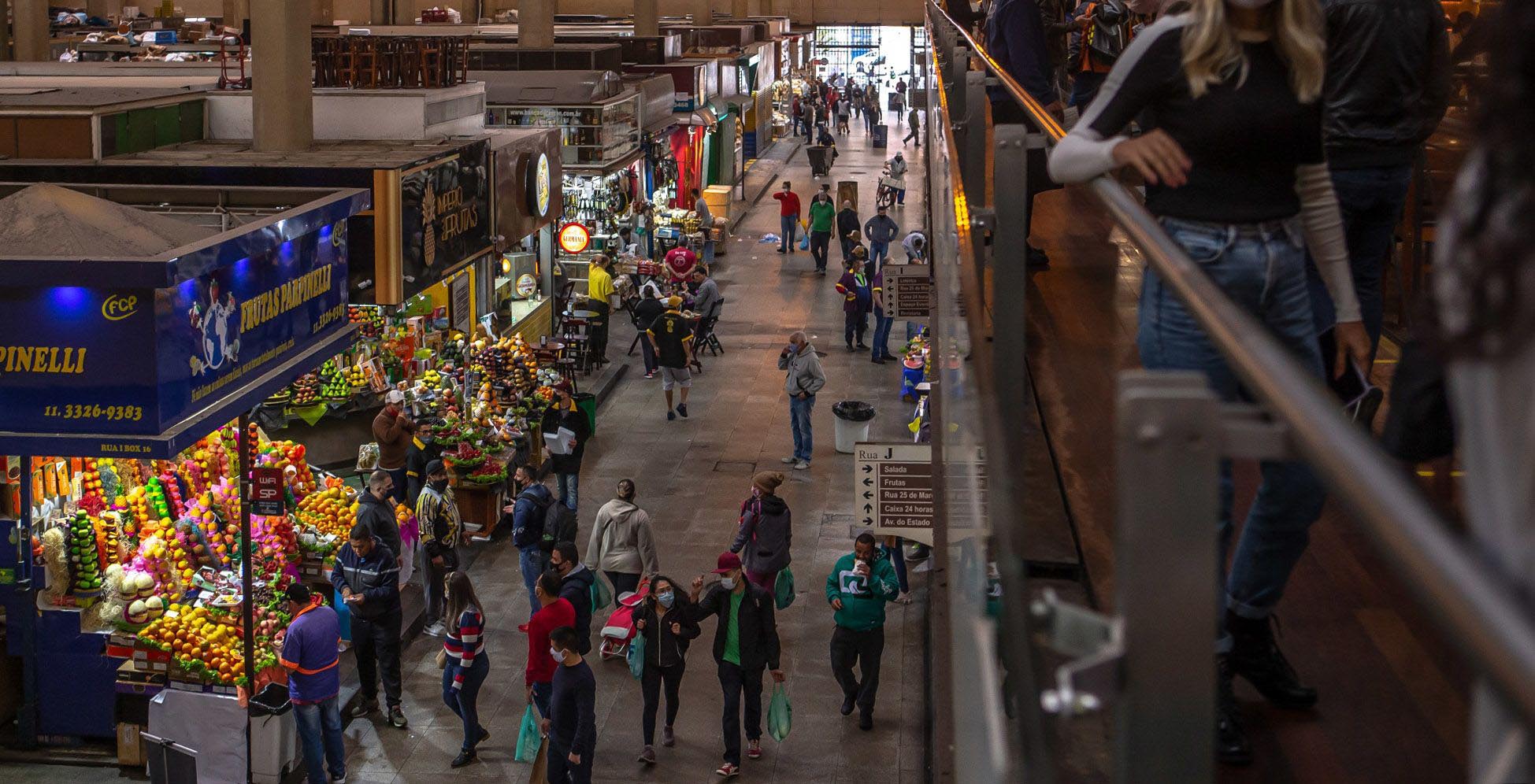 With no remaining restrictions, navigating the next phase of the pandemic in Sao Paulo is a game of choose-your-own-adventure.

If you're still covid-wary: Sao Paulo may be best known for its density — of buildings, people, cars — but the city has many parks that tend to go overlooked by first-timers. The most famous, Parque Ibirapuera, occupies 1.6 million square meters (about 0.618 square miles). Like New York's Central Park, it's centrally located, with the skyline peeking out from behind a wide, green expanse. Go for a picnic, to watch local soccer fans practice their own fancy footwork, or to visit the Museu Afro Brasil, which focuses on artists of the African diaspora. Lesser-known parks include Cantareira, with its forested trails, or Jaragua, whose main path takes you on a two-hour hike to the highest point in the city.

If you need a gentle reentry: Culinary enthusiasts may enjoy exploring Zona Cerealista in the Bras Neighborhood, where a variety of stores and stalls sell all sorts of local ingredients to take back home. The focus is on rice, soy, and other grains, as well as seasoning blends and spices. Things to put on your shopping list: castanha-do-para, or Brazil nuts, and melado de cana, a thick sugarcane syrup with slightly bitter notes that can be used like molasses in baked goods. Go early in the morning to avoid crowds.

Similar thrills can be had at Sao Paulo's municipal market, the so-called Mercadao, which peddles endless varieties of indigenous tropical fruits and famous mortadella sandwiches, piled with nearly a full pound of meat, peppers, and lots of cheese.

Another option is the Museum of the Portuguese Language, which reopened in July after a six-year closure following a fire. Its reimagined, high-tech galleries enliven dense topics like etymology, letting foreigners get a better understanding of the rhythmic local tongue.

If you want to pretend the pandemic never happened: As of Nov. 1, all restrictions on events and large gatherings have been lifted, allowing concert venues and nightclubs to reopen. Among the places locals are eager to revisit is Tokyo, a neon-filled, multilevel club downtown where partygoers used to wait hours to get in the door. Its weekend parties are set to resume old traditions, featuring everything from funk to MPB (Musica Popular Brasileira) to karaoke singing.

And there's no greater Brazilian tradition than joining soccer fans for matches from one of the local teams — Palmeiras, Corinthians, or Sao Paulo — whose seasons stretch into December.

The subway system in Sao Paulo is simple and comprehensive if you're staying in the main downtown areas, but the trains get crowded at rush hour and some people still insist on wearing masks under their noses, as in many other cities. Buses, meanwhile, can be downright impossible for visitors to navigate. Brazilians are helpful with offering directions — language barriers and all — but that only partially makes up for bus maps being so hard to find and even harder to decipher.

Getting an Uber isn't much easier. After locals complained on social media that Brazilian drivers were commonly rejecting rides, the company fired 1,600 contractors across the country, leading to a shortage. Many remaining drivers have been vocal about high gasoline costs — up 39% year over year — and are trying to negotiate better terms with ride-sharing apps. For now, it means service reductions and instability.

Covid etiquette: Sao Paulo has not dismissed the mandatory use of masks — even if President Bolsonaro himself rarely uses one. Not everyone follows the rules, but the law says masks must be worn in public at all times, and you can, on rare occasions, be fined for violating policy. If you forget, it's more likely that you'll be politely reminded to mask up by waiters and security guards in restaurants or shopping malls. Vaccine passports are only needed to attend gatherings with more than 500 people — nobody asks for them in restaurants or bars, though staff usually take your temperature at the door.

As for kisses on the cheek to say hello? They continue to be awkward with face masks. Life is mostly back to normal in Sao Paulo, but the persistence of elbow bumping is among the few reminders that it's still 2021.