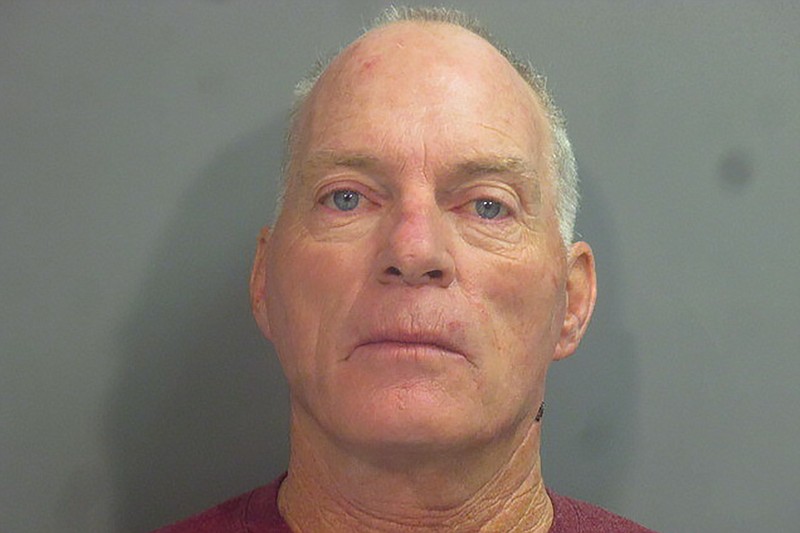 The case of a Gravette man charged in the Jan. 6 U.S. Capitol riot has been continued until Feb. 1 to give federal prosecutors more time to sift evidence.

"I think it will be time at that point to fish or cut bait," U.S. District Judge Christopher R. Cooper said during a teleconference hearing Tuesday from the District of Columbia.

Cooper said by Feb. 1 it would be time to set a date for either a trial or change-of-plea hearing.

Richard "Bigo" Barnett, 61, faces seven charges in connection with the Capitol incursion, including one accusing him of being in the Capitol with a dangerous weapon -- a stun gun. Barnett was photographed with his feet on a desk in House Speaker Nancy Pelosi's office suite.

Barnett pleaded innocent to the charges.

In Tuesday's hearing, Assistant U.S. Attorney Mary L. Dohrmann asked for the extension. She cited the "global discovery production" related to all of the Jan. 6 defendants. She said that discovery includes searchable Capitol television footage and body-worn camera footage.

"We expect that global production to be substantially complete by the end of this calendar year," Dohrmann told the court.

"In many of these cases, the defendants have either accepted a plea or trial dates have been set," said Cooper. "Trial dates are being set each and every day. Why is this case any different? Why should we wait another 60 days before setting a trial date?"

Barnett's attorney, Joseph McBride, told the judge "we need to get our eyes" on all the discovery material before making any final decisions.

"Right now the case is on track for trial, but that is subject to developments, positively or negatively," said McBride.

He said his client, who isn't incarcerated, doesn't have a problem waiting another two months.

Barnett was incarcerated from Jan. 8 to April 27, first in Fayetteville and later in Washington, D.C.

Cooper set Barnett's next status hearing for Feb. 1 and tolled time from speedy-trial calculations from Tuesday until Feb. 1.

The Jan. 6 riot escalated from a "Stop the Steal" rally in which supporters of former President Donald Trump entered the Capitol and attempted to stop Congress from certifying the Electoral College vote indicating that Joe Biden had won the presidential election.

Two other Arkansans also were arrested in connection with the riot: Peter Francis Stager of Conway and Jon Thomas Mott of Yellville.

They also pleaded innocent. Trials haven't been scheduled yet for any of the three Arkansans defendants.

Mott, who has remained free pending trial, is charged with four misdemeanors over his presence in the Capitol that day. His next court hearing is set for Jan. 21.

Stager, who is accused of using a flagpole to beat a police officer outside the U.S. Capitol, has his next court hearing set for Feb. 7. He remains incarcerated in the District of Columbia jail.