Exits have slowed but go on, as cry rises for nations to do more to facilitate escapes by The Associated Press | November 28, 2021 at 3:10 a.m. 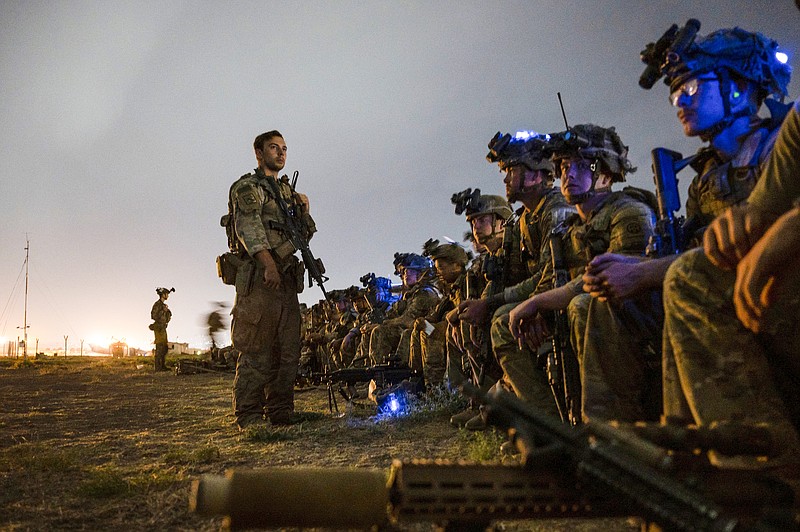 FILE - In this photo provided by the U.S. Air Force, soldiers, assigned to the 82nd Airborne Division, prepare to board a U.S. Air Force C-17 Globemaster III aircraft in support of the final noncombatant evacuation operation missions at Hamid Karzai International Airport in Kabul, Afghanistan, Aug. 30, 2021. The U.S. airlifted 124,000 people out of Kabul over about six weeks as the American-backed Afghan military and government fell to the Taliban. (Senior Airman Taylor Crul/U.S. Air Force via AP, File)

WASHINGTON -- The evacuation of American citizens and others from Afghanistan didn't end with the Aug. 30 departure of the last U.S. troops, but it did slow to a trickle. The U.S. airlifted 124,000 people from Kabul, the capital, over about six weeks as the American-backed Afghan military and government fell to the Taliban.

Since then, several thousand people have managed to get out, mostly on flights arranged by the State Department or private groups and individuals. That includes some high-profile efforts, such as the Nov. 18 flight chartered by reality TV star Kim Kardashian West for members of Afghanistan's women's youth development soccer team and their families.

Most of the departures, however, have been carried out quietly for remaining American citizens, U.S. residents or people with the special immigrant visa for those who worked as military interpreters or otherwise aided the 20-year, Washington-led war effort. But people involved in these efforts are calling on the United States and other nations to do more to help people escape Taliban rule.

A look at the current situation:

The 124,000 people evacuated in the initial phases included about 6,000 American citizens. Some Afghans from these flights have been temporarily moved to at least eight countries that agreed to take people who may ultimately reach the U.S. as refugees or will be resettled elsewhere.

The U.S. has so far admitted 73,000 Afghans from this initial phase. They will eventually move to communities around the United States with assistance from private organizations. About 40,000 are still being housed at seven military bases in the U.S. as they complete immigration and medical processing and await resettlement.

In September, the Taliban started to allow some charter flights to leave the country with American citizens, U.S. residents and visa holders, as well as people from other countries and Afghans with proper travel documents.

Private organizations with names such as Allied Airlift 21 and Task Force Argo have reported getting charter flights out with hundreds of people. The State Department has chartered flights and says it has evacuated 435 American citizens and 325 people with permanent U.S. resident status -- green card holders -- since Aug. 30.

People involved in these efforts estimate the total number evacuated at perhaps about 8,000. It's limited for many reasons, including the fact that people are in hiding or have destroyed or lost personal documents when the Taliban took.

Applying for an immigrant visa to the U.S. at this point is difficult because the the American Embassy has closed. Qatar recently agreed to handle some consular services for the U.S.

Biden administration officials said this month they believe several hundred remain in Afghanistan. The State Department continues to offer passage out to any citizens or people with permanent resident status.

As the U.S. military evacuation ended, Secretary of State Antony Blinken put the number of Americans left behind at under 200, "likely closer to 100." The number flown out by the State Department since then is more than four times that amount.

Blinken has since said the department is in contact with American citizens who have indicated they want to leave. But private organizations such as Task Force Argo and others say they have heard from dozens of people in Afghanistan who have yet to be contacted by the U.S. government.

Human rights groups and organizations working to help Afghans say there are at least tens of thousands of people in Afghanistan who could face reprisals and need to escape. That includes people who worked for the U.S.-backed government or military but also members of ethnic minorities or people who are lesbian, gay, bisexual, transgender or queer.

Some have fled on their own to other countries and may be able to apply to get to the U.S. elsewhere as refugees.

AfghanEvac is a coalition of more than 100 organizations working to help people get out of Afghanistan country. Many of those groups were started by military veterans.

Representatives from AfghanEvac recently met with Blinken as part of a campaign to persuade the U.S. to step up the evacuation effort.

Groups are also enlisting help from Congress, hoping to expand the categories of people who would qualify for the special immigrant visa, perhaps to include those who served in elite Afghan military units. Some are also seeking more financial support from the U.S. government. 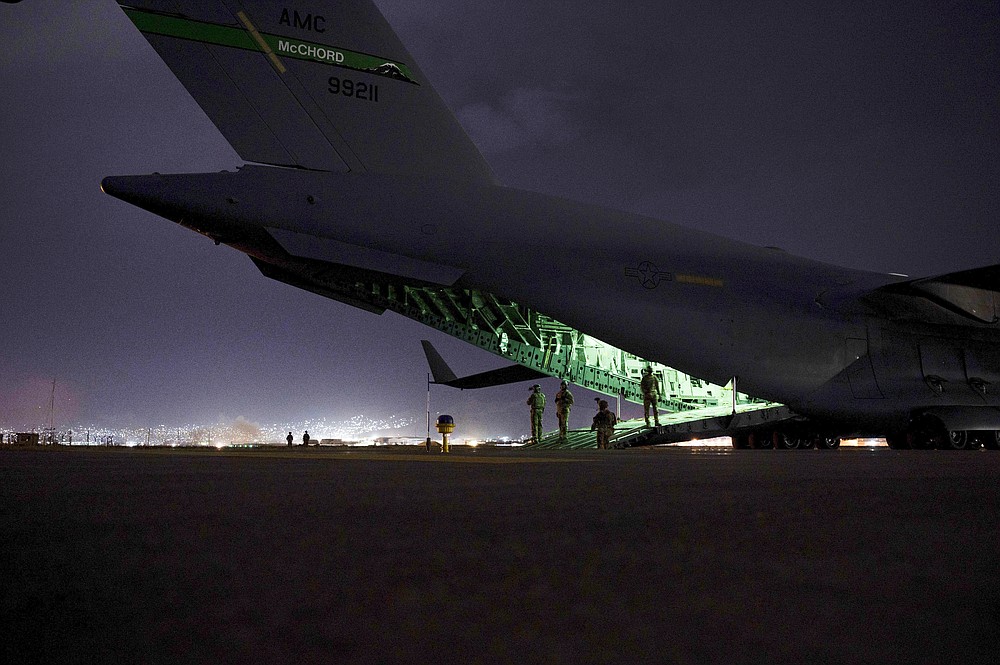 FILE - In this photo provided by the U.S. Air Force, an Air Force aircrew, assigned to the 816th Expeditionary Airlift Squadron, prepares to receive soldiers, assigned to the 82nd Airborne Division, to board a U.S. Air Force C-17 Globemaster III aircraft in support of the final noncombatant evacuation operation missions at Hamid Karzai International Airport in Kabul, Afghanistan on Aug. 30, 2021. The U.S. airlifted 124,000 people out of Kabul over about six weeks as the American-backed Afghan military and government fell to the Taliban. (Senior Airman Taylor Crul/U.S. Air Force via AP, File)