Move comes at emergency meeting in French port of Calais on migrant activity by The Associated Press | November 29, 2021 at 3:49 a.m. 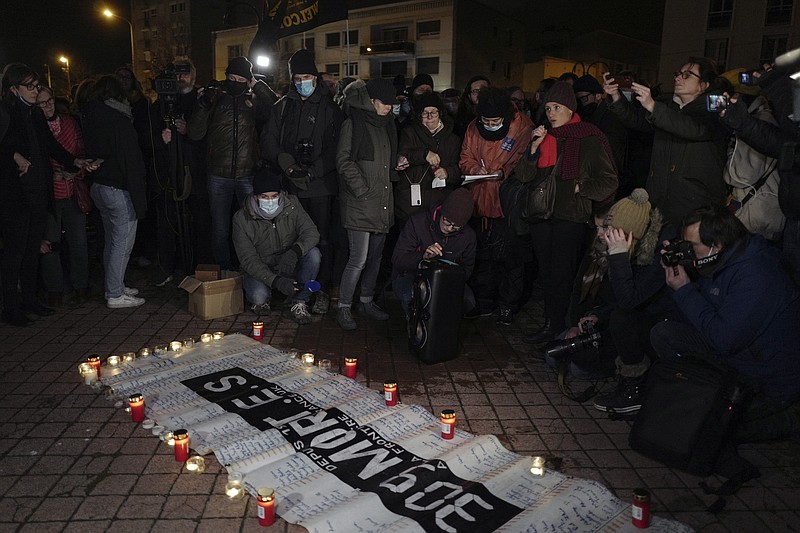 Activists and members of associations defending migrants' rights stand next to a banner reading &quot;309 dead on the France UK border since 1999&quot;, during a gathering outside the port of Calais, northern France, Thursday, Nov. 25, 2021. Children and pregnant women were among at least 27 migrants who died when their small boat sank in an attempted crossing of the English Channel, a French government official said Thursday Nov. 24, 2021. French Interior Minister Gerald Darmanin also announced the arrest of a fifth suspected smuggler thought to have been involved in what was the deadliest migration tragedy to date on the dangerous sea lane. (AP Photo/Rafael Yaghobzadeh)

CALAIS, France -- The European Union's border agency will dispatch a plane to monitor the shores of the English Channel for migrant activity after 27 people died when their overcrowded, inflatable boat sank en route to Britain, the deadliest migration accident on record on the treacherous crossing.

European migration officials agreed on the new deployment at an emergency meeting Sunday in the French port of Calais. They also pledged to work together more closely against migrant smuggling networks and the trade in inflatable boats that are being used in increasingly frequent journeys by people fleeing conflict or poverty in Afghanistan, Sudan or beyond.

U.K. officials were notably absent from the gathering at the Calais City Hall, after Wednesday's sinking prompted a new political crisis between Britain and France. The neighbors accuse each other of not doing enough to deter people from crossing the Channel, and countries across the European Union have long argued over how to manage migration.

German, Dutch and Belgian ministers also took part in the meeting, and participants stressed the need to cooperate with the U.K. Such cooperation has been complicated by Britain's departure from the EU this year.

"This meeting was not anti-English. It was pro-European," Darmanin said. "We want to work with our British friends and allies."

British Home Secretary Priti Patel said it was "unfortunate" that she was uninvited to the meeting and reiterated Britain's proposal for returning migrants to France. French officials firmly rejected the idea when it was initially proposed.

The meeting Sunday focused on smuggling networks, who charge from $3,400 to $7,900 for the journey across the Channel. Darmanin said a car with German license tags was seized in connection with the investigation.

Earlier Sunday, Patel met with Dutch Migration Minister Ankie Broekers-Knol and stressed "the need for European partners to work together" through shared intelligence and joint police initiatives, according to her office.

"Both agreed that return agreements are essential for breaking the criminal business model," it said.

At makeshift camps along the French coast, clusters of people from Sudan, Iran and Iraq huddled under the chilly rain, waiting for their chance to cross the Channel. They're undeterred by Wednesday's deaths or by the stepped-up beach patrols. 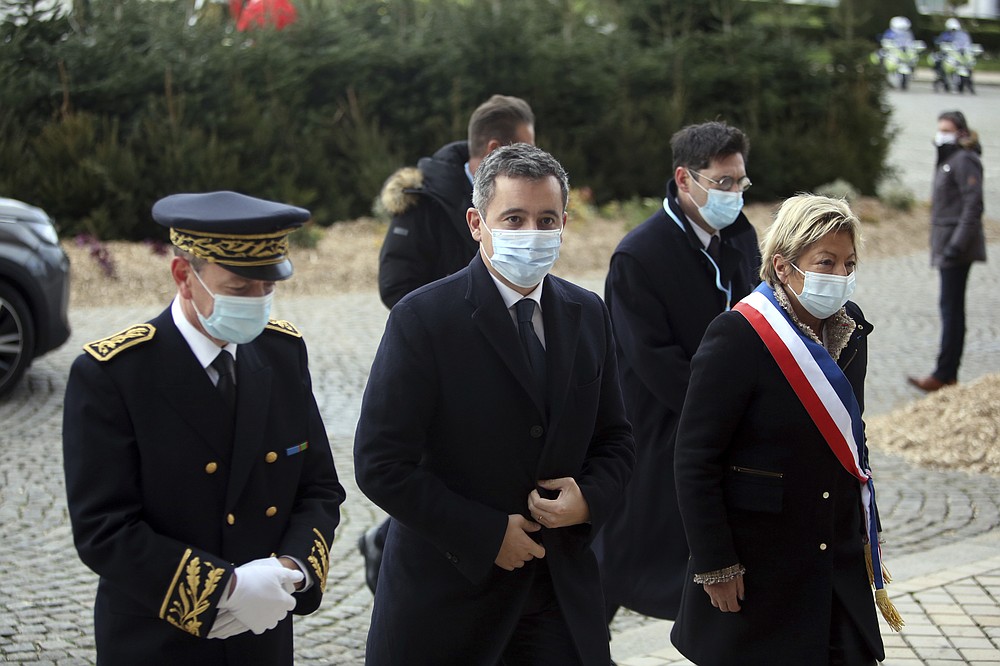