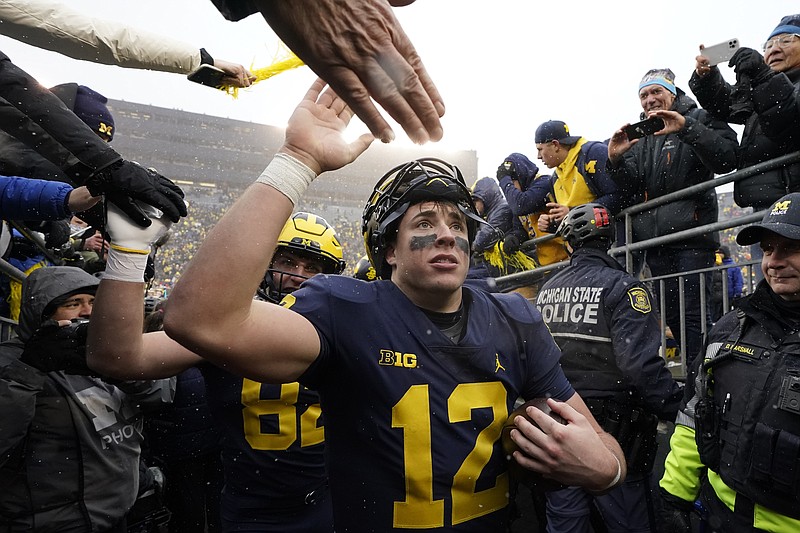 Michigan quarterback Cade McNamara greets fans as he exits the field after the second half of an NCAA college football game against Ohio State, Saturday, Nov. 27, 2021, in Ann Arbor, Mich. (AP Photo/Carlos Osorio)

Conference champions will be crowned, bowl selection pecking orders will be locked in and more clarity will emerge about which teams will and won't be among the four picked for the College Football Playoff.

It's Championship Week, and while the matchups for the conference title games Friday and Saturday include many of the usual suspects, there are some joining the party for the first time -- or the first time in a while.

Start with Michigan, which had zero appearances in the previous 11 Big Ten championship games. The Wolverines are in after knocking off Ohio State to win the East Division. Their opponent, Iowa, is in for the second time and the first since 2015.

Oklahoma State clinched its first appearance in the Big 12 championship game a week before its breakthrough win over six-time defending league champion Oklahoma.

Wake Forest is back in the Atlantic Coast Conference game for the first time since 2006.

A rundown of the games, with CFP ranking:

NOTABLE Oregon is first team to make title game three straight times and will be appearing for fifth time. Ducks are 4-0 in the game, including a 37-15 win over Utah in 2019.

STAKES Winner to CFP, and loser could be in line for CFP spot depending on score margin and results of other conference championship games.

NOTABLE In the team's only previous meeting, current QB Kenny Pickett and the Panthers beat the Demon Deacons to clinch a spot in the 2018 ACC title game, where they lost to Clemson.

STAKES Michigan to CFP if it wins; Iowa in line for Rose Bowl bid if it wins.

NOTABLE Michigan's Aidan Hutchinson and David Ojabo are 1-2 in the Big Ten in sacks with a combined 24; Iowa is 94th nationally in sacks allowed.

STAKES Both teams will go to a bowl.

NOTABLE Western Kentucky has won seven in a row since losing to the Roadrunners, all by at least 15 points.

STAKES Both teams will go to a bowl.

NOTABLE Huskies have won seven of the nation-leading nine one-score games they've played. The loss to Kent State was one of the two they didn't.

NOTABLE Utah State, picked fifth in the Mountain Division, won six games after trailing by double digits and went 6-0 on the road.

STAKES Both teams will go to bowls.

NOTABLE This will be the third time these teams have met in the four-year history of the game. App State won the previous two.

STAKES Cincinnati is in line for CFP spot if it wins; Houston will go to bowl win or lose.

NOTABLE The defending champion Bearcats have won 15 in a row against conference opponents and 19 of their last 21. 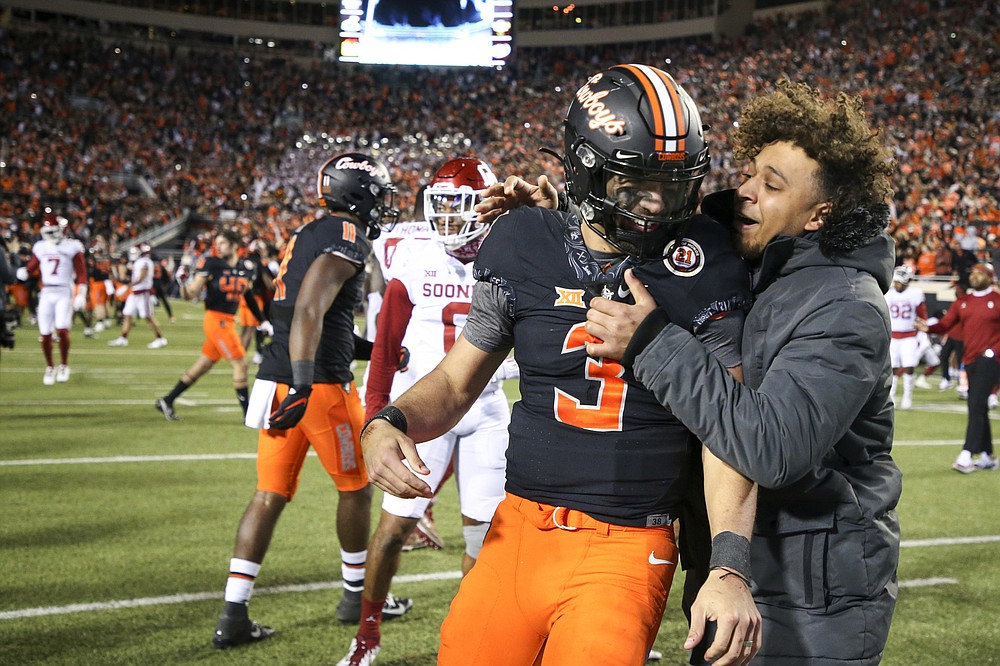