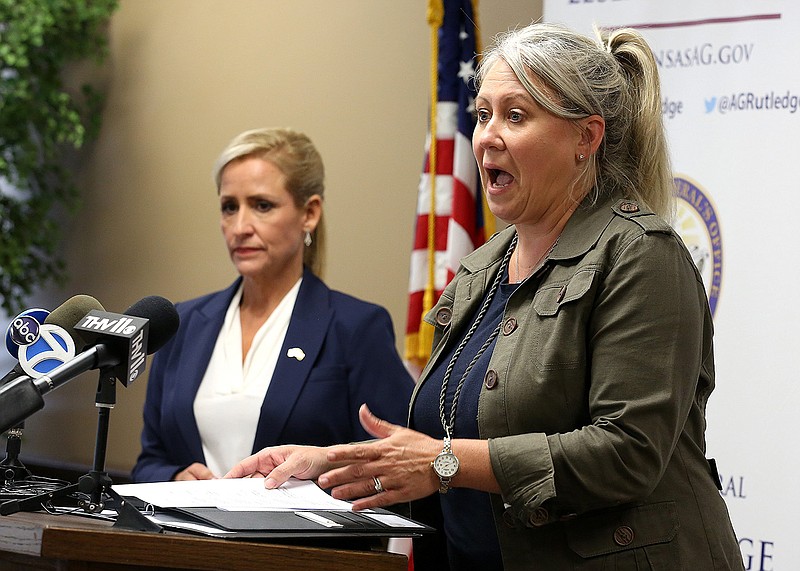 Arkansas Attorney General Leslie Rutledge announced a $15.2 million settlement with one of the largest Medicaid managed care companies in the United States -- Centene Corp. -- after it overcharged the state for prescription drugs.

"I will always fight to protect Arkansans, and this settlement with Centene is a big step in repairing the damage it did by taking advantage of Arkansans," she said.

Rutledge said Centene and its subsidiaries, which worked as a pharmacy benefit manager, overcharged Arkansas' Medicaid program, which tasked the companies to help manage its prescription drug program.

Pharmacy benefit managers work as go-betweens for health insurance providers and pharmacies. The Centene subsidiaries, Arkansas Total Care and Envolve Pharmacy Solutions Inc., negotiated with pharmacies for prescription drugs for the Arkansas Medicaid program, tasking it to reimburse pharmacies for drugs and to negotiate rebates.

In 2017 and 2018, Envolve subcontracted the reimbursement payments to CVS Caremark, but failed to disclose the discounts Envolve received for ingredient costs and dispensing fees from CVS, inflating the bill it charged the state, Rutledge said. Centene overcharged the state roughly $2.7 million, according to Deputy Attorney General Shannon Halijan.

As part of the settlement, Arkansas will receive two payments from Centene. The first will be within 45 days and another within the year, Rutledge said.

This is not the only time Centene has been accused of overcharging for prescription drugs. Also Thursday, Illinois Attorney General Kwame Raoul announced a $56 million settlement with the company.

In June, Mississippi's and Ohio's attorneys general announced settlements with Centene over allegations that the company overcharged those states' Medicaid programs. As part of the settlements, Ohio received $88.3 million, and Mississippi received $55.5 million.

"This no-fault agreement reflects the significance we place on addressing their concerns and our ongoing commitment to making the delivery of healthcare local, simple and transparent," a Centene spokesperson said in a released statement. "Importantly, this allows us to continue our relentless focus on delivering high-quality outcomes to our members."