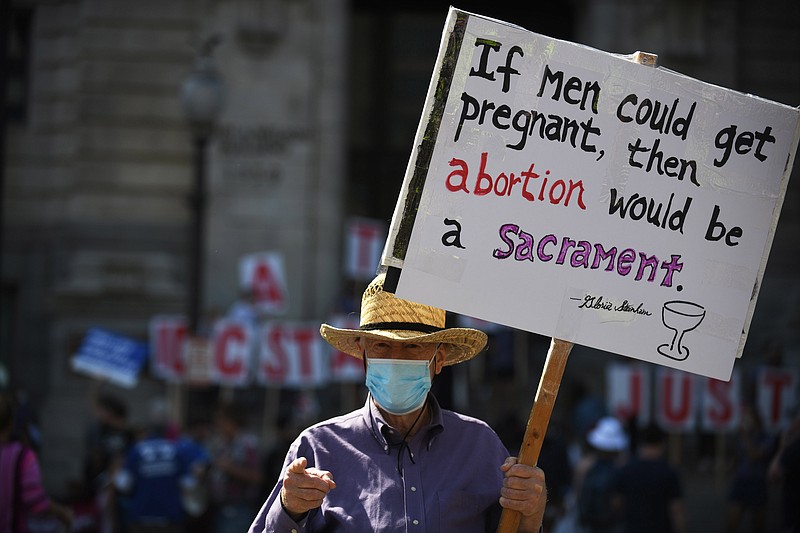 Women and their male supporters gather at Freedom Plaza in Washington on Saturday for the Women's March. MUST CREDIT: photo for The Washington Post by Astrid Riecken.

WASHINGTON -- Thousands of protesters marched at rallies in Washington and in cities across the country Saturday, decrying Texas' recent ban on most abortions and warning that the U.S. Supreme Court's conservative majority could impose further restrictions in coming months.

Amassing in downtown Washington, D.C., before marching to the Supreme Court, a roster of speakers bemoaned a looming threat to Roe v. Wade and implored Americans to enlist in a nationwide campaign to preserve women's abortion rights.

[Video not showing up above? Click here to watch » arkansasonline.com/103dcmarch/]

[Video not showing up above? Click here to watch » arkansasonline.com/103cleveland/]

"Not only is abortion health care, but at my organization we also believe it's self-care," Marsha Johns, executive director of the Ayiha Center, a Texas-based abortion rights organization, said. "You can no longer tell us what to do with our bodies."

The day of demonstrations, organized by the Women's March, was the first the group has sponsored since former President Donald Trump left office in January. Trump's 2016 election catalyzed the first Women's March, which drew millions of protesters to Washington and around the country and is widely considered the largest single-day demonstration in the country's history, inspiring people to become first-time protesters, activists and politicians.

Attendance at subsequent marches has declined. But organizers are hoping to energize the movement around threats to Roe v. Wade, the 1973 Supreme Court case that protects a person's right to an abortion. With a 6-3 conservative majority on the high court, many now fear that Roe could be in jeopardy.

In addition to the protest in Washington, organizers said they planned more than 600 demonstrations across the country.

At a protest in Jackson, Miss. a group of women in their 60s questioned whether younger women would fully grasp the consequences of Roe being overturned. Lisa White, 65, who traveled 170 miles from her home in Bay St. Louis, Miss., said the way women's rights are being "slashed across the board" evokes reminders of her youth when she said her aspirations of going to law school were dismissed by men who thought "women should be barefoot and pregnant."

"I was not taken seriously," said White, who attended law school in Connecticut. "I had to fight for everything I got."

In San Francisco, the thousands of marchers along Market Street included Jessie Reynolds, 20, a student who said she began to follow politics only recently after becoming aware of the Black Lives Matter movement.

"That was my 'coming to Jesus' moment," she said. Referring to the abortion-rights movement, she said she hoped the march would "put the fire back in women. I wasn't a part of this fight up until this year, and I'm hoping that a lot of other people have turned that switch on."

The D.C. demonstration also drew hundreds of antiabortion protesters, including a couple of dozen who sought to disrupt a morning faith service hosted by abortion activists at Freedom Plaza.

"Woe to you!" one man protesting abortion yelled. "The blood of innocent babies is on your hands!"

To drown him out, the crowd erupted in singing and clapping.

After the speeches at Freedom Plaza, thousands of protesters marched along Pennsylvania Avenue, led by an all-female drum line and chanting, "My body! My choice!"

At the Supreme Court, they were met by another group of counterprotesters who greeted them with a banner that read "We are the pro-life generation."

"We're leading what should be the true message of a women's march," said Michele Hendrickson, 35, the director of strategic initiatives for Students for Life of America. "If we want to talk about women empowerment, then we shouldn't be feeding women a lie that they need abortion to succeed."

Alveda King, an evangelical minister and antiabortion activist who is the niece of Martin Luther King Jr., stood in front of the Supreme Court and prayed. "We are crying out for the babies," King said. "What you've done in Texas, do it across the country."

As the march ended outside court, protesters and counterprotesters exchanged chants -- "Pro- life! Pro women!" one side shouted, "My body! My choice!" the other side countered -- until U.S. Capitol Police officers separated them.

Information for this article was contributed by Donovan Thomas, Sarah Thomas, Ellie Silverman and Scott Clement of The Washington Post. 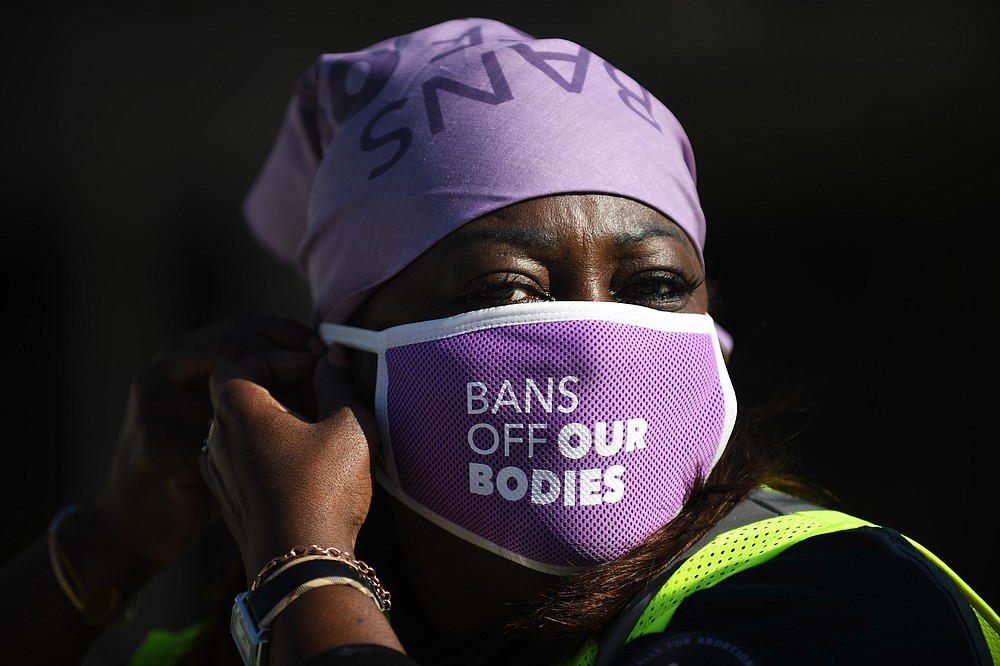 Volunteers, among them Debora Mims, 56, from D.C., gathered Saturday at Freedom Plaza for the Women's March. MUST CREDIT: photo for The Washington Post by Astrid Riecken. 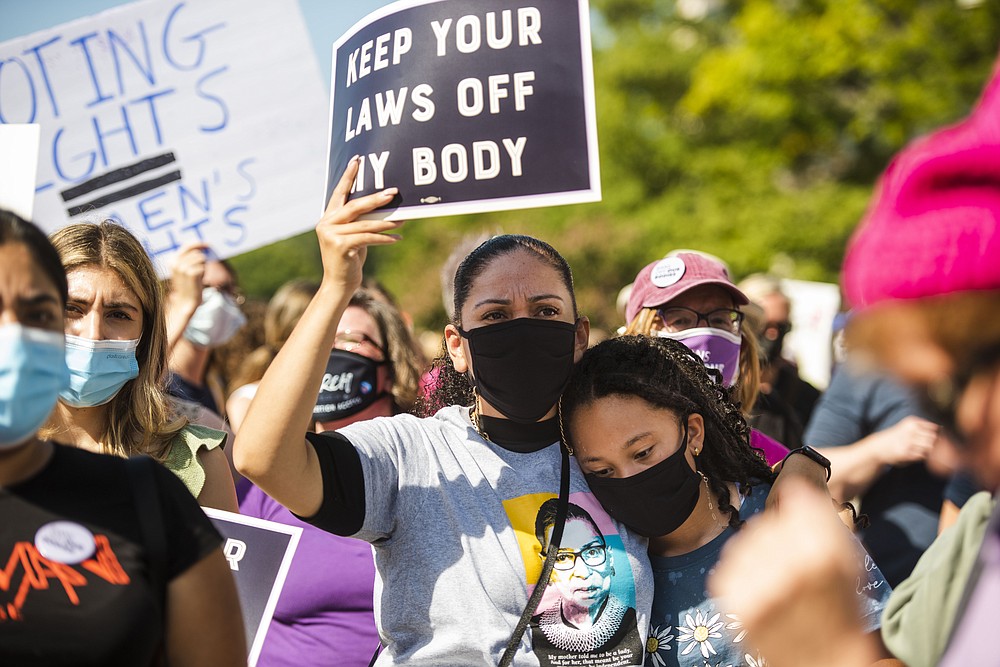 Emily Romero, 11, and her mother Gypsy Romero attend a rally in Freedom Plaza on Saturday as part of demonstrations across the country in support of abortion rights. MUST CREDIT: photo for The Washington Post by Amanda Voisard.