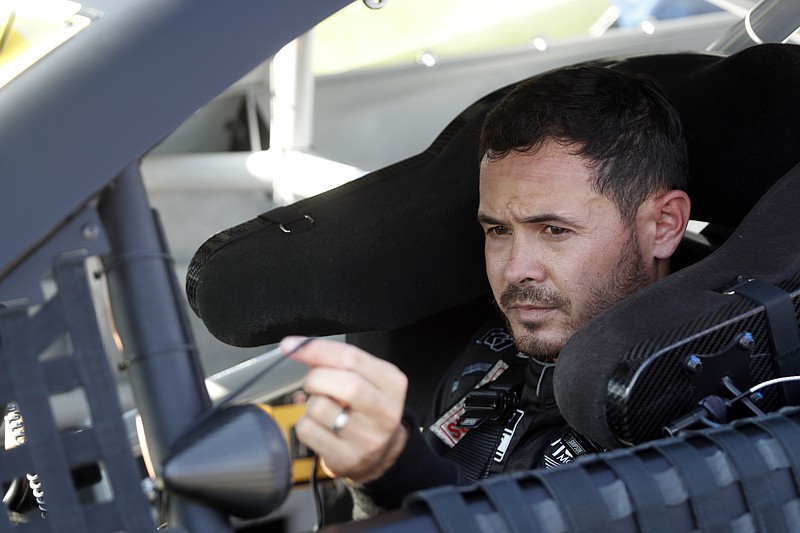 TALLADEGA, Ala. -- Denny Hamlin is already through to the third round of NASCAR's playoffs with nothing to worry about at Talladega Superspeedway.

His championship rivals? Not so much.

NASCAR's challenging second round of the playoffs -- three wildly different circuits -- moves today to the behemoth 2.66-mile Alabama superspeedway where luck is as important as skill. The white-knuckled race falls between Las Vegas, a traditional 1.5-mile speedway where Hamlin won last week, and the twists and turns of the hybrid oval/road course at Charlotte Motor Speedway next week.

The unpredictability expected this week and next has the 11 drivers vying for seven remaining playoff slots slightly on edge.

"You can't freak out and try any harder because I'm already trying as hard as I can," said Alex Bowman, who narrowly raced his way through to the second round only for Las Vegas to drop him right back to 11th out of 12 in the standings.

"We're not in a great spot and we're going to a place that's a huge wild card," he said. "We've just got to wait and see how it shakes out. If it works out for us, it does. And if it doesn't, it doesn't."

Hamlin, who automatically advanced to the third round with his Las Vegas victory, is the defending race winner, and Brad Keselowski scored his only win of the season at Talladega in April. Keselowski returns to the track only four points above the cutline, a mere two points separating him and teammate Joey Logano.

"It is stressful because your whole season can be decided this weekend and that may be somewhat out of your control," said Logano, who has never been eliminated before the round of eight.

"This is the round that a true championship contender can be a surprise knockout."

The four drivers below the cutline headed into Talladega are William Byron, Kevin Harvick, Bowman and Christopher Bell. Harvick is 1 for 41 at Talladega and his fourth-place finish in April was only his third top-10 in nine races, a span that included two race-ending crashes.

"It's been a destruction derby over the last couple of years," Harvick said. "It's one of those places where you want to race up front and race hard all day. ... I believe you have better odds at the front of the pack when it comes to staying out of a wreck if you can keep that track position all day.

"You're going to race in a pack, three-wide at times, and you're going to get pushed and have to push at times. You just never know what's going to happen because Talladega is its own animal. It's hard to finish a race there."

Ryan Blaney, a two-time Talladega winner who is above the cutline alongside his Team Penske teammates Keselowski and Logano, said drivers need the same mindset for this playoff race as any other event.

"You have to be aware that you can get wiped out and it's none of your doing. We've all been there. You're just minding your own business and you get blindsided and you're destroyed the next thing you know," Blaney said. "But you can't let that eat at you. You've just got to say, 'Let's focus and let's do these things like we know how to do them, and go racing.'" 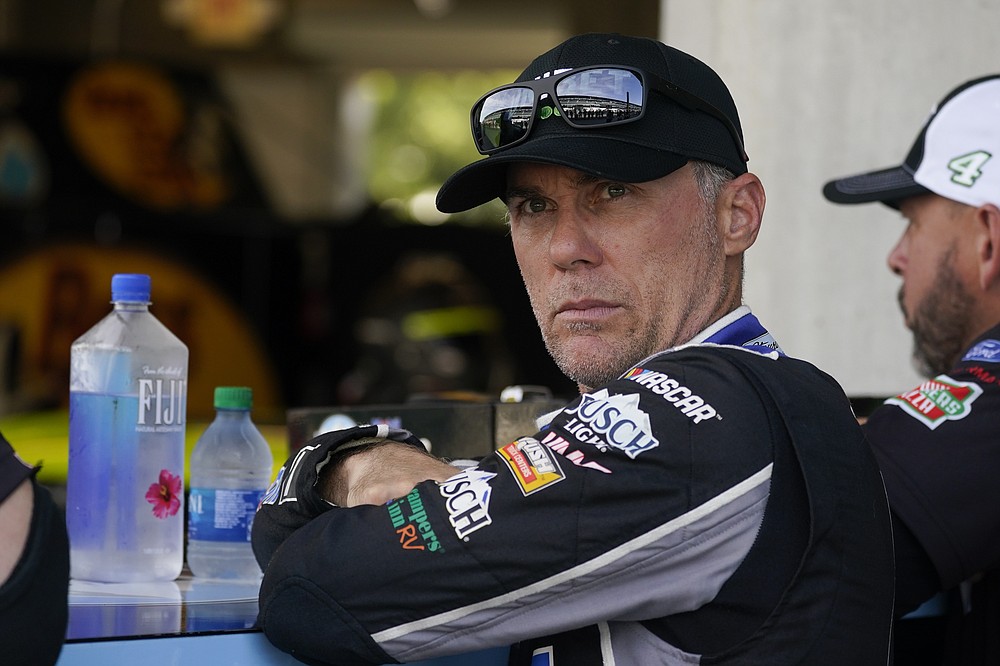 FILE - In this Saturday, Aug. 14, 2021, file photo, Kevin Harvick waits in his garage before practice for a NASCAR Cup Series auto race at Indianapolis Motor Speedway, in Indianapolis. Chase Elliott, according to Harvick, doesn't race very smart. In fact, moving forward in NASCAR's playoffs, Harvick plans to run all over the reigning Cup champion. Those were the angry words Harvick had for Elliott after the race at Bristol Motor Speedway, Saturday, Sept. 18, where a feud no one saw coming took center stage. (AP Photo/Darron Cummings, File) 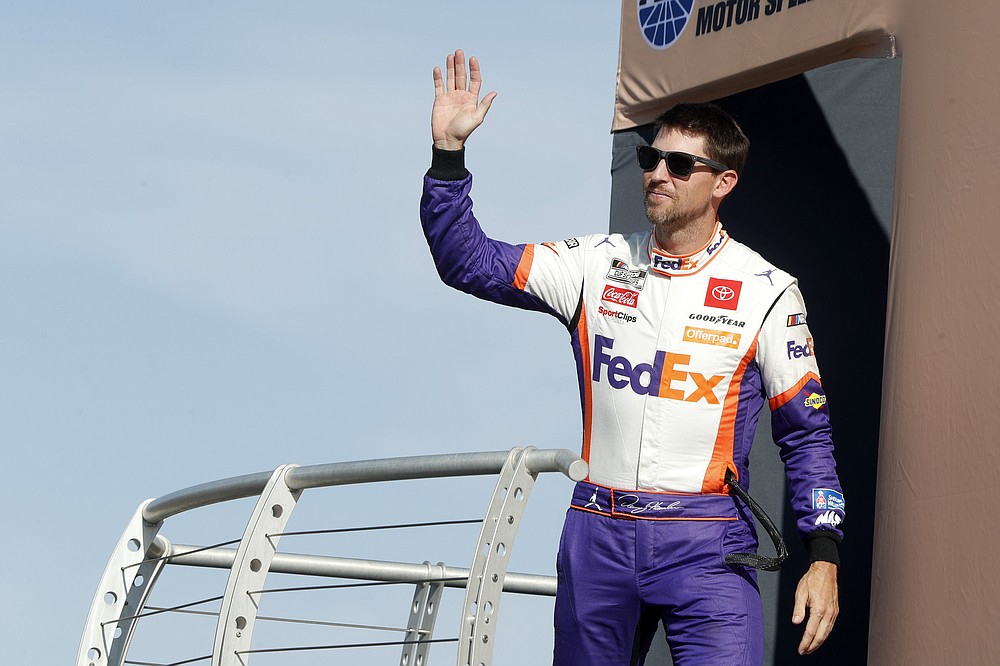 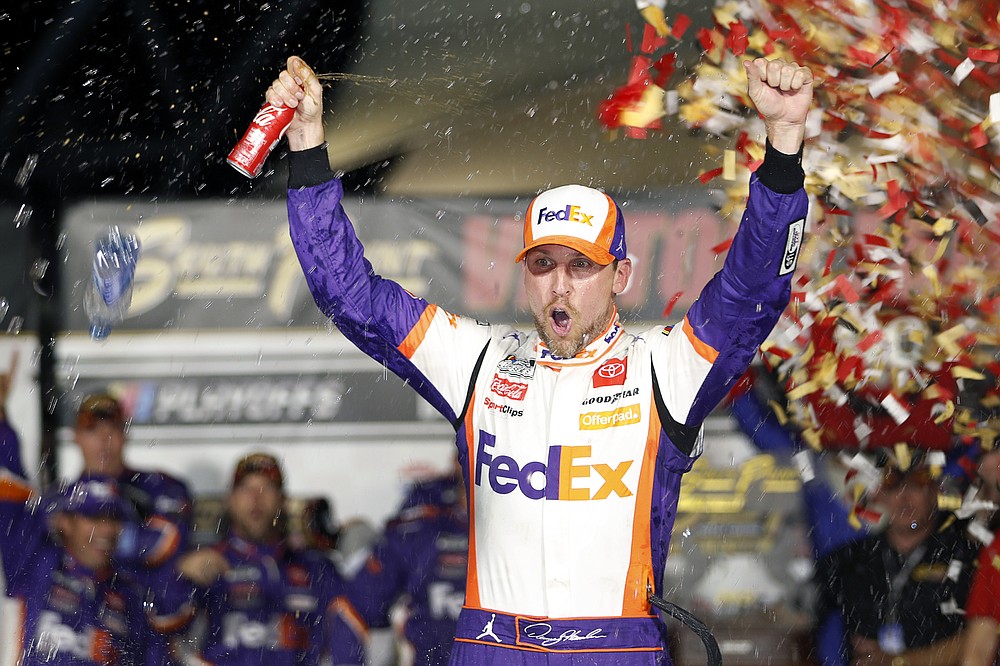