OPINION | READ TO ME: ‘Rosie the Truffle Hound’ runs away with her bicycle and gets a job 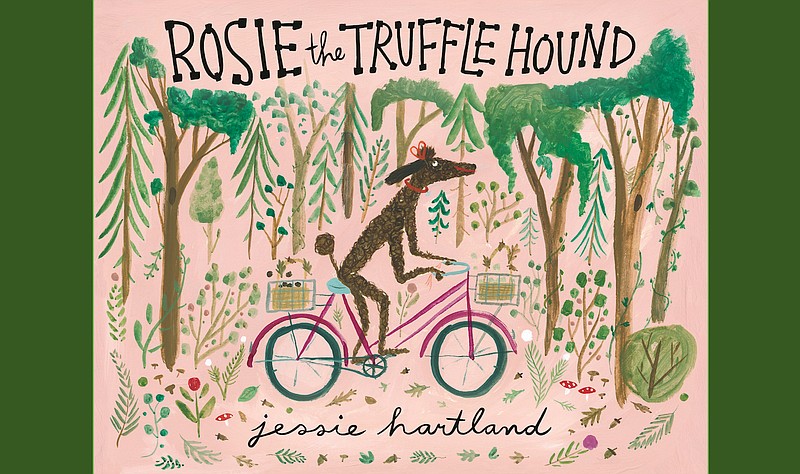 Whimsical humor is most delightful when the writer appears to apply logic relentlessly to a fanciful situation but, really, the logic is fanciful and the situation is relentless.

Here we have a curly coated dog loved by a family of chocolatiers. They specialize in chocolate truffles, which the dog enjoys smelling. But, as the story goes, "Rosie can't eat them because, as you may know, chocolate is poisonous for dogs. So one day, she runs away."

Maybe she's a standard poodle, I don't know, but there's nothing standard about Rosie. She rides a bicycle, for one thing. Also, she has had nothing to do. Well, we did see her stirring a batter bowl in the busy kitchen.

She pedals from her pretty village to a wonderfully stinky city; but Rosie doesn't have time for sightseeing. She has gotta get a job.

She finds promising positions, but they don't work out because she gets herself fired.

One of the funniest scenes involves bulletin boards with job postings. There is a board for Cat Jobs, one for Dog Jobs, one for Bird Jobs. Anthropomorphic animals like Rosie stand in front of posters that say things like "Birds nests needed for bird nest soup" and "Lap dog?"

Rosie likes the one that reads, "Wanted! Dog with a keen sense of smell."

She bikes into a nicely described forest to find the proprietor of a shop that sells the other kind of truffles, the fungi. Only dogs and pigs are good at finding such truffles in the woods, we learn, and pigs tend to eat them when they find them. The man says he just had to fire a pig.

This much should give you a sense of the tendencies of the storytelling here, and so I won't spoil the rest ... except to say that Rosie does very well in her new job, but she misses her family.

Hartland received good notices for her earlier picture book "My Tiny Pet," in which a family downsizes into a tiny house and the daughter, who wants a pet, chooses a tardigrade. It's not as droll as "Rosie," but sometimes the girl does carry her microscopic pet in a miniature house on top of her hat.

Read to Me is a weekly review of brief books for youngsters.