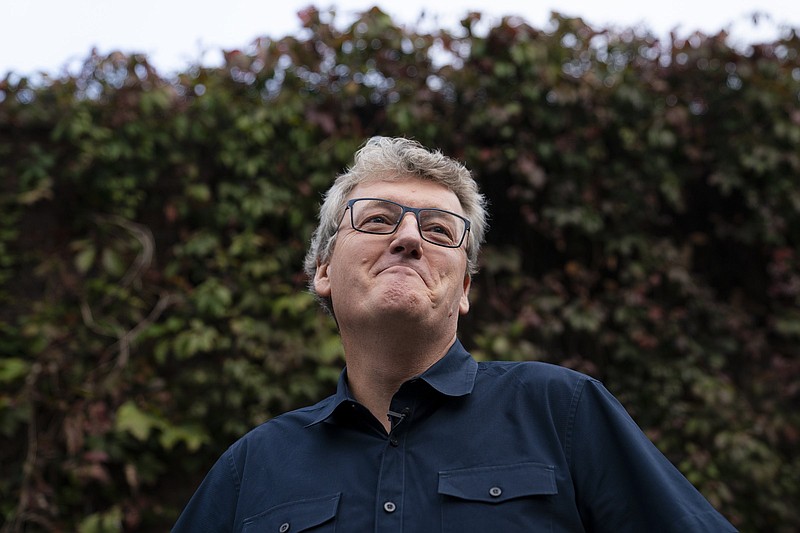 David W.C. MacMillan, one of two winners of the Nobel Prize for chemistry, smiles as he is interviewed outside the Frick Chemistry Laboratory and Department of Chemistry at Princeton University, Wednesday in Princeton, N.J. (AP/John Minchillo)

STOCKHOLM -- Two scientists won the Nobel Prize in chemistry Wednesday for finding an ingenious and environmentally cleaner way to build molecules -- an approach now used to make a variety of compounds, including medicines and pesticides.

The work of Benjamin List and David W.C. MacMillan has allowed scientists to produce those molecules more cheaply, efficiently, safely and with significantly less hazardous waste.

It was the second day in a row that a Nobel rewarded work that had environmental implications. The physics prize honored developments that expanded understanding of climate change, just weeks before the start of global climate negotiations in Scotland.

The chemistry prize focused on the making of molecules. That requires linking atoms together in specific arrangements, an often difficult and slow task. Until the beginning of the millennium, chemists had only two methods -- or catalysts -- to speed up the process, using either complicated enzymes or metal catalysts.

That all changed when List, of the Max Planck Institute in Germany, and MacMillan, of Princeton University in New Jersey, independently reported that small organic molecules can be used to do the job. The new tools have been important for developing medicines and minimizing drug manufacturing glitches, including problems that can cause harmful side effects.

[Video not showing up above? Click here to watch » arkansasonline.com/107nobelchem/]

Johan Aqvist, chairman of the Nobel panel, called the method as "simple as it is ingenious."

"The fact is that many people have wondered why we didn't think of it earlier," he added.

"I grew up in Scotland, a working-class kid. My dad's a steelworker. My mom was a home help. ... I was lucky enough to get a chance to come to America, to do my Ph.D.," he said.

In fact, he said at a news conference in Princeton, he was planning to follow his older brother into physics, but the physics classes in college were at 8 a.m. in a cold and leaky classroom in rainy Scotland, while the chemistry courses were two hours later in warmer, drier spaces. As he told that story, he said he could hear his wife pleading with him not to share it.

His said the inspiration for his Nobel-winning work came when thinking about the dirty process of making chemicals -- one that requires precautions he likened to those taken at nuclear power plants.

If he could devise a way of making medicines faster by completely different means that didn't require vats of metal catalysts, the process would be safer for both workers and the planet, he reasoned.

List said he did not initially know MacMillan was working on the same subject and figured his own hunch might just be a "stupid idea" -- until it worked. At that moment, "I did feel that this could be something big," the 53-year-old said.

Before the their work, "the standard catalysts frequently used were metals, which frequently have environmental downsides," Cheng said. "They accumulate, they leach, they may be hazardous."

The catalysts that MacMillan and List pioneered "are organic, so they will degrade faster, and they are also cheaper," he said.

[Video not showing up above? Click here to watch » arkansasonline.com/107macmillan/]

The Nobel panel noted that their contributions made the production of key drugs easier, including an antiviral and an anti-anxiety medication.

"They've found ways to not only speed up the chemical joining," he said, "but to make sure it only goes in either the right-handed or left-handed direction."

The ability to control the orientation in which new atoms are added to molecules is important. Failing to do so can result in side effects in drugs, the Nobel panel explained, citing the example of thalidomide, which caused severe birth defects in children.

Since the scientists' discovery, the tool has been further refined, making it many times more efficient.

Peter Somfai, another member of the committee, stressed the importance of the discovery for the world economy.

"It has been estimated that catalysis is responsible for about 35% of the world's GDP, which is a pretty impressive figure," he said. "If we have a more environmentally friendly alternative, it's expected that that will make a difference."

The Nobel comes with a gold medal and 10 million Swedish kronor, or more than $1.14 million. The money comes from a bequest left by the prize's creator, Swedish inventor Alfred Nobel, who died in 1895.

Information for this article was contributed by Mike Corder and Ted Shaffrey of The Associated Press. 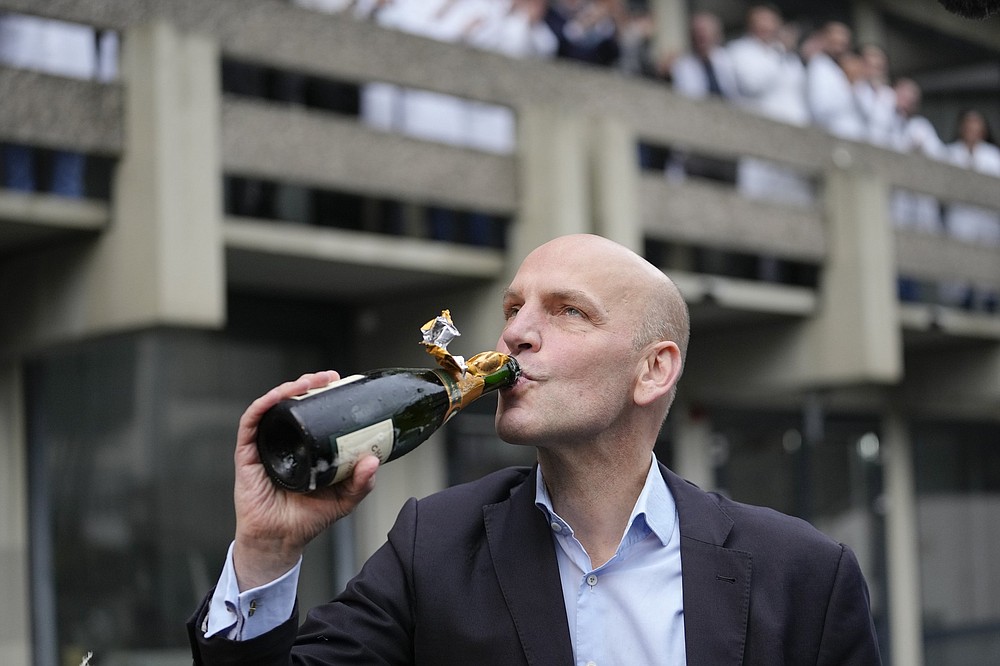