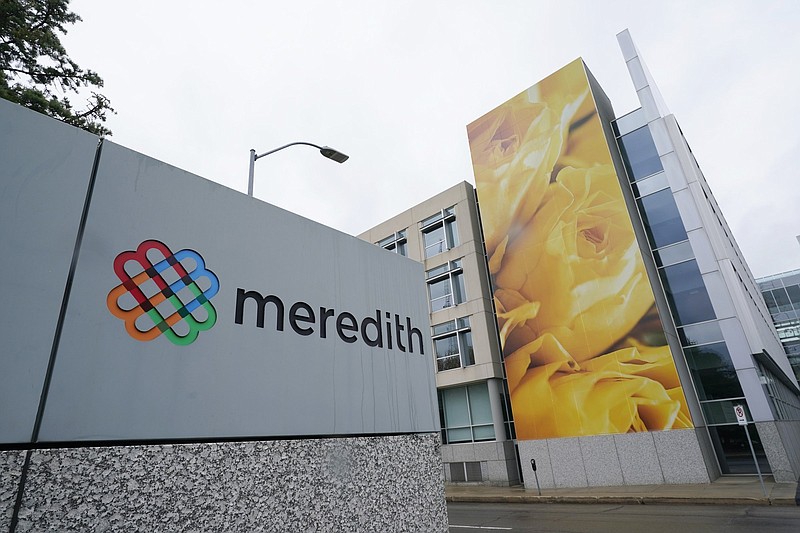 A digital-age magazine giant was born Wednesday with the announcement that Dotdash, a publishing unit of Barry Diller's InterActiveCorp., had reached an agreement to acquire Meredith Corporation, publisher of People, Better Homes & Gardens, InStyle, Entertainment Weekly, and roughly 40 other titles and digital brands.

The purchase price is about $2.7 billion, or $42.18 per share, the companies said in a joint announcement. If the deal goes through, the new company would be called Dotdash Meredith, and it would be led by Dotdash Chief Executive Officer Neil Vogel, the companies said.

Joey Levin, InterActiveCorp.'s CEO, said in a statement that the combination of the two companies would "offer uniquely engaged audiences to advertisers and partners." Tom Harty, CEO of Meredith, said in a statement. "We are thrilled to join forces to accelerate Meredith's digital future."

The merger would come as a hit to Des Moines, Iowa, where Meredith is a major employer. Dotdash Meredith is to be based in New York, at Dotdash's headquarters in the Chelsea neighborhood of Manhattan, an InterActiveCorp. spokesperson said.

A statement Wednesday from Meredith's vice chairman, Mell Meredith Frazier, said the Meredith family was proud of the company's achievements over the last 120 years, and that Dotdash Meredith would still be an "active member" of the Des Moines community. InterActiveCorp. spokesperson Valerie Combs said Dotdash Meredith "intends to maintain a presence and be a part of the community" in Des Moines.

Combs did not say there would be no layoffs, which are common after acquisitions, but said job cuts "are not our focus right now." In its presentation, InterActiveCorp. said it expected up to $50 million in savings in the first year of operations, and cost cuts typically mean job cuts.

Meredith, a longtime business presence in Iowa, had also agreed to sell off its TV-station operations earlier this year in a $2.8 billion deal with Gray Television.

Meredith was founded in 1902 by Edwin T. Meredith, later the agriculture secretary under President Woodrow Wilson, with a magazine called Successful Farming. It became a media behemoth in 2018, when it bought storied news media company Time Inc. for $2.8 billion.

InterActiveCorp., where Diller is chairman, is the company behind Tinder, Match and OKCupid. Its publishing unit, Dotdash, operates 14 lifestyle journalism sites, including Serious Eats and Investopedia. Dotdash got its start in the early 1990s as website About.com and became part of InterActiveCorp. in 2012, when Diller bought it for $300 million from The New York Times Company.

Dotdash showed signs of change in 2019, when it bought a venerable magazine, Brides, from Conde Nast, publisher of Vogue, Vanity Fair and The New Yorker. It soon scrapped the 85-year-old print version to concentrate on the Brides website. That acquisition was part of a buying spree that included Dotdash's purchases of Liquor.com, Treehugger and Simply Recipes.

At the time of the expansion, Vogel said his idea for Dotdash was that it would become "what the future of Conde Nast should be." The acquisition of Meredith puts the company closer to realizing that ambition.

Magazines have been crunched in recent years by readers' preference for digital over print, where advertising is less lucrative.

Charles Whitaker, dean of the Medill School of Journalism at Northwestern University in Illinois, said that in purchasing Time Inc., Meredith had been "wildly optimistic about the extent to which acquiring those brands would create these economies of scale and synergies that would help them fend off the Googles and Facebooks of the world."

He added, "This continued consolidation is obviously troubling. The more competition and the more companies that we have producing content, providing jobs and appealing to audiences is better for the industry."

Meredith slimmed itself down considerably in the years since its purchase of Time Inc., shedding three prominent Time Inc. titles that did not fit the company's specialty -- magazines about style, fashion, celebrity news and homemaking.

Time magazine, the flagship, went to Marc Benioff, CEO of Salesforce, and his wife, Lynne, for $190 million later in 2018. The company also sold Fortune, for $150 million, to Chatchaval Jiaravanon, a scion of a prominent Thai family, and Sports Illustrated, for $110 million, to Authentic Brands Group. (ABG later sold Sports Illustrated to TheMaven, which last month renamed itself the Arena Group.)

Meredith also sold another asset it had picked up in the Time Inc. deal -- Time Inc. U.K., publisher of Woman's Weekly and Wallpaper magazines -- to London private equity firm Epiris for a reported $167 million.

If the planned merger goes through, Dotdash Meredith would be a top-10 publisher in terms of audience size, according to internet metrics service Comscore, the companies said.

Information for this article was contributed by Marc Tracy of The New York Times and by Tali Arbel of The Associated Press.