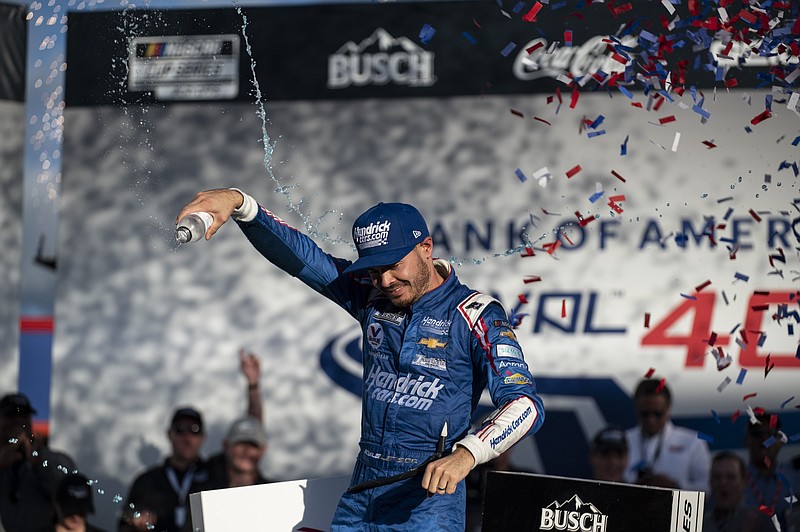 CHARLOTTE, N.C. -- Kyle Larson rallied from early electrical issues Sunday to win for the seventh time this season and storm into the third round of NASCAR's playoffs.

Larson's victory on The Roval at Charlotte Motor Speedway ended a topsy-turvy day for Hendrick Motorsports. Larson and reigning Cup champion Chase Elliott moved into the round of eight, but Alex Bowman and William Byron were eliminated and Elliott was nearly sabotaged by a vengeful Kevin Harvick.

Harvick laid in wait to deliver his payback on Elliott for Elliott costing him a win at Bristol three weeks ago. The retaliation came about halfway through the race when Harvick sent Elliott into the wall -- a wreck that put Elliott on the verge of elimination.

But his No. 9 team got Elliott back into contention -- even with his bumper flapping in the wind off the back of his Chevrolet -- and he drove through the field and into position to ruin another day for Harvick.

Elliott and his crew had said over their public team radio that Elliott should wreck Harvick if he got close to him again on Sunday and as they hurtled into the first turn with 10 laps remaining, perhaps Harvick began to worry.

He botched the entry, almost as if he was looking in his rearview mirror, and drove directly into the wall in a hard hit that crumpled the entire front end of his Ford. The crowd roared its approval as Elliott cruised through the crash scene and Harvick's title run came to its earliest end since the elimination format began in 2014.

Harvick had advanced to the third round the past seven years and all the way to the title race five times. He didn't exactly say he wrecked Elliott as payback for Bristol but didn't deny it, either.

On the day he made his 750th career start, he finished 33rd and was eliminated along with Christopher Bell, Byron and Bowman.

When asked if the two are now even, Harvick simply walked away.

"As far as Kevin goes, I just want to wish them a merry offseason and a happy Christmas," Elliott said.

Is it over as far as Elliott is concerned?

"For us, we're just eyes forward and happy to be moving on," Elliott said. "That's the big picture. We'll keep fighting."

Larson, meanwhile, plunged to 36th when he began to lose power in his Chevrolet and had to make multiple pit stops to change the alternator belt and change the battery. The lengthy stops saved his race and staved off his own startling flirtation with an early playoff exit.

"I noticed my battery was going low, I was getting stressed out, 'Like man, I'm not going to get knocked out of the playoffs like this!' It wasn't looking too good," Larson said. "You think you're good then all of a sudden you're running like 40th. You're like 'Well, I'm down below the cutline.'

"I knew I was going to have some sketchy moments. I just had to pick my way through traffic and stay calm."

Larson became the first driver in NASCAR history to win three road course races in a season. He passed Denny Hamlin for the lead with eight laps remaining and is the first driver since Kasey Kahne in 2006 to win both the Coca-Cola 600 in May and Charlotte's fall race in the same season.

It was the 36th overall win at Charlotte Motor Speedway in any configuration and all series for Hendrick Motorsports, which is headquartered five minutes away from the track.

His victory ended Elliott's streak of two consecutive wins on the hybrid road couse/oval that Charlotte officials designed in 2018 to add an interesting new circuit to the playoffs. The venue didn't disappoint on Sunday as drivers jockeyed over 109 laps trying to avoid playoff elimination.

Tyler Reddick and Chris Buescher, two drivers not in the playoffs, finished second and third. Kyle Busch and Hamlin were fourth and fifth and Matt DiBendetto finished sixth. 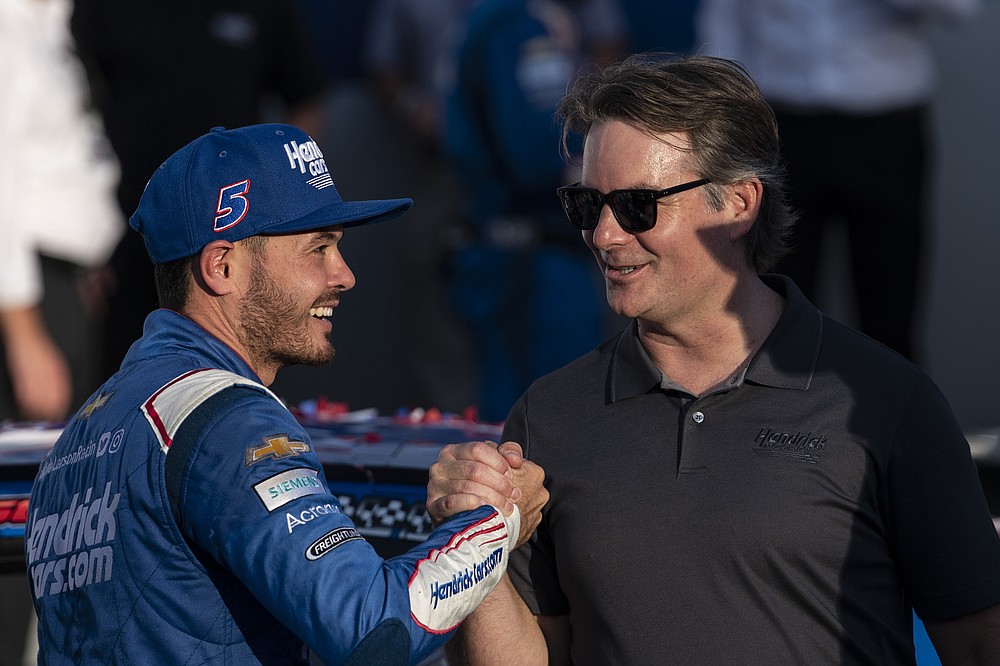 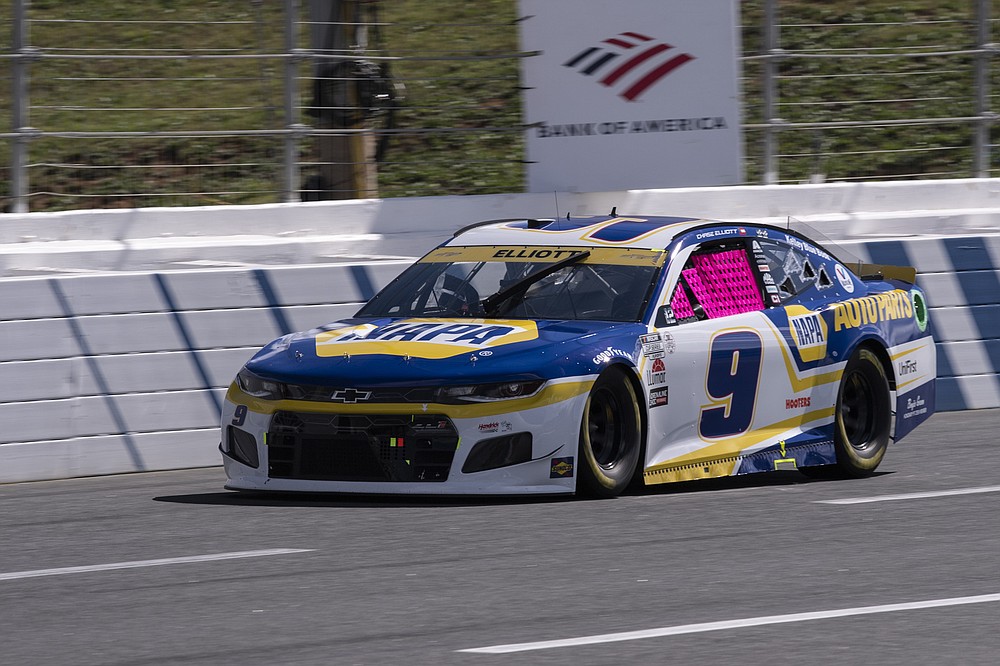 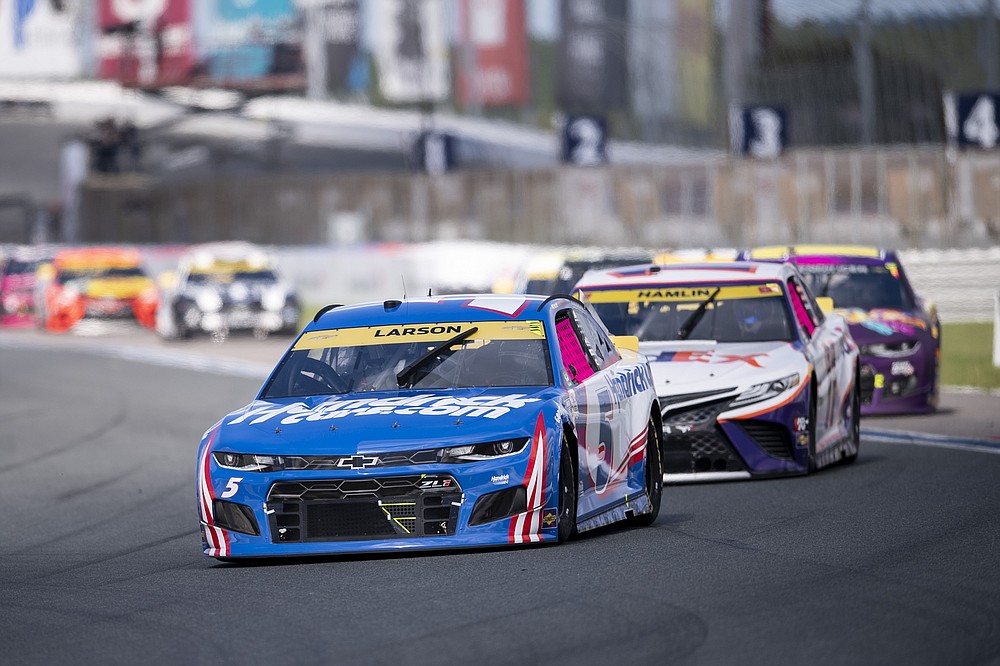 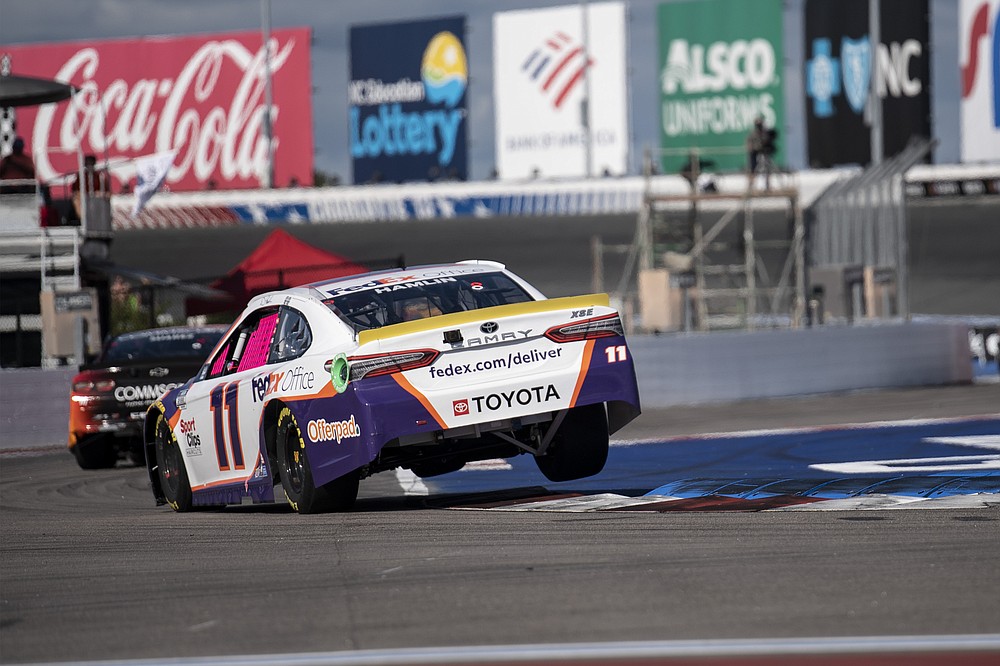 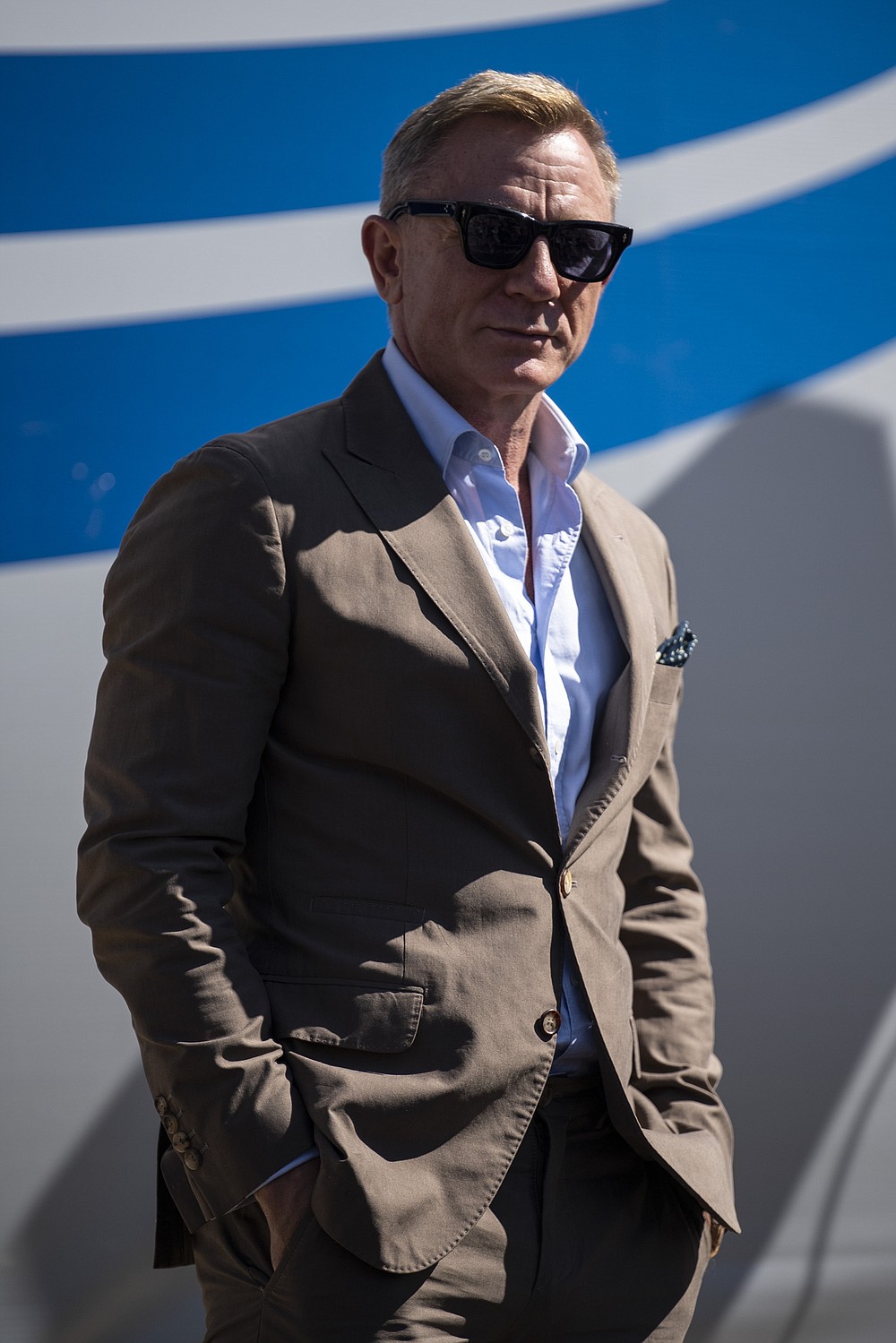