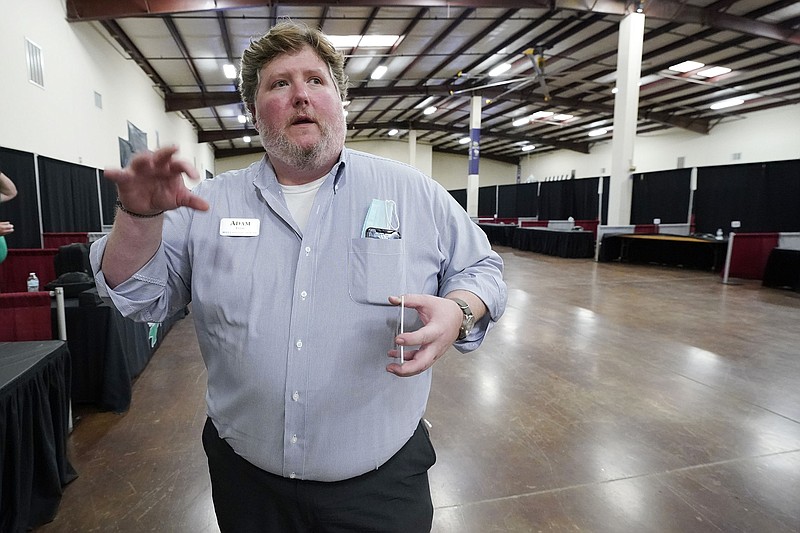 WASHINGTON -- The number of people quitting their jobs has surged to record highs, pushed by a combination of factors that include Americans sensing ample opportunity and better pay elsewhere.

The phenomenon is being driven in part by workers who are less willing to endure inconvenient hours and poor compensation, quitting at this stage in the pandemic to find better opportunities elsewhere. According to the report, there were 10.4 million job openings in the country at the end of August -- down slightly from July's record high, which was adjusted up to 11.1 million, but still a high number.

The "quits" numbers includes about 892,000 workers in restaurants, bars and hotels, as well as 721,000 workers in retail. An additional 706,000 employees in professional business services and 534,000 workers in health care and social assistance also left jobs.

Yet in industries such as manufacturing, construction, and transportation and warehousing, quits barely increased. In professional and business services, which includes fields such as law, engineering and architecture, where most employees can work from home, quitting was largely flat.

[Video not showing up above? Click here to watch » https://www.youtube.com/watch?v=1v1XzLi7QFQ]

The fact that the increase in quits was heavily concentrated in sectors that involve close contact with the public is a sign that fear of covid-19 played a large role. Many people may have quit even without other jobs lined up.

Nick Bunker, an economist at the jobs site Indeed, said the numbers are a reflection of the leverage that workers have in the current economic market, with job openings outnumbering unemployed workers.

The high level of people quitting their jobs was likely in large part because of people leaving jobs to take other positions, although the data doesn't specify why people are quitting and where they are ending up.

"This really elevated rate of people quitting their job is a sign that workers have lots of confidence and they have relatively stronger bargaining positions then they've had in the past," Bunker said. "There's lots of demand, and people are seizing that opportunity."

The numbers add another data point to a surprising aspect of the pandemic: that workers are emerging with more leverage, as many employers say they are struggling to staff up.

The labor market is still down about 5 million jobs from where it was before the pandemic, and economists say it has to make up even more than that to stage a full recovery, given the growth that would have occurred in a normal economy in the nearly year and a half since the pandemic started.

Employers in many industries, including hotels, restaurants and construction, have been complaining about difficulty hiring workers after the pandemic upended the labor market and revealed the precarity of many low-wage jobs.

The data is "highlighting the immense problems businesses are dealing with," Jennifer Lee, an economist at BMO Capital Markets, said in an email. "Not enough people. Not enough equipment and/or parts. Meantime, customers are waiting for their orders, or waiting to place their orders. What a strange world this is."

Republican officials in many states sought to address the issue by curtailing federal unemployment benefits this summer, but those cuts seem to have done little to resolve the issue. In September, the country added just 194,000 jobs despite the record numbers of openings.

And workers continue to leave the labor force in small numbers, after big dips at the beginning of the pandemic -- a concerning sign that economists hope will be reversed if the pandemic is brought under better control.

Companies that typically hire thousands of seasonal workers are heading into the holidays during one of the tightest job markets in decades, making it unlikely they'll find all the workers they need. For shoppers, it might mean a less-than-jolly holiday shopping experience, with unstaffed store aisles and online orders that take longer than usual to fill.

Even before the holiday hiring season, employers were so desperate to find workers that they raised pay above $15 an hour, started offering four-figure sign-on bonuses and promised to pay for their workers' schooling. But that yielded only limited success. If they can't find the workers they need in time for the holidays, employers will likely rely on existing staff to work more overtime, which can become costly for businesses and lead to burnout for workers.

"I've never seen a market like this," said Matt Lavery, UPS' global director of sourcing and recruiting, who has worked on the hiring side of the package delivery company for 24 years. "Normally when you're talking about people coming off unemployment benefits, you see surges in candidates. We're not seeing those."

Enhanced unemployment benefits, which included a $300-a-week federal supplement as well as programs that covered gig workers and people who were jobless for six months or more, ended in early September. That cut off aid to roughly 7 million people. So far, though, the termination of those programs appears to have had little effect on the number of people looking for work.

Some wonder whether employers that need holiday help will be able to find workers in time.

Information for this article was contributed by Eli Rosenberg of The Washington Post; and by Christopher Rugaber and Joseph Pisani of The Associated Press.