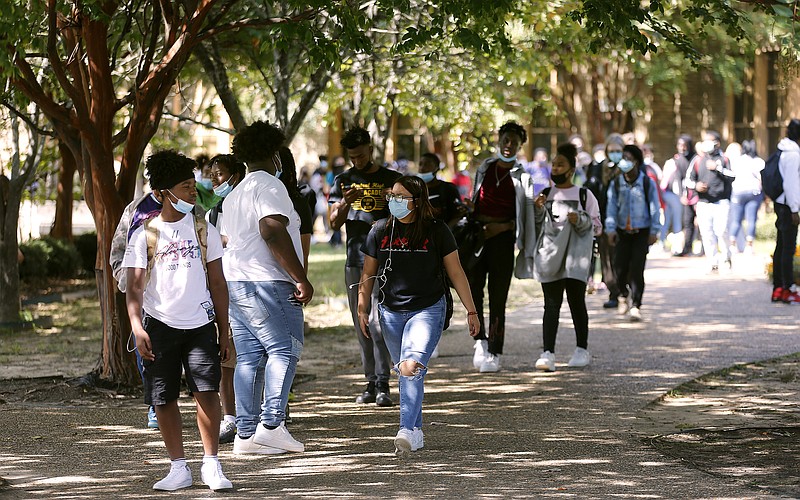 Little Rock Central High School students are dismissed early after the school was put on lockdown for a couple of hours after a shooting in the vicinity of the building on Tuesday, Oct. 12, 2021. (Arkansas Democrat-Gazette/Thomas Metthe)

Central High School students will return to in-person classes Thursday after gunshots near the campus led to a lockdown Tuesday, Principal Nancy Rousseau wrote in an email newsletter.

Students attended classes virtually Wednesday while Little Rock police gathered evidence from the campus as a part of their investigation.

Rousseau wrote that police had finished the evidence-gathering process and that the two places where bullets struck the school building had been repaired.

She reiterated that counselors would be available to speak with students in the wake of the incident, calling it “unsettling,” even though police do not believe the school or students were targeted and no one was injured.