UNDER THE RADAR: Clarendon’s Devin Brown 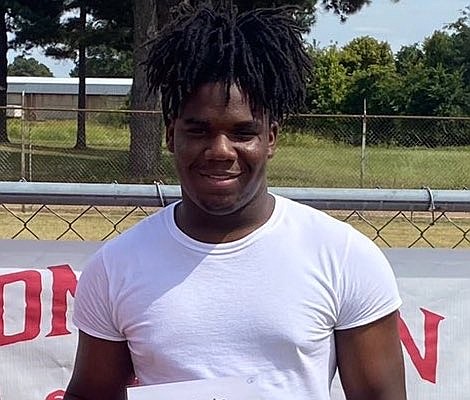 On Wednesdays we feature an in-state prospect who could be flying under the radar of college coaches. This week's UTR prospect is Clarendon’s Devin Brown.

Stats: In five games, he has 59 tackles, 12 tackles for loss, 4 forced fumbles and 2 recovered fumbles.

Moved in from Little Rock Hall:

“No doubt they have a pretty good weight program, because his form on power clean, squat and everything was really, really good. Most of the time you get a move-in, it’s start over. He was an exceptional move-in.”

“He was so natural at it that, to me, he could be a better offensive lineman than a defensive player, in my opinion.”

“He’s a heck of a high school Mike linebacker for what we ask of him. He’s the kind of linebacker you want. A Ray Lewis-type. The running backs don’t want to come back in there.”

Likely a lineman on the next level:

“I see him, if he stays on the defensive side of the ball, moving and putting on a little more weight and playing on the line. If I was a Division-II coach, I would be teaching him how to snap the football. I think he can make a hell of a center.”