A match made in aisle 10 of the grocery store 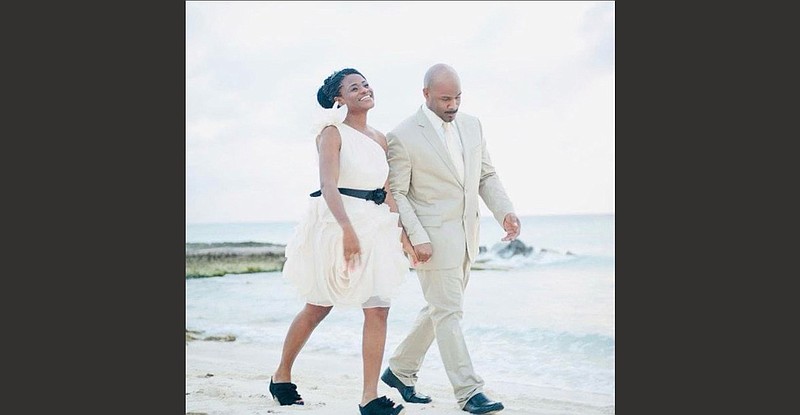 Monica and Edmond Davis were married on Sept. 25, 2011. They met in their neighborhood grocery store. “We’ve been married for 10 years and we met on aisle 10,” Edmond says. (Special to the Democrat-Gazette)

Edmond Davis stopped by the grocery store after work to pick up something for dinner one evening in 2008. That's when he also picked up the love of his life.

He had seen Monica Graham perusing the produce and then the almond milk, but it was on aisle 10 that he finally introduced himself.

She was browsing the magazines then.

"He stepped out of the checkout line and he introduced himself and asked me my name," she says. "We just had a little brief conversation right there."

He learned she was an elementary school teacher; she learned he had moved to Little Rock five years earlier from Grambling, La., and was an adjunct college professor, working on research for a book.

"That really caught my attention," she says.

They exchanged phone numbers, and the next day Edmond called to ask her out.

He picked her up on his motorcycle for their first date, dinner at Flying Fish in Little Rock's River Market District. Their second date was to see a movie.

"Marvel movie mania -- anything related to Marvel, and food -- food and movies," Monica says of their early relationship. "And we did a lot of community outreach, too."

They had been riding with Mythslayers alongside a police officer on April 18, 2010.

Edmond dropped Monica off at her car parked in a restaurant lot when they were done, and they agreed that they would meet up at home a little later. He had only made it a few blocks when a van slammed into his motorcycle. Monica, on her way to pick up lunch and head home, happened upon the accident moments after it occurred.

When she figured out who it was, she says, "I could barely stop the car and get out. Someone called 9-1-1 and someone must have moved my car for me because I had just left it in the middle of the street."

Edmond was in a medically induced coma for three days after the wreck.

"He had a traumatic brain injury with titanium plates in his jaw and he had a bad leg injury," Monica says. "It was really, really scary, but I just stood there by his side."

She met Edmond's family for the first time in the hospital when they arrived from Philadelphia.

"He was definitely strong. His doctors were amazed that he was healing at what seemed like record speed," Monica says. "I guess it was his diet. He's always been a stickler on health and eating."

Still, Edmond's recovery was grueling and he was grateful that she was with him through it all.

He asked her to marry him in May 2011 at the home of Milton Pitts Crenchaw, at the time his best male friend and also the original subject of the book he was researching when he met Monica.

"Milton P. Crenchaw was from Little Rock and he was the last living civilian flight instructor for the Tuskegee Airmen," Edmond says. "He was 97 when he passed away in 2015. I had talked to him about proposing to Monica and he suggested we do it right there, on Abigail Street."

They exchanged their vows in a small ceremony on Sept. 25, 2011, at Bountiful Blessings World Fellowship in Little Rock.

"It was a quaint, beautiful small wedding with family and intimate friends," Monica says. "I really wanted to get married on the beach, at the shore, so we just splurged on the honeymoon. We did our honeymoon at Aruba in the Caribbean."

Edmond and Monica started another nonprofit organization together -- Aviate Through Knowledge -- since they married. They have one son, Kalon Williams of Little Rock.

Last year, for their 10th anniversary, they splurged again, with a trip to Las Vegas.

Every year, they return to the scene of their introduction, sometimes snapping a photo in celebration and sharing sweet memories of that momentous occasion. They usually add dinner or some other fun event to the docket, but last year because of covid-19 precautions, their options were limited.

"We had all the TikTok vibes. We couldn't really celebrate our anniversary so I actually went to Kroger and we did a monologue video about how we met," Monica says. "We're educators so we have to find that balance of silliness and professionalism. That was just something fun. We had a lot of fun doing that video."

Monica and Edmond were appointed to the marriage ministry in their church, helping to pick date nights for couples. They are collaborating on a book for married couples, as well.

She says: “I was smitten by his charm.”

He says: “I think I kind of glanced at her basket, but I was really looking at her face. It was just impeccable. I think she had some kind of dark clothing on at that time and she was in shape. I was like, wow.”

She says: “I wore a cream Vera Wang wedding dress with a big bow. My nerves were out of control. It was a very humbling experience, too, but it was one of the best moments in time.”

He says: “I’m a Christian. God picked me, and for me picking Monica and Monica picking me … that right there, oh my goodness. … It was the happiest day ever.”

She says: “Put God at the center. Work for effective communication. And keep it fresh and spicy. Stay on a perpetual honeymoon.”

He says: “Be honest. Keep it fun. And pray with your wife. Oh, and pick your battles — don’t magnify something small and make it real big.” 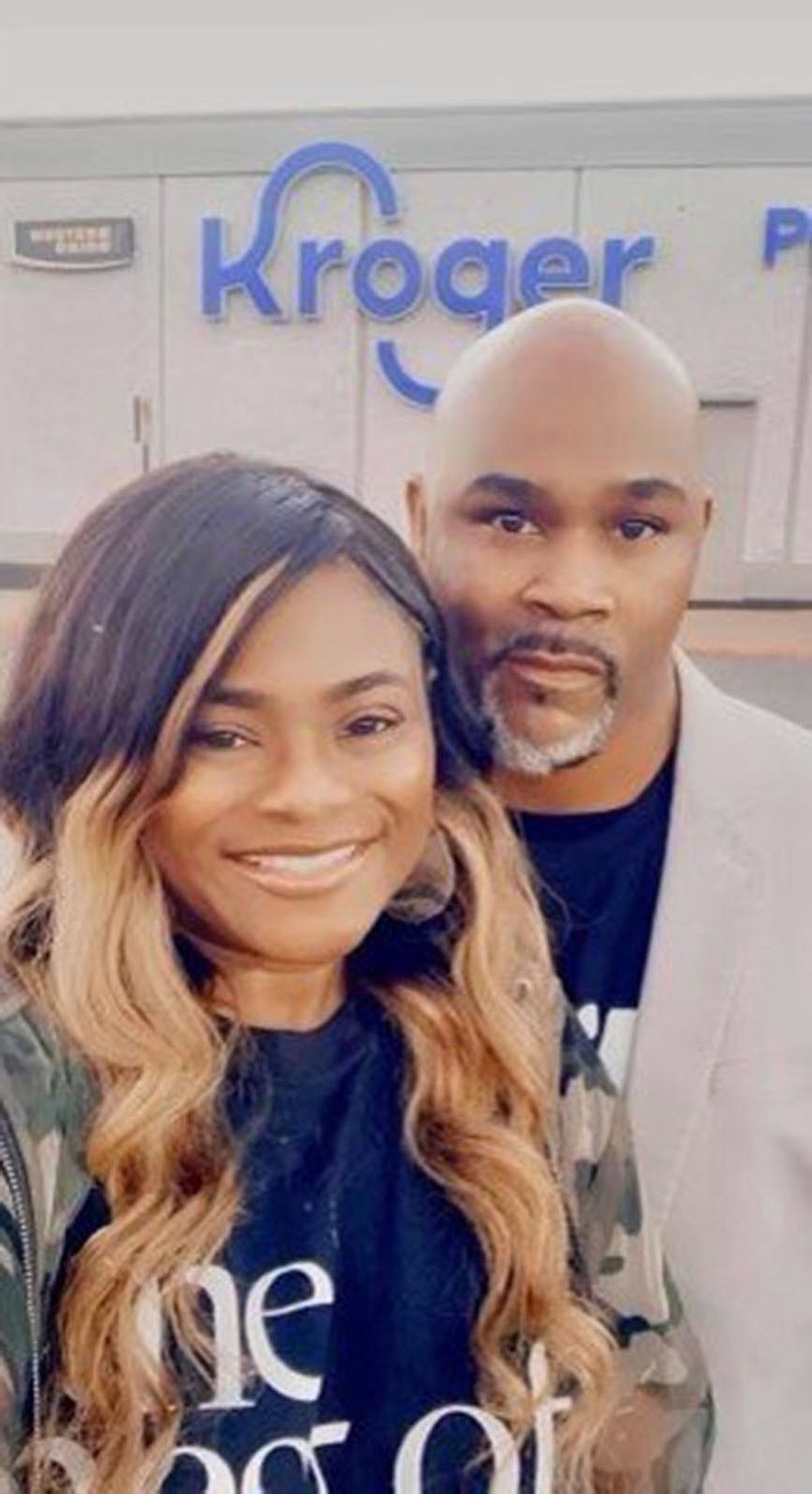 Monica and Edmond Davis met in 2008. Monica wrote a song last year about their meeting. “I met you in a neighborhood grocery store you was checking for me and I was like woo … you asked me for my name and I was like Mo … Monica that is, and by the way, what’s yours?” she rapped. (Special to the Democrat-Gazette)

Print Headline: A match made in aisle 10 of the grocery store