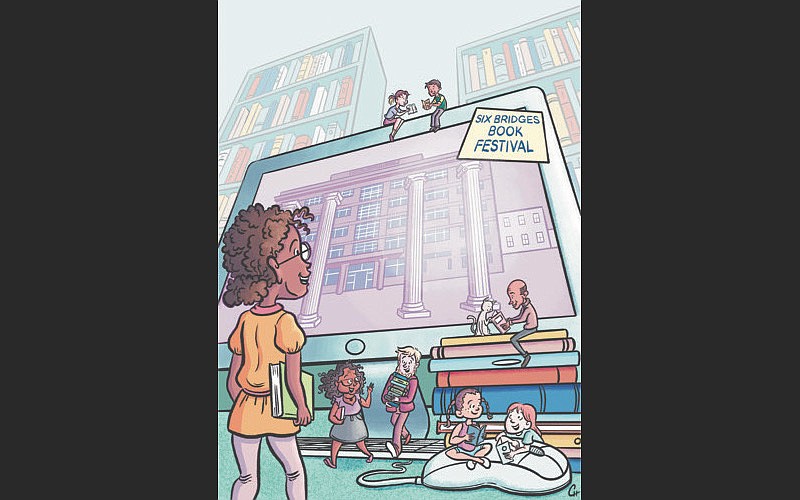 It's toward the end of an interview earlier this month when Brad Mooy, coordinator of Central Arkansas Library System's annual Six Bridges Book Festival, perfectly describes the breadth of this year's edition.

Three National Book Award winners will participate — Charles Yu, whose novel "Interior Chinatown" won in 2020; Jacqueline Woodson, whose latest works are "Red at the Bone" and the young adult novel-in-verse "Before the Ever After"; and artist and graphic novelist Nate Powell, who grew up in North Little Rock and whose most recent work is "Save It for Later: Promises, Parenthood and the Urgency of Protest," a collection of illustrated essays. 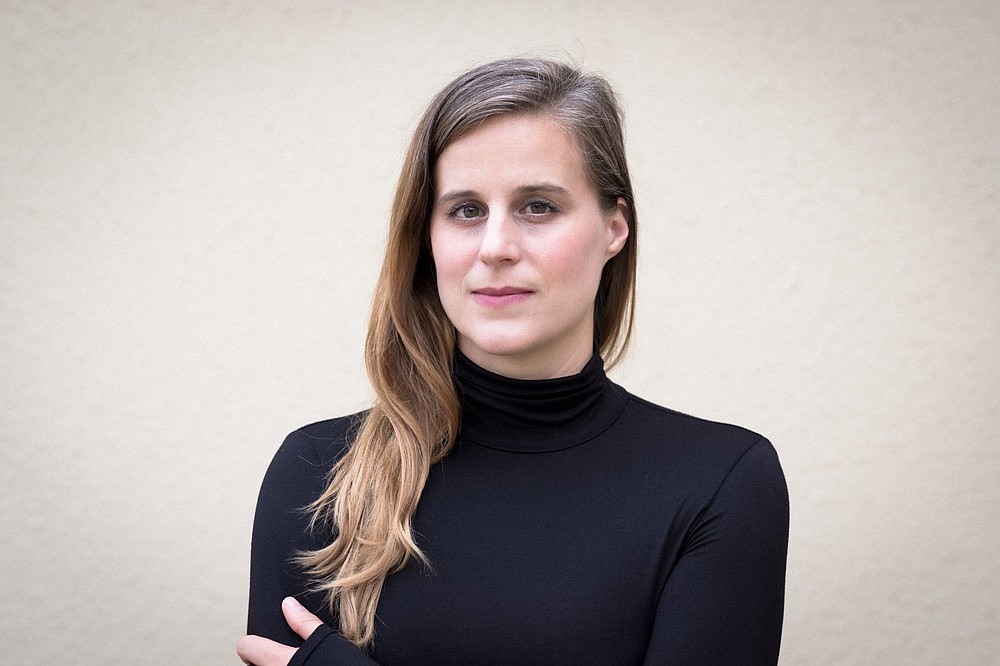 Lauren Groff, author of “Matrix,” is one of the more than 75 authors featured at this year’s Six Bridges Book Festival. (Special to the Democrat-Gazette/Eli Sinkus)

Lauren Groff, whose novel "Matrix" was recently short-listed for this year's National Book Awards, will take part in a session Saturday with her pal, Little Rock novelist Kevin Brockmeier, whose "The Ghost Variations: One Hundred Stories," came out in March.

"He is one of my favorite writers," Groff says, adding that their event will likely consist of a conversation, followed by the two taking questions from viewers.

"Matrix" tells the story of Marie de France, the gangly, coarse, 12th-century orphan sent off at age 17 to a run-down abbey in England that she slowly turns into a powerful, thriving place ... though death and threats from a suspicious Rome are always near.

Marie is based on the real-life Marie de France, the first female poet published in French, who Groff first learned about as a sophomore in college.

"I discovered her book, her lais, which are these incredible, fantastical short stories in poetic form," she says. "I sort of fell in love with her brain. I'm a true believer in her work and have carried her around with me for the last 20 some-odd years and have wanted to do some kind of project about her for a while."

Brockmeier writes in an email that he and Groff "will have plenty to discuss" during the hourlong session, which will be moderated by novelist and University of Arkansas at Little Rock professor Jeffrey Condran.

Brockmeier has been involved with the festival since its first year, 2002, when it was known as the Arkansas Literary Festival (it was re-branded as Six Bridges in 2019).

"The big change is that the event, which was entirely in-person for most of its existence, has been wholly virtual these last two years," he says. "The festival is definitely more, well, festive in person, but the virtual platform has allowed us to book some prominent writers who might not have been able to participate otherwise."

Mooy says he and his team decided in late July to move the festival online when the delta variant of the coronavirus was spreading.

"It was carefully considered, but I think it was definitely the way to go and we haven't regretted it," he says.

The 2020 version was also online and the CALS crew, including Zoom Squad Commander Nathan Smith, are now old hands at this kind of thing.

"We learned some things to do, some things not to do and the overall approach we needed to take to produce a virtual event," Mooy says, adding that there were "very, very few hiccups" in 2020.

Eight writers will sign in from outside the United States, including Katherine Angel, author of "Tomorrow Sex Will Be Good Again: Women and Desire in the Age of Consent," who will speak from England; and Sandra Cisneros — poet, novelist and National Medal of Arts and MacArthur Foundation fellowship recipient — who will speak from Mexico about her latest book, "The House on Mango Street," which tells the story of a young Hispanic girl growing up in Chicago.

Writer/musician Filipe Melo and illustrator Juan Cavia will appear from Portugal and Argentina, respectively, to discuss their graphic novel "Ballad for Sophie," about the sweeping epic that emerges when a young journalist prompts a reclusive musician to open up about his life.

"It's my first festival in the U.S., although I lived there for four years," Melo says in an email. "We also published a few comic books there, but as far as literary events go, this is our first. My only expectation is to connect to our readers and to meet new people. We all need it, especially after these two crazy years of isolation."

Melo is also pleased that he will be joined by Cavia in the Saturday session.

"It's hilarious to hear Juan speaking in English. His voice sounds an octave higher than usual. Also, we're sort of like a band. He's the only artist I work with, and I am the only writer he works with. He's a great friend, I love him very much and it's always great to chat about our process and to catch up." 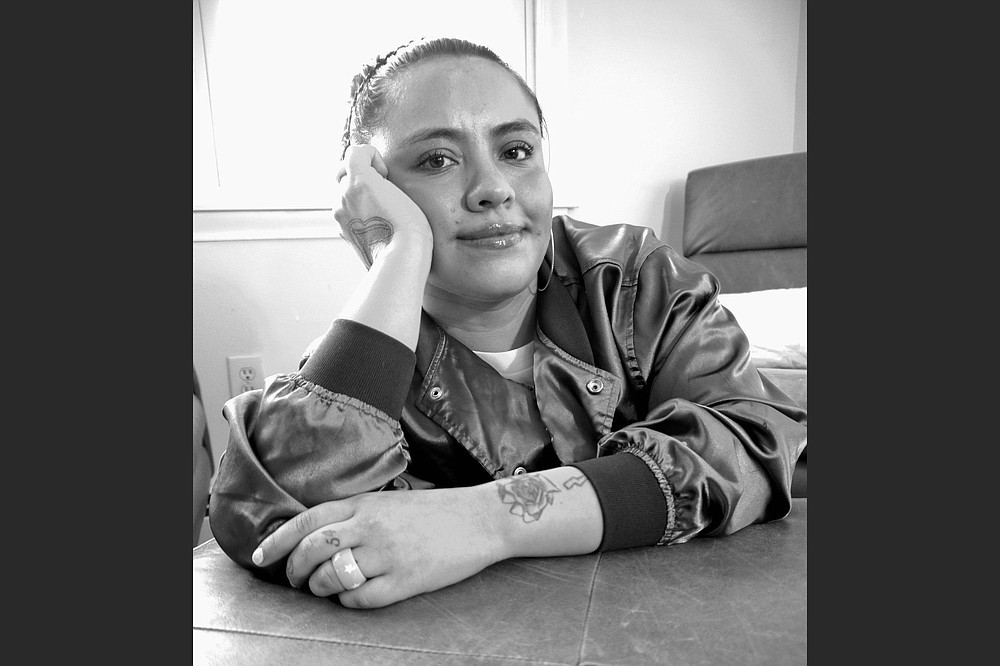 Sessions with Melo and Cavia, along with Cisneros, Melissa Lozada-Oliva and Karla Cornejo Villavicencio, will be available in Spanish through a grant from the Arkansas Humanities Council and the National Endowment for the Humanities, Mooy says.

Cornejo Villavicencio, who was born in Ecuador and grew up in New York, is a graduate of Harvard University and a doctoral candidate in the American Studies program at Yale University. Her debut, last year's "Undocumented Americans," is part memoir and reportage mixed with the Latin American tradition of testimonio. She was the first undocumented writer to be named a finalist for the National Book Award and The New York Times, Time, NPR and other outlets called "Undocumented Americans" one of the year's best.

"The kind of writer that I am, people have a pretty visceral response," she says. "Even though I tell stories that are hard sometimes, or complicated, the writing is pretty funny and people like to engage with me."

"Undocumented Americans" was published right as the pandemic hit in 2020, so many of Cornejo Villavicencio's publicity events were virtual.

"I've been able to hear from so many people over email and through Instagram about how much the book means to them, but I really love doing events where I can see people's faces," she says. "I'm excited about Arkansas. I've done some events in the South, but not in Arkansas." 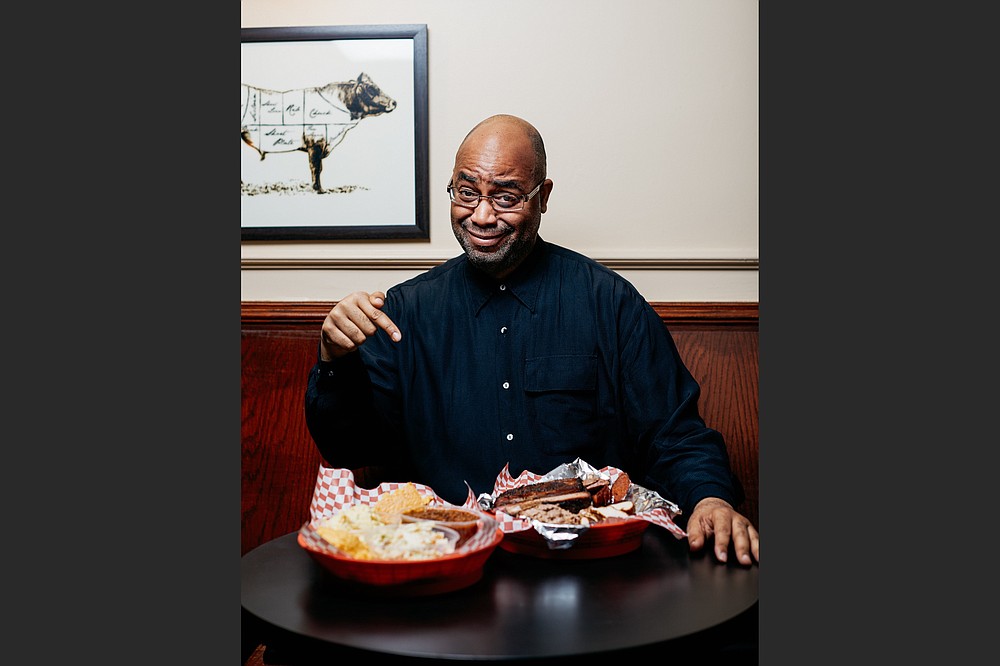 Adrian Miller’s latest book is “Black Smoke: African Americans and the United States of Barbecue.” (Special to the Democrat-Gazette/Paul Miller)

Adrian Miller won a James Beard Award for his 2014 book "Soul Food: The Surprising Story of an American Cuisine, One Plate at a Time." In his Oct. 27 appearance, he'll discuss his new book, "Black Smoke: African Americans and the United States of Barbecue."

"I kind of give people the feel for the book and why it's important," Miller says of his plans for his festival presentation. "The thing that may surprise people is that I point out how I believe the foundation is actually Native American, but over time that culinary knowledge gets passed on to African Americans, so much so that by the time you get to the mid-19th century, the conventional wisdom is that the very best barbecue is going to be made by an African American."

Miller, who served from 1999-2001 as a special assistant to President Bill Clinton with his Initiative for One America, first got fired up over barbecue in the early 2000s on a trip with the Southern Foodways Alliance to spend a few days in central Texas sampling tasty, saucy, grilled meats.

"Not one Black person was featured," he says. "It was the same thing in other barbecue media. African Americans were left out entirely. My book is a thump on the head to say that if you are going to talk about American barbecue culture, you have to include African Americans."

Other cookbook authors appearing this year include Abby Turner, author of "The Living Table" and Kelli Marks, author of "Easy One-Bowl Baking: No-Fuss Recipes for Sweet and Savory Baked Goods," who will both conduct workshops and appear together in a session on Oct. 30.

The festival is not short on Natural State authors (including Turner and Marks) and Arkansas-related works, several of whom will be featured on Oct. 30. Among them are Little Rock's Ayana Gray, whose debut young-adult, action-adventure novel, "Beasts of Prey," was published Sept. 28 and is being made into a Netflix movie. Gray will speak on a panel with Kate Milford, author of "The Raconteur's Commonplace Book." Paige Bowers and David Montague will talk about "Overnight Code: The Life of Raye Montague, the Woman Who Revolutionized Naval Engineering," the book they co-wrote about David's mother, who grew up in Arkansas and became the first person to draft a naval ship design by computer. Swannee Bennett, Jennifer Carman, Victoria Chandler and William B. Worthen will talk about their invaluable, two-volume "Arkansas Made" books; Kenneth Barnes, Kelly Houston Jones and Guy Lancaster will discuss their new books related to Arkansas history.

Nate Powell's session is also scheduled for Oct. 30, as is a panel featuring Jennifer Ogle and Theo Witsell, authors of "Trees, Shrubs, and Woody Vines of Arkansas."

On Oct. 23, Little Rock's Rhona Weaver will talk about her debut novel, "A Noble Calling," about FBI agents and park rangers facing off with a slew of bad guys at Yellowstone National Park. The book was awarded the 2021 Bill Fisher Award for Best First Book in Fiction by the Independent Book Publishers Association. She will be joined by husband-and-wife authors Amber Edwards and Justin Scott, whose first collaboration is the thriller "Forty Days and Forty Nights: A Novel of the Mississippi River."

Brockmeier says he has several sessions marked as must-see for himself, and is particularly excited about the Ash Davidson and Suzanne Simard panel on Oct. 26.

"Both of them write about the damage that's being done to America's Western forests," he says. "Davidson is a fiction writer, though, whose debut novel, 'Damnation Spring,' is one of the year's very best, and Simard is a nonfiction writer and environmentalist. Their different but complementary approaches to the same imperiled landscape ought to allow for a fascinating conversation."

The festival is more than just writers talking about their books. It will also feature workshops, contests, school visits by authors, book giveaways and Pub or Perish, a curated open mic night at Stickyz Rock 'n' Roll Chicken Shack.

Not surprisingly, Mooy has another apt description of the coming celebration of books, writers and readers.

"I like to call it 11 days of putting reading first," he says.

Print Headline: Read all about it