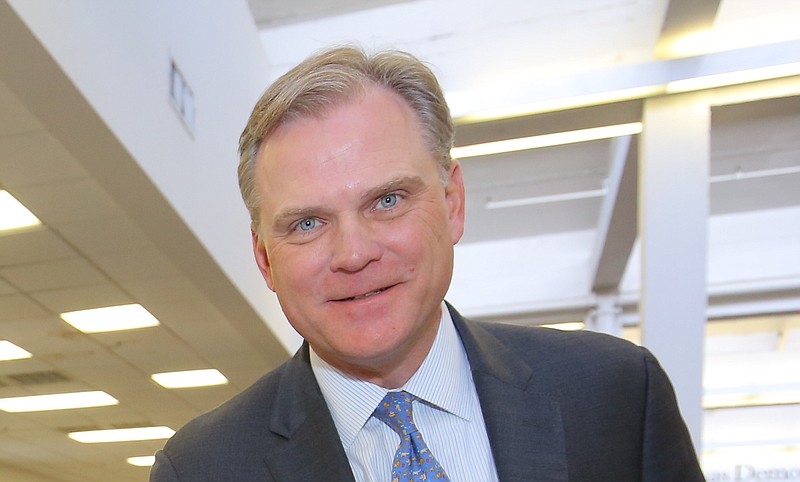 Arkansan Nat Lea has been elected president of America's Newspapers, a leading national organization that advocates for the industry and shares best practices to enhance newspaper growth in the U.S.

Lea is president and chief executive officer of WEHCO Media, parent company of the Arkansas Democrat-Gazette.

"This is the principal place that we go and share information and learn from other publishers and managers," Lea said Wednesday of the services provided by the national organization. "That component of idea exchanges and best-practices information is what's incredibly important to WEHCO Media. That's why it makes sense to be involved in this organization."

America's Newspapers was formed two years ago through the combination of the Southern Newspaper Publishers Association and the Inland Press Association. The organization's primary efforts promote advocacy, marketing, membership, programming and education for the newspaper industry.

Lea succeeds Alan Fisco, president and chief financial officer of the Seattle Times Co., who will continue to serve the group as immediate past president.

Beyond the core mission, the organization will focus on "finding a sustainable business model for newspapers in a very dynamic and changing market," Lea said.

To combat the industry changes, the Democrat-Gazette converted to a digital-focused circulation model in 2019 and has curtailed daily delivery of printed newspapers across Arkansas. The newspaper distributes free iPads to subscribers in an effort to help readers access daily content through the paper's website or through an app that offers a digital replica of the newspaper.

America's Newspapers has more than 1,600 newspaper members, and all employees of the papers are eligible to participate in programming and education conducted by the organization.

WEHCO Media is a family-owned business, founded in 1909, with operations in newspaper publishing, cable television and digital services. The company operates daily and weekly newspapers, magazines and cable television companies in six states.