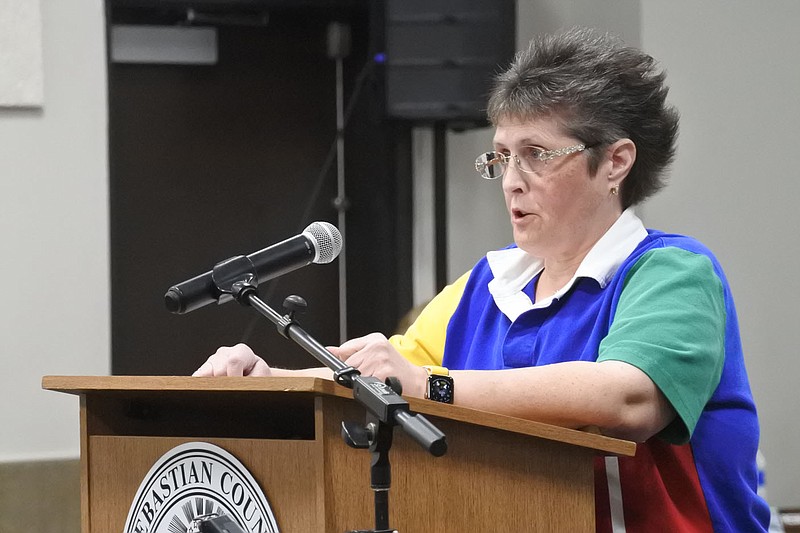 FORT SMITH -- The Sebastian County Quorum Court voted 9-4 to approve a resolution declaring its jurisdiction a "Pro Life County" at its meeting Tuesday.

The resolution states that Sebastian County is declaring its commitment to "the protection of all lives, including the lives of the unborn." It cites Arkansas Act 392 of 2021, which affirms a municipality's right to declare itself a "Pro-Life City" via a resolution, as well as Amendment 68 to the Arkansas Constitution, which states in part: "The policy of Arkansas is to protect the life of every unborn child from conception until birth, to the extent permitted by the Federal Constitution."

However, Planned Parenthood Great Plains of Kansas City, Mo., opened a new health center at 1222 W. Poplar St. in Rogers on Sept. 14. The services it offers include birth control, treatment for sexually transmitted infections and HIV testing and treatment, gender-affirming care and primary care, among others, according to Planned Parenthood. The organization also announced plans to include abortion options in the future.

Planned Parenthood Great Plains opened a clinic in Fayetteville in 2011. The organization closed this clinic in July 2019 because of a variety of factors, including unspecified issues with the landlord at the location, protests at the site that could have led to security issues and an arson at a Planned Parenthood clinic in Missouri earlier that year, according to Brandon Hill, the group's chief executive officer at the time. The Fayetteville clinic was seeing 2,000 patients for different services yearly by that point.

Christie Robertson of the 1st Choice Pregnancy Medical Center in Fort Smith requested to put a "Pro Life County" resolution for Sebastian County forward during the Quorum Court's special meeting Sept. 21, according to the minutes of that meeting. Looper, Justice of the Peace for District 3, made a motion to put the resolution on the agenda for Tuesday's meeting, which was then seconded by Aldridge, District 6's Justice of the Peace, and passed unanimously by the body.

1st Choice Pregnancy Medical Center is a nonprofit organization that provides things such as testing for sexually transmitted diseases, pregnancy testing, limited obstetric ultrasound and referrals for other programs and services like Medicaid, for women dealing with unplanned pregnancies, its website states.

Ten members of the community provided their input on the resolution before the Quorum Court made its decision. Nine of these criticized the resolution while the remaining one expressed support for it.

The justices of the peace themselves did not discuss the issue before they made their decision, which was met with both applause and booing from those in attendance.

Looper said after the meeting he voted for the resolution because he himself is pro-life and wanted to stand up for pro-life values.

Royal said one of the reasons she voted against the resolution was that she believes in the sanctity of life for both unborn babies and babies that have already been born.