Sports betting has become sure thing 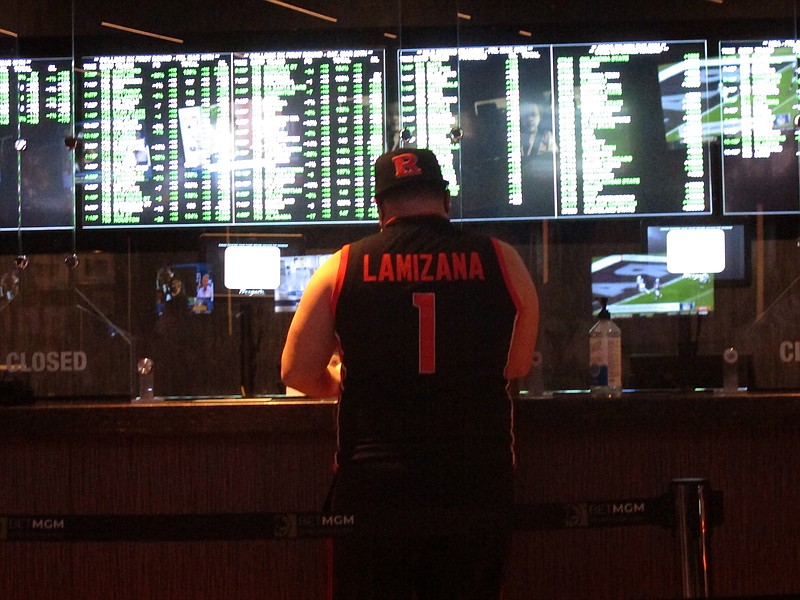 FILE - In this Friday, March 19, 2021, file photo, a man makes a sports bet at the Borgata casino in Atlantic City, N.J. On Wednesday, Oct. 20, 2021, the NFL announced it is spending $6.2 million on a responsible betting program with the National Council on Problem Gambling to teach people how to bet on sports responsibly and to fund and expand treatment and prevention programs for compulsive gambling.(AP Photo/Wayne Parry, File)

LAS VEGAS -- No one needed official evidence but it came anyway from the state of New Jersey, where people apparently really like to bet on sports. They put more than $1 billion on their favorites in September, the first time that has happened since the state legalized sports betting a little more than three years ago.

In the city where it all began, oddsmaker Jimmy Vaccaro doesn't need official stats to figure out what is happening in the sports betting universe. One look at the line at the hot dog stand in the South Point sports book on a football weekend in Las Vegas tells him everything he needs to know.

One of those hot dogs -- a longtime loss leader at $1.25 each -- ended up on the floor Sunday when a woman who had picked Dallas to cover the spread leaped from her seat to celebrate a late score over New England that made her a winner. She wasn't alone, as bettors around the country cashed in on the favorites and books paid off untold millions in parlay bets.

Bettors won big, sending some sports books to a rare back-to-back loss during the NFL season.

"Usually, you get two bad weeks out of a whole season. I never saw two in a row," said Vaccaro, who has booked sports on the Las Vegas Strip for nearly a half-century.

That's not necessarily a bad thing in the sports betting industry, where the promise of big payoffs is what lures most people in. And there were plenty of payouts in New Jersey in September, where the start of the NFL season produced the biggest numbers ever seen in one state since sports betting became legal in parts of the country.

Plenty of losses, too, enabling the New Jersey casinos to pocket $82 million of that $1 billion, for a hold of slightly more than 8%.

The margins aren't big in sports betting, but the potential profits are. That's why the biggest players in the sports book industry are slugging it out on the airwaves and online as they battle for valuable market share in more than two dozen states where sports betting is legal.

Another state joined the party last month when Arizona began allowing wagers, just in time for fans to jump on the bandwagon of the unbeaten Arizona Cardinals.

Sports betting is expanding faster than anyone imagined when the Supreme Court opened the floodgates and allowed states to legalize what had long been an illicit back-room activity in most parts of the country. The airwaves are filled with ads touting various betting apps, and it's hard to watch a game of any sort without being reminded by the announcers that there are various betting angles in play.

Where bettors once had to make their bets in the back room of the corner drug store or behind the grandstands at a game, they now can do it in a few seconds with the press of a few buttons on their phones. The ease of online betting is largely driving the overall surge, with nine of every 10 dollars bet in New Jersey in September placed online.

The easy access to action is bound to cause some issues that betting proponents aren't so eager to discuss. There will be bettors who dip into their savings or take money earmarked for the next month's rent to chase what they are sure is a sure thing, and there will be families that inevitably suffer. To that end, the NFL said Wednesday it will run a responsible betting media campaign, funded by a $6.2 million grant to the National Council on Problem Gambling.

So far, though, sports betting hasn't ruined sports the way the NFL and other leagues warned everyone for so many years. All the major sports leagues have embraced sports betting, eager to share in the profits of the rapidly expanding industry, and betting lounges are beginning to pop up in arenas and stadiums around the country.

One thing remains constant even in an evolving betting landscape. The bookies will win in the long run even if bettors have their way on a few Sundays in the football season.

That means more tickets written at the South Point and, of course, more hot dogs sold.

"We'll see what happens this weekend," Vaccaro said. "I know one thing is that we'll be open. I'll still be writing tickets and selling hot dogs." 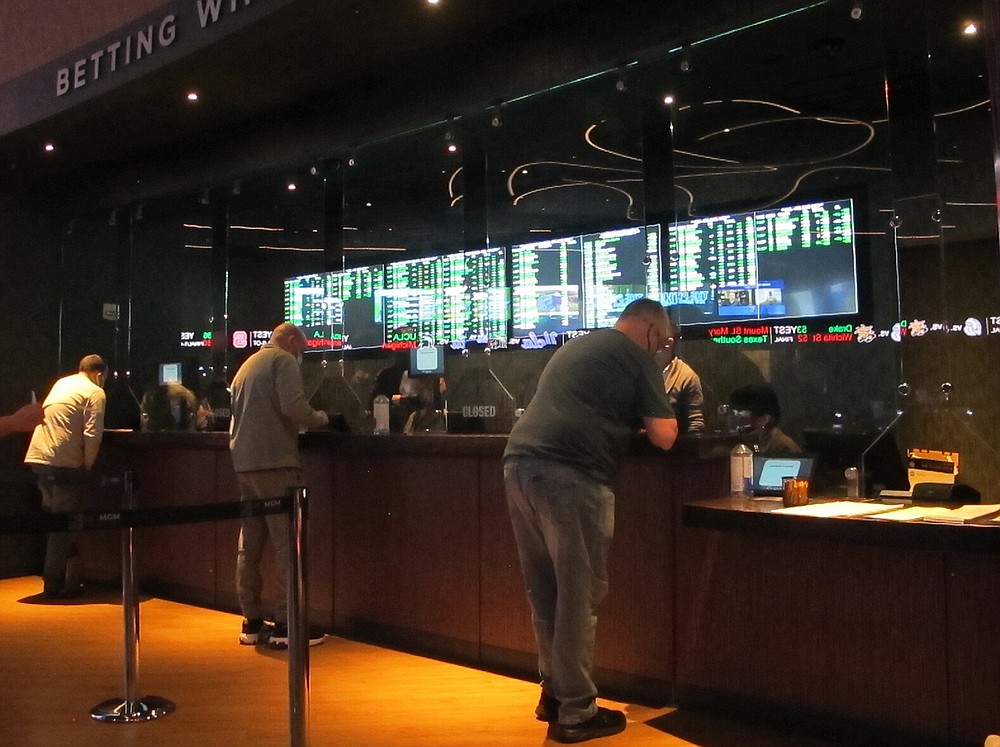 FILE - In this Friday, March 19, 2021, file photo, people line up to make sports bets at the Borgata casino in Atlantic City, N.J. On Wednesday, Oct. 20, 2021, the NFL announced it is spending $6.2 million on a responsible betting program with the National Council on Problem Gambling to teach people how to bet on sports responsibly and to fund and expand treatment and prevention programs for compulsive gambling. (AP Photo/Wayne Parry, File)