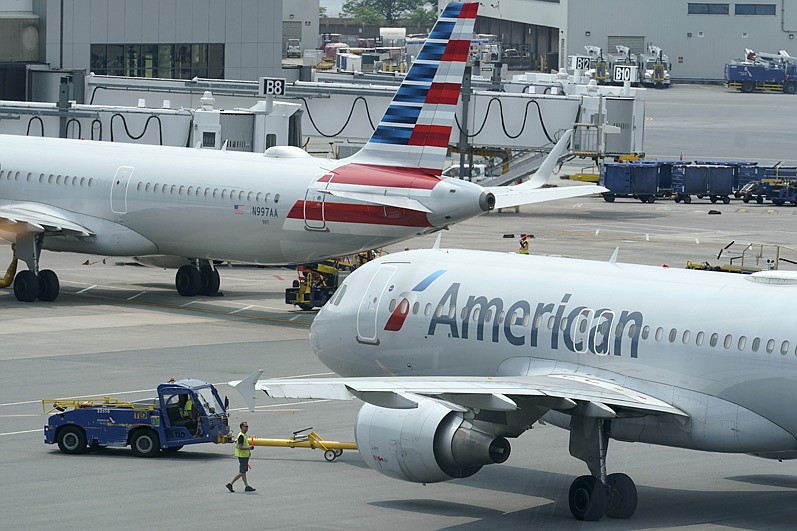 DALLAS -- Airlines are planning for a big December, believing that the recent surge in a highly contagious covid-19 variant is fading and that holiday travel will soar.

The carriers say that even after encouraging thousands of employees to quit during the height of the pandemic, they will be able to handle the holiday load.

But in an ominous note, Southwest Airlines reported Thursday that it lost $75 million in the third quarter because of a blizzard of flight cancellations this month -- disruptions that started with bad weather in Florida but cascaded out of control because of staffing problems. The airline trimmed its schedule and believe it has fixed the problem.

The airlines are also contending with rising fuel costs and the expense of hiring more employees. Southwest predicted it will lose money in the fourth quarter.

American Airlines struggled with widespread delays early this summer, then brought back more pilots from leaves of absence. American said it will run nearly a full schedule, including more than 6,000 flights on some peak days during the holidays.

"We expect a lot of passengers, tremendous pent-up demand" as covid-19 rates fall, said Robert Isom, the airline's president. "We are doing our best to make sure we have the right (employees) in the right places and the right times."

But United Airlines Chief Executive Officer Scott Kirby warned this week that some airlines could face disruptions later this year because they have been slower than his company to get workers vaccinated against covid-19, as required by a presidential order.

[Video not showing up above? Click here to watch » arkansasonline.com/1022swair/]

The comments about holiday travel came as American and Southwest reported third-quarter profits, thanks to hefty amounts of federal pandemic aid.

Fort Worth-based American posted a $169 million profit after collecting nearly $1 billion in taxpayer money to cover most of its payroll costs. The airline felt the late-summer effects of the highly contagious delta variant of covid-19, which caused a slowdown in bookings and a rise in cancellations across the industry.

"The third quarter started out very strong ... But then the spread of the delta variant led to fewer people flying," Chairman and CEO Doug Parker and Isom said in a note to employees. "We were profitable in July, but that was followed by losses in August and September."

Parker vowed that while the variant "delayed some of our revenue recovery, it has not stopped our progress."

Leisure travel within the U.S. has returned roughly to pre-pandemic levels, and Parker expressed confidence that business and international travel will soon pick up.

American said fourth-quarter revenue will be down 20% compared with the same quarter in pre-pandemic 2019. In the third quarter, revenue of $8.97 billion was down 25% from two years ago.

Dallas-based Southwest posted net income of $446 million after getting $763 million in federal aid. Southwest said it does not expect to make a profit in the fourth quarter because of higher costs and the lingering loss of revenue from the delta variant, which it estimated at $100 million.

Both American and Southwest reported they would have lost money if not for the federal money and other special items, but the adjusted losses were slightly smaller than analysts had expected.

Alaska Airlines reported a $194 million profit. Excluding special items, the Seattle-based airline said, it would have earned $187 million, or $1.47 per share, compared with analysts' forecast of $1.36 per share. Revenue of $1.95 billion was slightly more than analysts expected.