3 plans in to put Redus' name on center 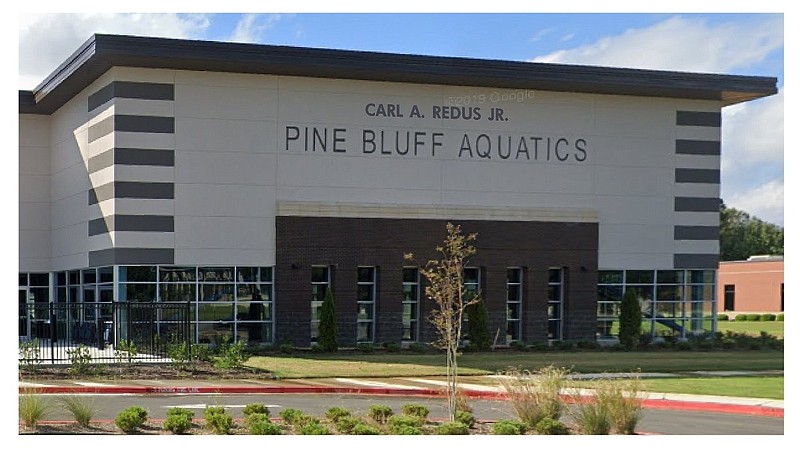 In December council members approved a resolution to rename the 36,000-square-foot, $11 million facility that opened for business on June 29, 2019, after Redus. Now in his 70s, Redus served as Pine Bluff mayor from 2005-13, the first African-American to hold the position in the city.

The aquatic center was a vision during Redus' term from the Penny for Progress Tax Initiative.

During the approval of the resolution, council member Bruce Lockett said the "2020 Vision" that Redus started 10 years ago is now in motion and that most of Go Forward Pine Bluff's initiatives stemmed from that vision.

As mayor, Redus led the successful effort to pass a city sales tax called Penny for Progress to fund numerous improvements in the city, including street repairs, improvements to city parks and recreation facilities. Townsend Park and the Regional Park ball fields were improved during Redus' tenure.

Redus also played a role in improving the city sewers, drainage and flood control, and in putting the money together that paved the way for financing construction of the aquatics center.

The first proposal from Condray Signs would mount studded letters of "Carl A. Redus Jr." in all caps above "Pine Bluff Aquatics." The cost would be $3,349.86, which includes mounting the 18-inch letters on the building.

Arkansas Neon and Signs proposed "Carl A. Redus Aquatics" studded letters in all caps above "Pine Bluff Aquatics." The cost would be $10,355 not including the permit fee. The letter size would be 24 inches.

CDI Contractors proposed engraving the name unto the building above "Pine Bluff Aquatics." The new letters would match the existing font and letter height for the amount of $18,877, excluding the permit and bond.

Though progress in renaming the building is being made, Whitfield wants the building to read just "Carl A. Redus Aquatics," removing "Pine Bluff"-- a discussion he said he would have with Fells to see if that is doable.

He is also waiting to hear feedback from Redus and his family.

"At the end of the day, I cannot take away what he presented to this city as the mayor," said Whitfield, who said in a previous city council meeting that residents of Ward 3 were proud of the support from the council members to rename the facility.

Print Headline: 3 plans in to put 'Redus' name on center