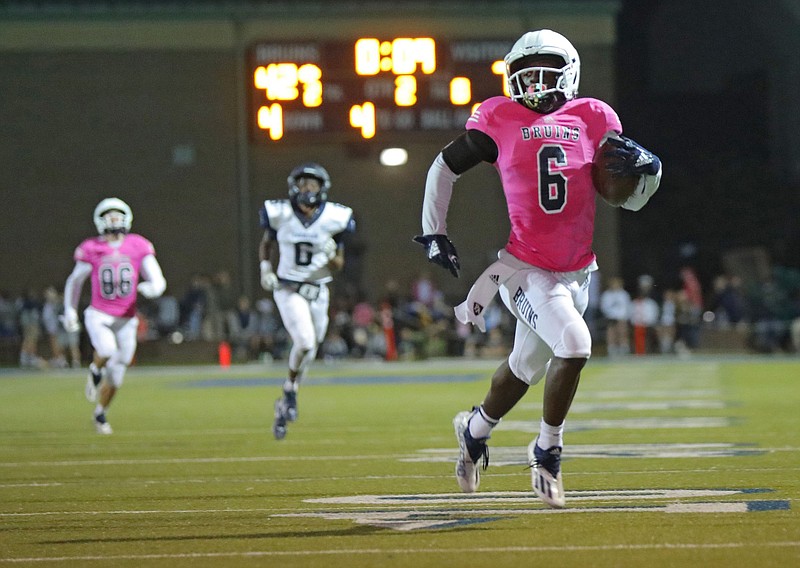 Pulaski Academy’s Joseph Himon (6) runs for a touchdown Friday during the Bruins’ 63-14 victory over Little Rock Christian. More photos at arkansasonline.com/1023Pulaski/. (Special to the Democrat-Gazette/Stephen B. Thornton)

"Is Joe going to play? How's Joe? Will he be ready for Friday?"

Lucas didn't say how he responded. But he didn't have to. He knew his star running back would take care of it.

Bruins senior Joe Himon needed just 6 carries to rack up 201 yards and 4 rushing touchdowns, igniting Pulaski Academy as it torched Little Rock Christian 63-14 at PA's Joe B. Hatcher Stadium. The Bruins scored three times in under three minutes to grab the game by the neck early, and by halftime, the hosts had already totaled 485 yards of offense.

"The start really relaxed me," Lucas said. "Even though they lost to White Hall, Little Rock Christian is a good team. They can play, they've got some talent. But our kids played really hard and we set them up all week to put them in a position to come out here and perform."

And while it needed to take one more snap than the first series, Pulaski Academy had no issues scoring for a second time in as many possessions -- Fiser popped a shovel pass to Jaylin McKinney, who scooted 17 yards for the touchdown.

"Their defense allowed us to use it more than we usually do," Fiser said of the shovels, which were clearly an emphasis for the Bruin offense as they tried to limit Himon's usage. "We took advantage of it ... and [our coaches] did a great job of recognizing that and noticing we could capitalize on that."

From there, it was Himon's time to take over. Following an interception by Warrior quarterback Walker White, the Bruins pounded Little Rock Christian (6-2, 2-2) on the ground. Himon's first carry went for 30 yards and two plays later, he powered 17 yards into the end zone.

All but one of Pulaski Academy's eight first-half drives ended in touchdowns. Himon didn't see the ball after halftime, ripping off three more scores of 24, 75 and 55 yards to help the Bruins take a 49-7 lead into the break.

It didn't help the Warriors that their first two series -- both of which got inside the PA 25-yard line-- ended in turnovers on downs, including one that was stopped just a couple yards shy of the end zone.

"They executed plays and we did not," LRCA Coach Eric Cohu said. "We had poor eye discipline on defense on things we'd worked on, and then offensively, we've got to finish drives and we can't turn the ball over."

What's become a rivalry between the two west Little Rock schools didn't look like much of one Friday night – it was the most lopsided contest between the pair over the last decade with 49 points separating the sides.

Knowing what this game means, Pulaski Academy wasn't going to take it lightly.

"We always know we can turn it on and it's just a matter of when," Fiser said. "Coach Lucas got us fired up and we all came out ready to play." 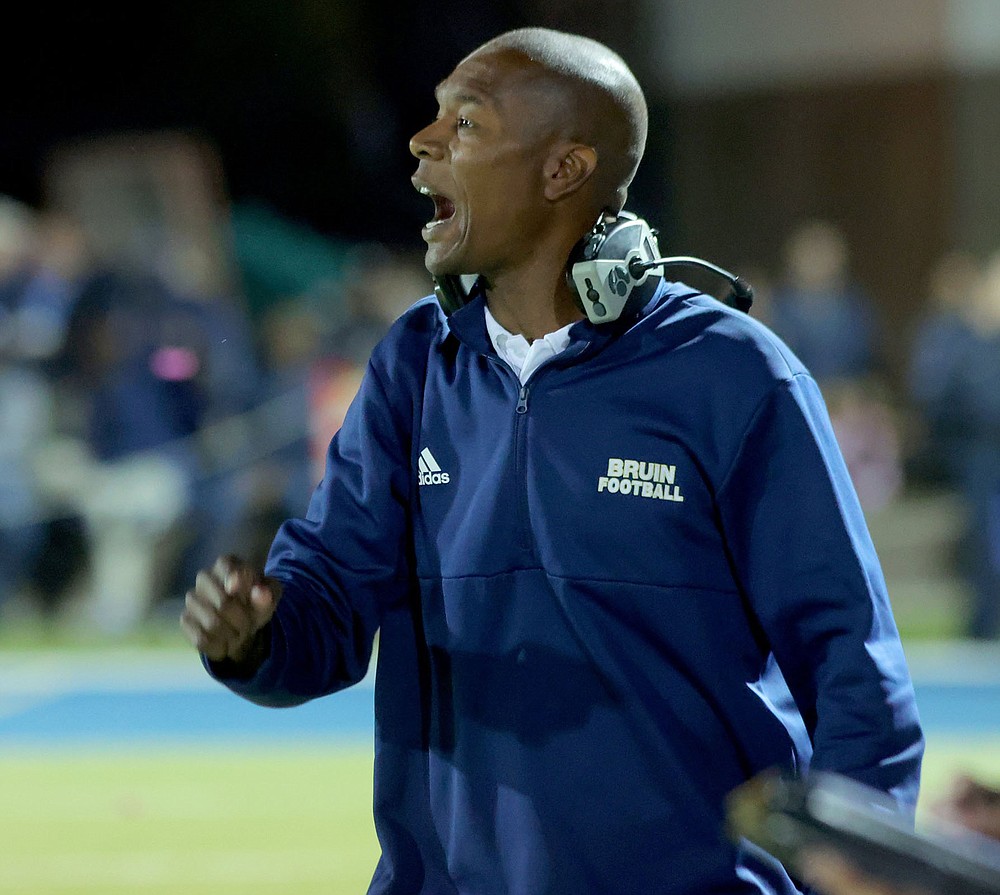 Pulaski Academy Coach Anthony Lucas gives instructions to his team during the Bruins’ victory over the Warriors on Friday. (Special to the Democrat-Gazette/Stephen B. Thornton) 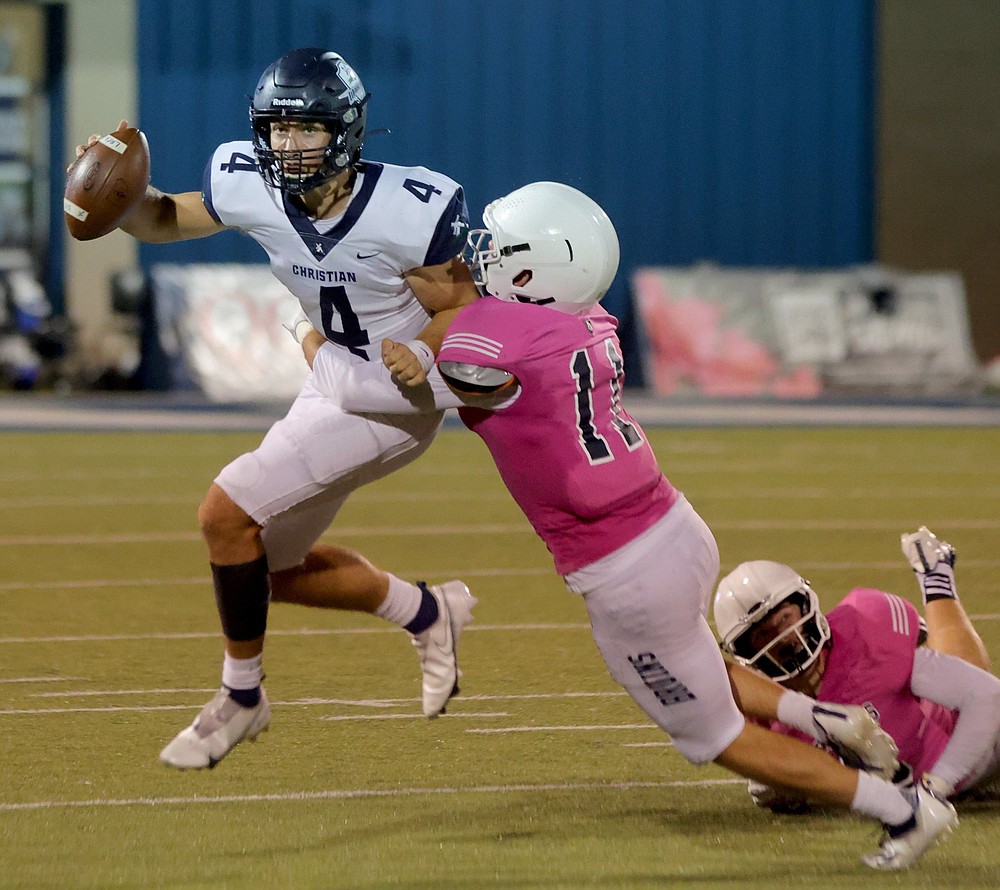