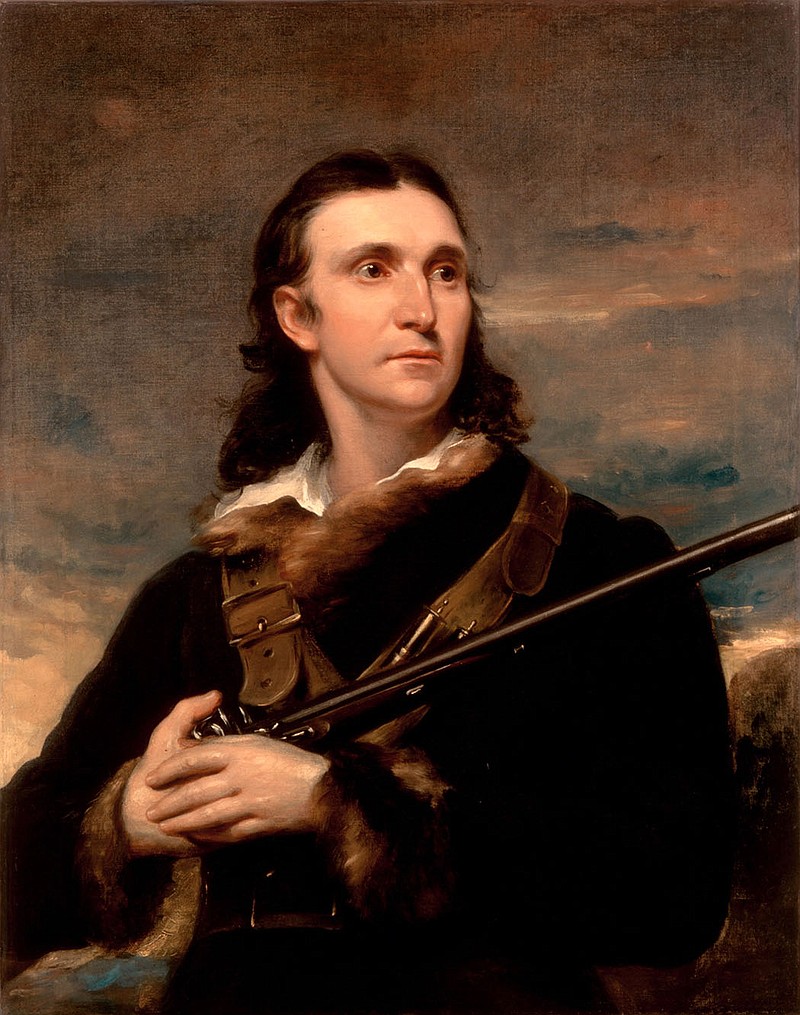 The White House Historical Association In the public domain, this is a faithful photographic representation of John Syme's painting of John James Audubon wearing a wolf skin coat, done in oils on canvas in November 1826.

One of the most iconic names in the American environmental movement is being erased from a group that once cherished it.

The Audubon Naturalist Society, based in Chevy Chase, Md., announced that it will divorce itself from John James Audubon, the famous ornithologist and naturalist who was also an enslaver who fought abolitionism and robbed skulls from an American Indian grave site.

"We have such a diverse region, and we want our mission work to serve everybody who lives here," said Lisa Alexander, the society's executive director. Alexander said she worked in the environmental field for years before learning of Audubon's past.

"I should have known, and that's something I have to take responsibility for," she said. "But once you know it, you can't unknow it. To have a white enslaver as your namesake, that just doesn't go together."

Alexander said the society has considered a name change since 2010, but the decision comes in the aftermath of a racial reckoning that shook the nation after the killing of George Floyd by a police officer in Minneapolis last year. The society plans to unveil a new name next year in October, around its 125th anniversary.

"I wouldn't say it's coincidental at all," Alexander said of the announcement earlier this month. Members of the society watched as Black men and women were shot and killed, protesters of the shootings were tear-gassed and white rioters stormed the Capitol on Jan. 6. "Did that accelerate the conversation?" Alexander said. "You betcha."

Across the country, other predominantly White environmental groups are reckoning with their own racial histories.

The American Ornithological Society is considering changing the names of birds tied to white supremacists, including Audubon. Last summer, the McCown's longspur, named after Confederate general John P. McCown, became the thick-billed longspur, a label based solely on its characteristics.

Across the world, indigenous people had already named birds that white explorers and colonists "discovered." At least 150 eponyms, names tied to birds, are being reconsidered because of ties to enslavers, grave robbers and supremacists.

Another major organization, the Sierra Club, has reconsidered how it represents its revered founder, John Muir. The famed conservationist fought to preserve Yosemite Valley and Sequoia National Forest but also referred to African Americans with a racist pejorative more offensive than the n-word to many Black people. He described Native Americans as dirty.

Audubon isn't just a name, it's a nationwide movement with up to 500 independent organizations linked to a man who spent years in the 1800s illustrating one of the most authoritative and revered books in U.S. ornithological history, "The Birds of America."

The illustrator and lover of birds did not play a role in founding the organizations that bear his name. He died in 1851, long before they were established. Later it came to light that the man they embraced was an enslaver who belittled the work of people who sought their freedom. He also helped a friend rob the coffin of an Indian chief and remove his skull with "still the hair on."

The Audubon Naturalist Society's decision is the first serious crack in the foundational Audubon brand. Started as the Audubon Society of the District of Columbia in 1897, it is the first of the 11 original Audubon societies to announce a name change, according to Caroline Brewer, the naturalist society's spokeswoman.

The board appointed a diverse task force of members, partners, community residents and donors. They read selected works, including a Washington Post report about ornithologists grappling with bird names to inform their decision, Alexander said.

"The ANS is known in regional and national environmental circles as a leader; it's going places where no other environmental organization has gone before," Brewer said. Changing the name, she added, was the right thing to do. "We are ahead of the game, and we are in fact changing the game."

Earlier this year, the National Audubon Society, which formed eight years after the naturalist society, said it hasn't ruled out changing its name but has stopped well short of taking action.

"I am deeply troubled by the racist actions of John James Audubon and recognize how painful that legacy is for Black, Indigenous and people of color who are part of our staff, volunteers, donors and members," interim chief executive Elizabeth Gray said in a statement in May. "Although we have begun to address this part of our history, we have a lot more to unpack."

On Tuesday, the national organization announced that it started a 12- to 18-month fact-finding process to access Audubon's legacy "and what his name means for the future of the organization," said Lisa Hardaway, a spokesperson.

The former Dungeness River Audubon Center, a small organization in Washington state whose partners include the Jamestown S'Klallam Tribe, voted in September to change its name to the Dungeness River Nature Center.

At least one young African American ornithologist who works for the Georgia Audubon Society said she's ashamed to wear the name on her work uniform. "I felt like I was wearing the name of an oppressor," Corina Newsome said, "the name of someone who enslaved my ancestors."

Brewer, who described herself as the only senior member of the society's staff who is Black, has worked at the naturalist society for years but didn't learn about Audubon's past until last year.

"I was horrified," she said.

Brewer is chair of the organization's Taking Nature Black Conference established in 2016 to be more inclusive. The following year, the group established Naturally Latinos to bring another underrepresented group into the fold. In 2018, the society started IDEA, an initiative to reform its workplace to reflect Inclusion, Diversity, Equity, Accessibility, Brewer said.

"Once I discovered what [Audubon's] history was, what his legacy was to African Americans," Brewer said, "it was clear in my mind that we were going to respond because awareness had been heightened within this organization and this community.

"So I am proud of the fact that the board voted to change the name," she said. "There's a lot more work to do. We have to go deeper." 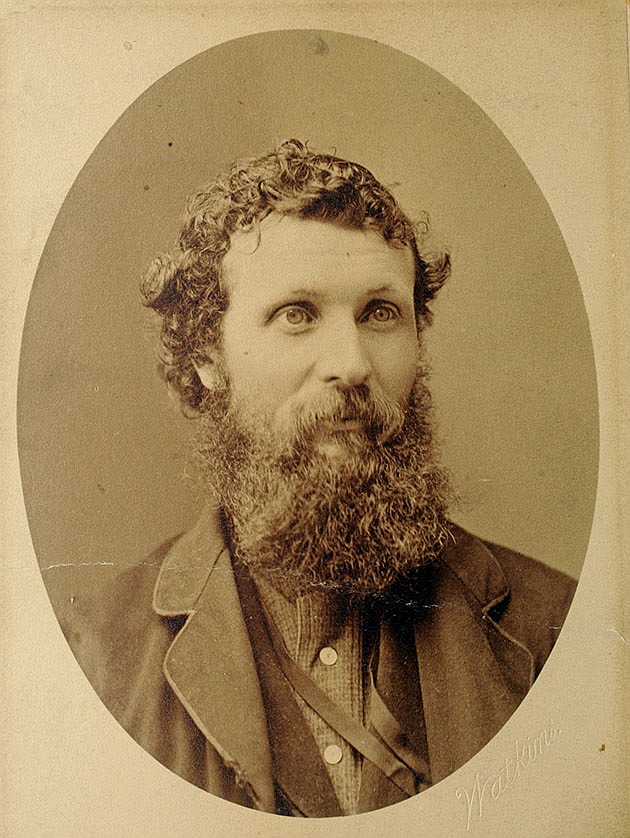 John Muir is shown in this circa 1860s image issued by the Wisconsin Historical Society. The society is publishing a rare collection of letters written by Muir on the society's Web site. The letters span more than 50 years of Muir's life, documenting in his own words how he evolved from a strict Calvinist at the University of Wisconsin-Madison to a mountain-climbing, tree-hugging advocate for all things nature. (AP Photo/Wisconsin Historical Society)