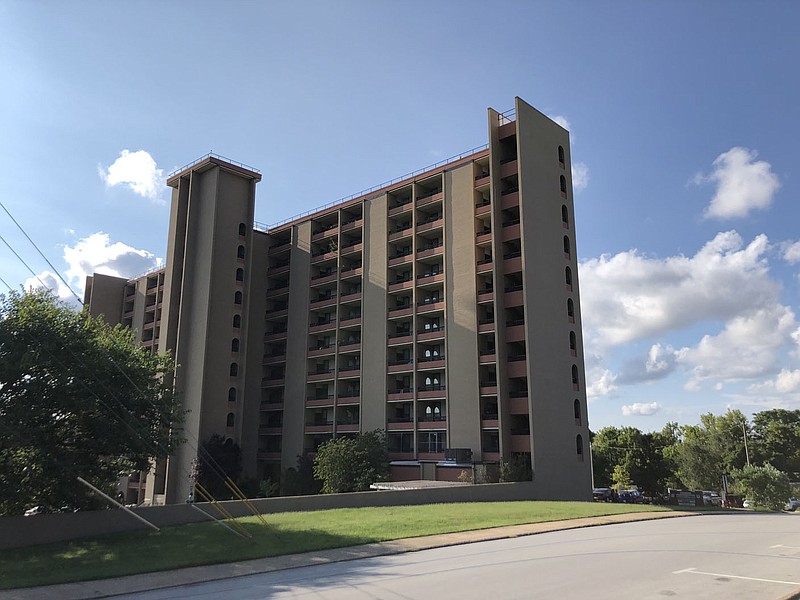 FAYETTEVILLE -- The interim deputy director of the Fayetteville Housing Authority is resigning effective Sept. 15, saying certain board members do not treat the health of the agency as a top priority.

Victoria Dempsey, who also serves as director of vouchers and supportive services, sent a resignation letter to the board Wednesday evening. She has worked at the authority since March 2019.

The resignation comes on the heels of the resignation of the agency's interim director, John Berry, whose last day was Wednesday. Berry cited health issues brought on by the stress of working at the authority and how some board members treated him and the staff as the reasons for his resignation.

The U.S. Department of Housing and Urban Development has sent multiple notices to the authority and its board regarding misuse of public housing money, prompting an investigation, Dempsey said in her letter. Board members made statements in public meetings alleging wrongdoing, placing blame on the staff and used intimidation, she said.

Dempsey said the board had no leadership transition plan in place upon Berry's resignation. She said board chairwoman Melissa Terry assigned her most of Berry's duties in a staff meeting Wednesday. Dempsey also expressed her concern about more staff members leaving because of a hostile work environment and an unmanageable workload.

"I'm going to leave with my integrity," Dempsey said. "I literally feel like I've done everything I can do to turn it around or to bring attention to the issues."

Terry said the board has had a consistent concern with staff turnover to carry out the functions of the authority, which include ensuring that low-income and disabled residents have access to housing and client management services. Several staff members left last year, and there are five vacant positions currently, she said.

"It indicates to the board, as the policy governance body of this institution, that we need to have some kind of management stabilization plan in place," Terry said. "In order to do that, we are contracting with a professional organization to accomplish that goal."

The Departmental Enforcement Center of the U.S. Department of Housing and Urban Development sent a letter to the housing authority Aug. 16 saying the authority was under review.

The review had to do with the authority's compliance with HUD rules and regulations, particularly pertaining to money the authority's nonprofit, Fayetteville Housing Authority Development, owes to the regular authority.

The nonprofit is the development arm of the authority that has its own board consisting of the same members as the housing authority board except one. The board had a plan to use the nonprofit to purchase and renovate several multifamily properties.

HUD made 20 financial and organizational records requests covering a period from Jan. 1, 2019, to Aug. 15, with a due date set for Monday. Dempsey said the agency answered the requests on time despite a board plan that HUD rejected to have a consultant help.

The authority's board -- consisting of Terry, Ezra Brashears, Kristen Scott, Monique Jones and Kris Paxton -- voted 4-0 in an Aug. 19 meeting to hire a consultant to help fulfill the records request and stabilize the organization. Scott was absent from the meeting.

The board intended to hire Gerald Turner with HEAL Collective and accountant Lisa Curry McCullough under an emergency procurement policy, and hiring was contingent on HUD approval. HUD told the agency that the hire did not meet the federal government's definition of an emergency.

On Thursday, the board held a special meeting to reconsider a $19,500, 60-day contract with HEAL Collective. Expenditures below $20,000 do not have to go out for bids, per the authority's policy.

Duties in the contract include supporting day-to-day operations; coordinating with a hired auditor; analyzing finances; supporting the staff in collecting rent for tenants from the federal Emergency Rental Assistance program; updating the authority's employee recruitment strategy; attending board meetings; and facilitating biweekly staff meetings with Terry.

Thursday's meeting wrapped up after about 20 minutes with a 4-0 vote to approve the contract. Scott again was absent.

Strife among board members, the staff and public housing residents came to a head in a February board meeting. A number of residents and former staffers lodged complaints against former Executive Director Angela Belford. The board subsequently fired Belford, and Berry took over as interim director.

Berry submitted his resignation letter Aug. 18, saying he would work 8 a.m. to 5:30 p.m. Mondays through Fridays until his final day. The board accepted his terms in a meeting the following day.

Terry said the board chairman can interact only with the top executive of the agency, and board members can speak only with one another and make decisions during public meetings. Berry missed several days of work and four board meetings because of health issues, she said. Terry said she had meetings with Berry last week and this week to plan a transition of responsibilities.

"In regard to being able to schedule a time that worked within his schedule, this was our earliest available opportunity," she said.

Dempsey said as of Thursday, Fayetteville Housing Authority Development owes the regular authority either about $79,000 or about $127,000. The amount depends on whether HUD awards the development nonprofit money from a federal grant to move residents from Hillcrest Towers to a property the nonprofit bought, the former Hi-Way Inn & Motel, while emergency renovations were being done at the towers in 2019.

Terry said a key function of the contract with HEAL Collective will be helping to collect rent for tenants of the development nonprofit properties through the federal Emergency Rental Assistance Program. Washington County is managing an online portal to distribute the money. The nonprofit is sitting on about $210,000 in unpaid rent that was brought on by tenants' inability to pay because of the covid-19 pandemic, she said.

"All of these funds are directly related to unpaid rent," Terry said. "This is why it is our top priority to get our residents who are in arrears into Washington County's Emergency Rental Assistance portal."

Board members for the nonprofit decided to sell or relinquish ownership of five properties in order to recoup losses. The nonprofit still owns the Hi-Way Inn, but it's on the market. Two apartment complexes, one on West End Avenue and another on Dunn Avenue, reverted to previous ownership in June. Two additional complexes, one on 12th Street and one on Deane Street, are being sold, Terry said.

Terry said the board will assess the authority's leadership once Dempsey works her final day. A search for a permanent director is ongoing, she said.

The board will discuss applicants for the job during a meeting this month and conduct interviews, Terry said. The time frame is to have a new director hired within 60 days, she said.