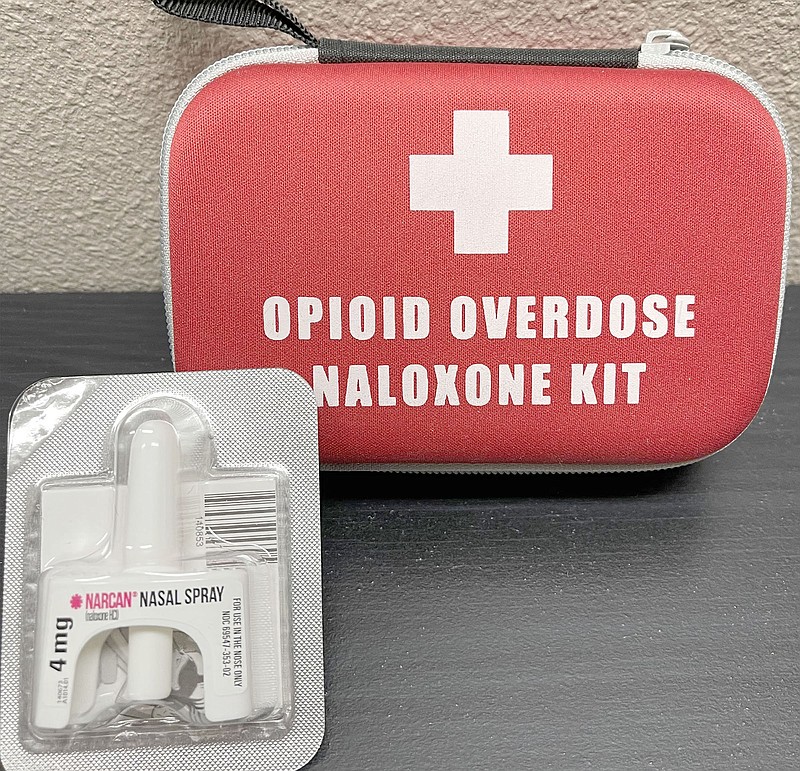 FORT SMITH -- A generous supply of Narcan helped save a police officer's life Wednesday, according to the department.

An officer became unresponsive after coming into contact with fentanyl, a synthetic opioid, about 2 p.m. during a multiagency narcotics investigation, Police Department spokesman Aric Mitchell wrote in a news release Wednesday.

The officer, whose name wasn't released, was given two doses of Narcan nasal spray, and, although it didn't produce the "desired results," that changed when he received a third dose intravenously. Narcan, the name brand of the drug naloxone, reverses the effects of an opioid overdose.

The officer is recovering after being taken to a local hospital, according to Mitchell.

"We are grateful for this outcome, especially knowing the tragic possibilities of a fentanyl exposure," Mitchell said.

He said the First Presbyterian Church of Fort Smith provided the department a $15,840 grant in August 2020, which allowed it to equip its officers and detectives with Narcan.