Bridge collapses, another closed because of deficiencies 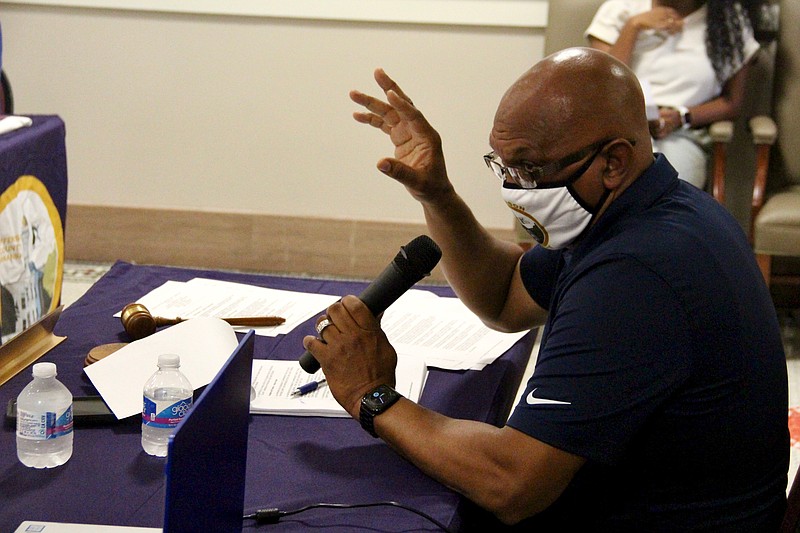 Two bridges along the Wabbaseka Bayou were mandated by the Arkansas Department of Transportation to be shut down after failing inspection, and now one of the bridges has collapsed under its own weight.

During Tuesday's Jefferson County Quorum Court committee meeting, County Judge Gerald Robinson informed the committee members that he had left off the agenda the need to appropriate funds from the county's reserve funds to repair the Mulberry Grove Road bridge and the Wilson Road bridge, which completely collapsed, but the failure happened after the structure had been closed.

"The state shut us down," said Robinson, who told the justices of the peace the incident happened three weeks ago. "I did an emergency order. We have to fix those bridges."

Robinson said his office has received numerous calls from farmers and the public.

"When that first happened, we were scrambling trying to find funds to get those roads fixed," said Robinson. "We elected to utilize reserve funds in order to do that. We have already made contact with the contractor. We've taken bids on it. We already got a contractor in mind to complete the work."

According to ARDOT, the Wilson Road Bridge is a heavily used bridge for traffic averaging 636 vehicles daily. The wood structured bridge is 115.40 in length and 22.60 in width, and according to the report, the wearing surface is monolithic concrete.

According to an ARDOT report dated April 20, 2021, the department made a report to the county in February 2014 that the Mulberry Grove Bridge needed repair with an importance rating of a C. A prior note indicates the priority level as a D.

According to ARDOT Bridge inspection manual Priority Code C is for deficiencies that should be prioritized and scheduled within the next 12 months.

Examples would be bridge railing damaged; removal of drift build-up from piers; minor bolts missing in a primary member; and a timber deck with a few deteriorated timbers.

Priority Code D is for deficiencies that can be scheduled for repairs within the next 24 months. Examples would be minor potholes; bridge railings that need reattachment; beam-ends rusted through at noncritical locations; leaking joints; stopped up drains; and vegetation that needs to be removed from channel.

The deficiency description on the Feb. 13, 2014 report states the right outside deck closer to Bent 1 was cracked, broken and fallen. Also, under the area, the deck had rotted, been crushed, broken and had fallen off.

Robinson said the bridges were very old with no maintenance done to them for at least 15 years. Though he couldn't speak for the previous administration, Robinson, who began his term as county judge in 2019, said he believed county had done the best it could over the years.

"We get a bridge report every year. They annually inspect those and we get a list of those bridges that we need to tend to," said Robinson, who added that the county prioritizes the bridges based on the severity of the damage. "It just so happens in this particular case these two bridges, because of the heavy loads of the farmers and all the people that drive across those bridges, they were much more damaged."

Since 1979, ARDOT has been responsible for the inventory, inspection and load ratings of bridge length structures on state, city and county public highway systems.

Robinson said a called finance committee meeting will be held on Monday at 5:15 p.m. before the full Quorum Court meeting to appropriate the funds and get the bridges in compliance.

Bullard said it will take approximately five months to have both bridges operational once bridge repair begins.

"Those bridges have been in poor shape for quite a while," said Robinson. "It finally caught up with us that we have to do the work now."

In other county business, the appropriation ordinance to provide supplemental appropriation to the Victims of Crime Act grant position and a vote on filling an open slot in the Victim-Witness department were tabled by the committee, which wanted to gain clarity considering the county was in a hiring freeze.

Jefferson County Prosecuting Attorney Kyle Hunter has requested that the county help fund staff positions provided by The Victims of Crime Act grant after receiving notification that the funds would be reduced.

Hunter said he has five positions funded by VOCA, and two and a half positions will be affected by the cut in funding, which according to Hunter is 40%.

Due to funding, Hunter will lose two grant-funded positions. He is requesting the county fund the $17,500.16 needed to cover the reduced funding from VOCA for the third position.

Hunter said the funding would need to begin Oct. 1, since the current grant year ends Sept. 30.

He is also requesting authorization to fill the open position in his Victim/Witness Budget that has not been filled since the 2020 furlough. 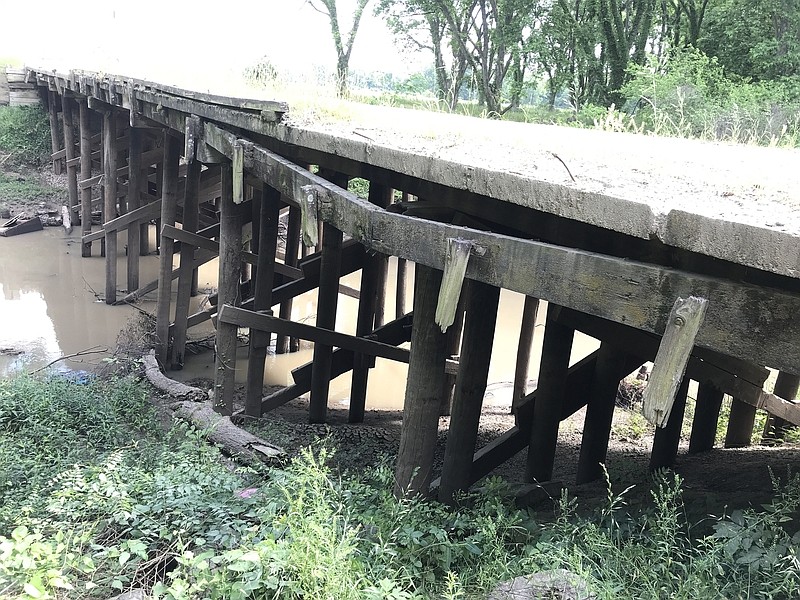 Wilson Road bridge (shown here) completely collapsed approximately three weeks ago, according to Jefferson County Judge Gerald Robinson. That bridge, along with the Mulberry Grove Road bridge, cross the Wabbaseka Bayou. Both were mandated by the Arkansas Department of Transportation to be closed. (ARDot)