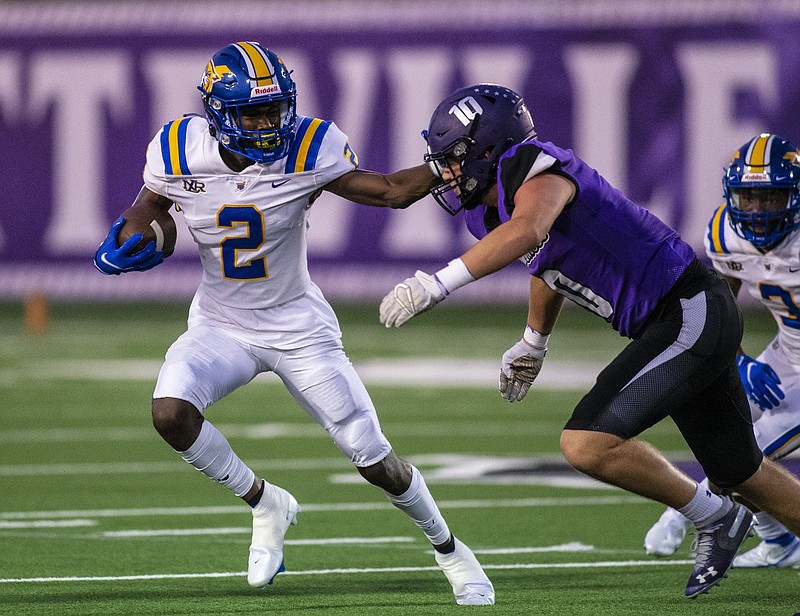 FAYETTEVILLE -- North Little Rock used two touchdowns and a gutsy fourth-down call late in the game to come away with a big road win on Friday.

Josh Thower returned an interception 52 yards for a touchdown and Torrance Moore scored on a 17-yard pass play to lead North Little Rock to a 14-7 victory over Fayetteville in a nonconference game at Harmon Field.

Both of North Little Rock's touchdowns came in the first quarter to offset a 21-yard touchdown pass from Bladen Fike to Isaiah Sategna for Fayetteville's only score late in the second quarter.

Fayetteville was eager for another opportunity when North Little faced fourth and 1 at its own 24 with 3 minutes, 1 second left to play. But the Charging Wildcats gambled and picked up the first down on an inside run by Moore, who had 85 yards rushing on 25 carries.

North Little Rock then ran out the clock for its second consecutive win after finishing as the Class 7A state runners-up last season.

"We didn't come up here to tie," North Little Rock Coach Randy Sandefur said. "Fayetteville's got a really good team and we'll see each other in the playoffs. It was just one of those things. It was our night."

North Little Rock (2-0) led 14-0 for much of the first half before Fayetteville (1-2) finally began to get untracked with Fike connecting with Dylan Kittell for three passes across midfield. Sategna finished off the drive when he went high in the end zone against tight coverage and caught a 21-yard pass to put Fayetteville on the board with 1:19 left before halftime.

The series was by far the best for Fayetteville since the first drive of the game when the Bulldogs marched from its own 35 to near the North Little Rock end zone. But Uriel Espino fumbled inside the 2 and the ball squirted out of the end zone for a touchback. Fayetteville also lost potential scores when a touchdown pass was called back because of a holding call and when Jalen Blackburn was ruled out of bounds on a pass at the North Little Rock goal line in the fourth quarter.

Still, Fayetteville could not get much going offensively. Fike was 17-of-41 passing for 224 yards with 2 interceptions and the Bulldogs' running game finished with minus-7 yards rushing.

"I think the game was centered so much on offense, that they kind of forgot about both defense," Sandefur said. "Fayetteville's got a really good defense and I'm going to tell you something, so does North Little Rock."

The score stayed that way until Fayetteville received a much-needed touchdown catch by Sategna late in the second quarter to cut the North Little Rock lead in half.

Friday's game concluded a rugged nonconference schedule for a Fayetteville team that played Conway, Owasso, Okla., and North Little Rock, all highly-ranked teams. The Bulldogs will take next week off before beginning 7A-West Conference play at Bentonville West. 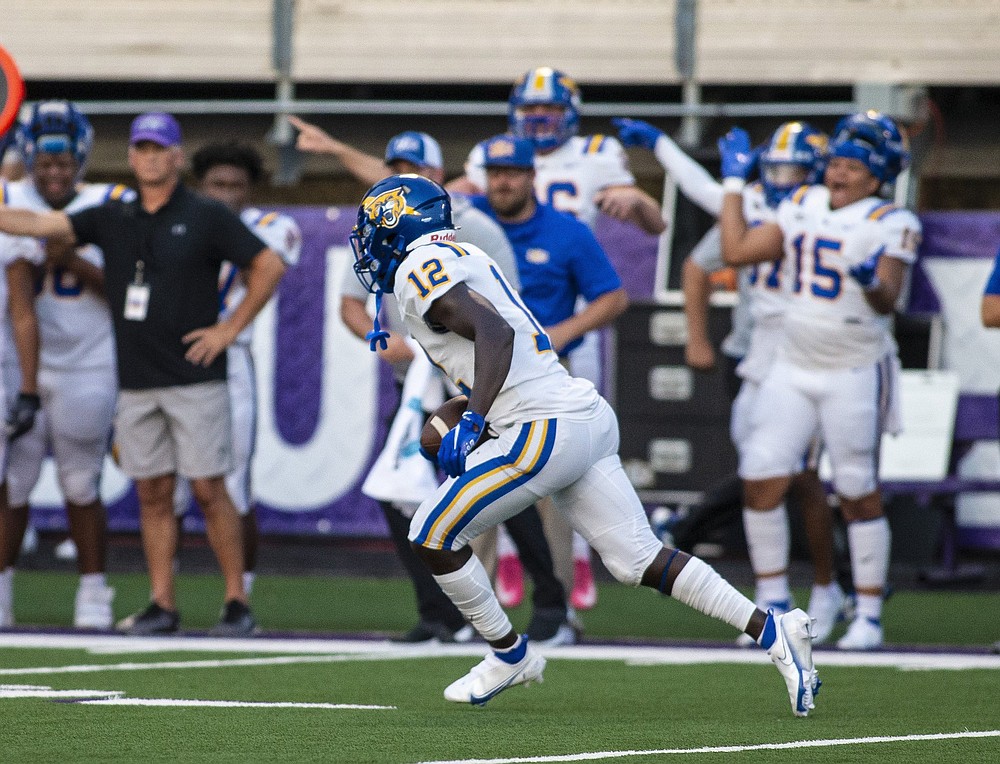 Josh Thower of North Little Rock runs back an interception for his team’s first touchdown against Fayetteville on Friday at Harmon Field in Fayetteville. The Charging Wildcats won 14-7. More photos at arkansasonline.com/911nlrfhs/ (Special to NWA Democrat-Gazette/David Beach) 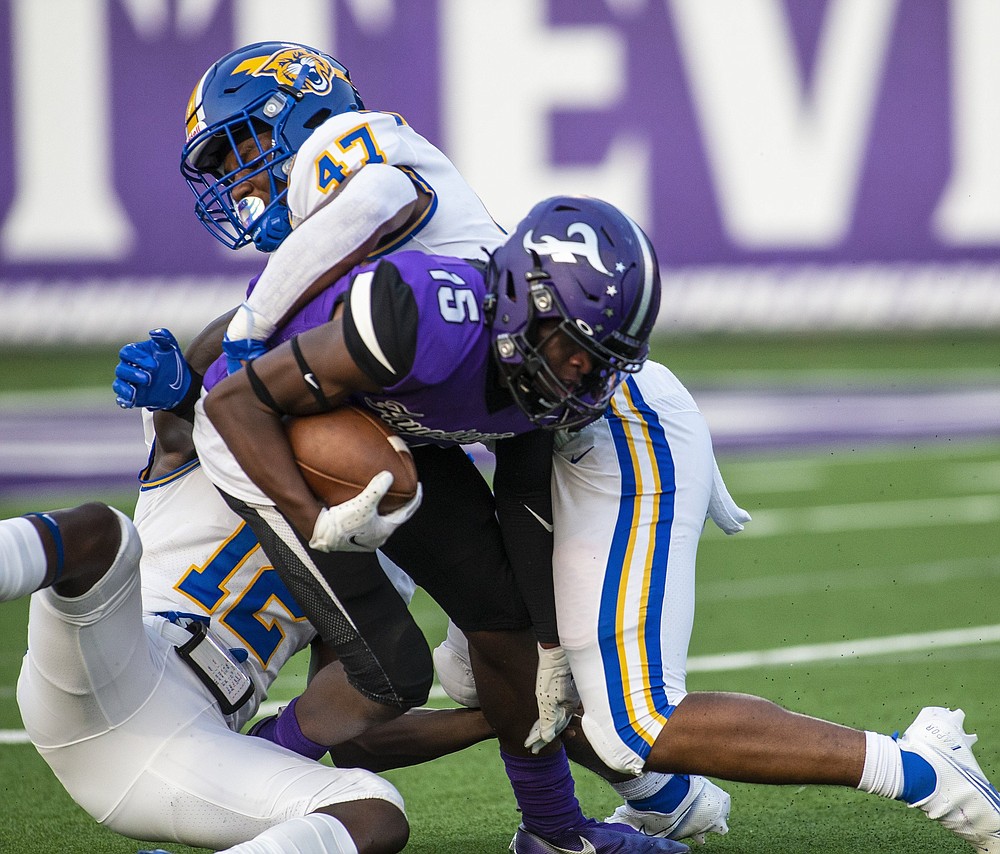 Ryan Maxwell (15) of Fayetteville gets tackled by Thower and Donnell Packer. More photos at arkansasonline.com/911nlrfhs/ (Special to NWA Democrat-Gazette/David Beach) 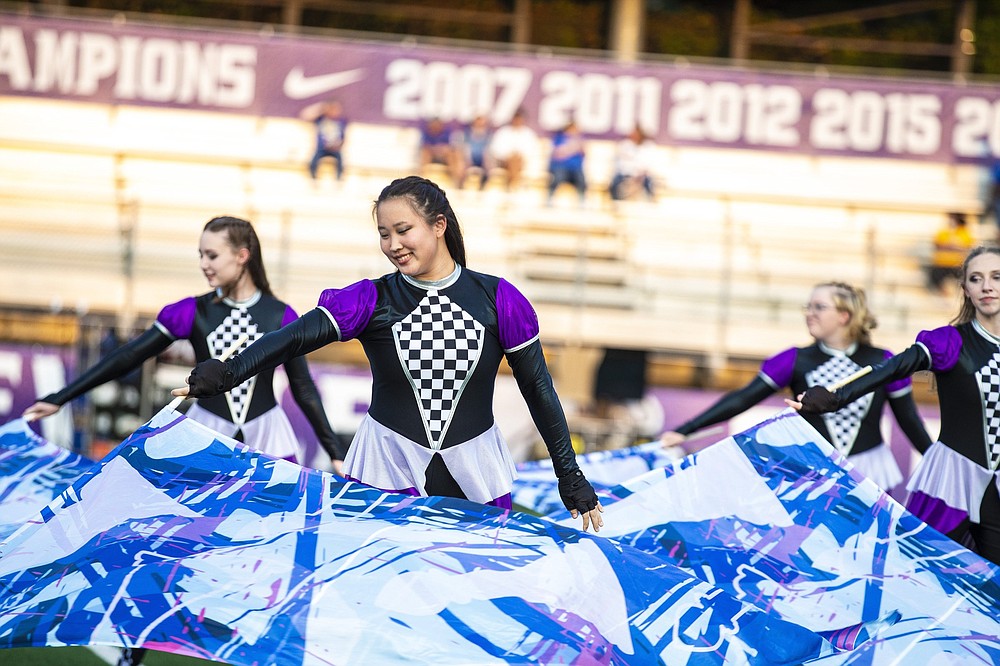 Members of the Fayetteville flag team perform Friday during the Bulldogs’ 14-7 loss to the North Little Rock Charging Wildcats at Harmon Field in Fayetteville. (Special to the NWA Democrat-Gazette/David Beach)