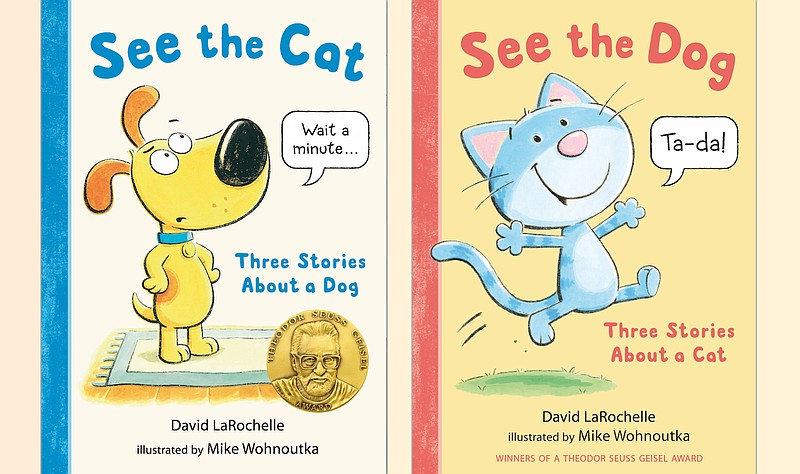 Pretty much every American schoolchild early in life is handed a primer, a picture book with rudimentary sentences like "See Spot. See Spot run. Run, Spot, run." Primers are cultural touchstones, and so a writer can make a lot of Americans laugh out loud by subverting the expectations set up by the primer form.

Such hilarious spoofs can function like primers while making fun of primers. We can call them anti-primers. Mac Barnett and Greg Pizzoli's Jack series is one example. Their sassy easy-readers feature an anti-hero rabbit and challengingly moral plots.

In 2020, David LaRochelle and Mike Wohnoutka won a Theodore Seuss Geisel Award for "See the Cat: Three Stories About a Dog," an anti-primer about Max, a dog. Max is trying to take a nap when the book starts talking about him.

The new book, "See the Dog," is a variation on the theme. We meet the blue cat, who willingly steps into service for an alarmingly unreliable narrator because the dog is out sick. Unlike Max, this cat tries to go along with increasingly dangerous story lines. The cat only makes it safely to the end of the book because the dog (spoiler alert) shows up to save the day — by not being a wolf.

Early readers will eagerly recite and then read these total hoots again and again, which is the goal.

Read to Me is a weekly review of short books for young people.