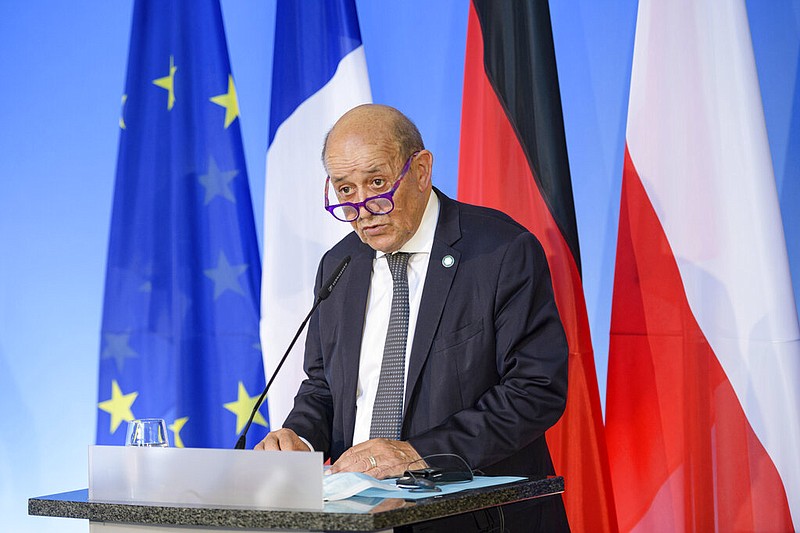 PARIS — French Foreign Minister Jean-Yves Le Drian said Friday evening that France is immediately recalling its ambassadors to the U.S. and Australia in a backlash over a submarine deal.

Le Drian said in a statement that the decision, on request from President Emmanuel Macron, “is justified by the exceptional seriousness of the announcements” made by Australia and the United States.

He said the cancellation by Australia of a big contract to buy French conventional submarines in favor of nuclear-powered subs built with U.S. technology is “unacceptable behavior.”

A top French diplomat spoke earlier Friday of a “crisis” in relations with the United States over the Australia deal.