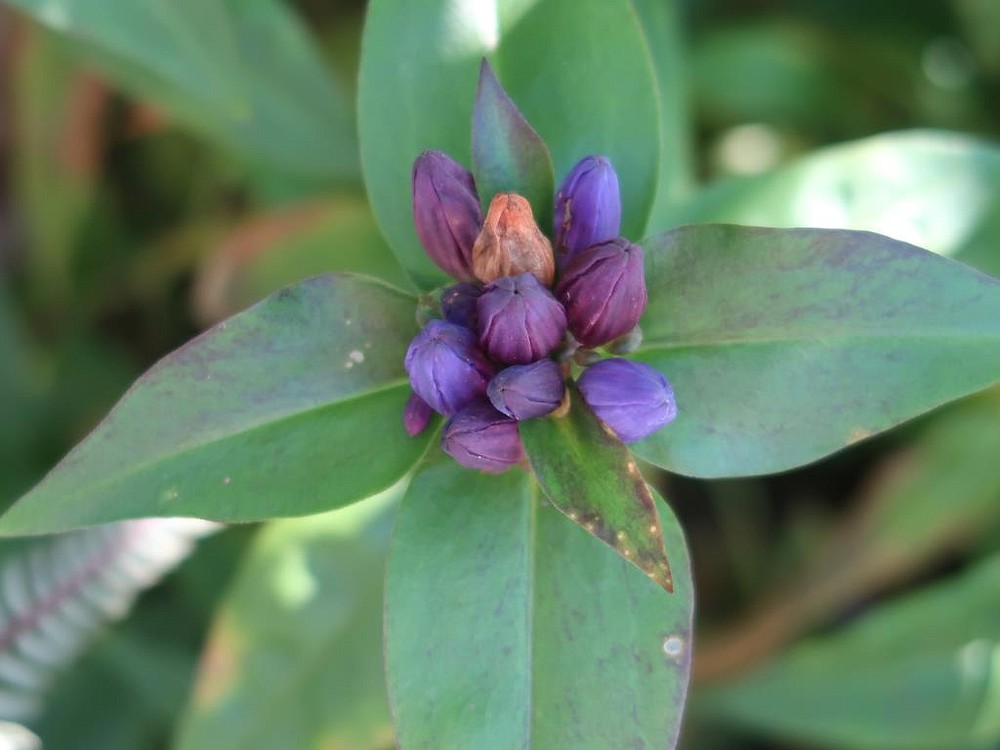 Bottle gentian -Gentian andrewsii – is a fall blooming perennial that would struggle in the heat of Arkansas. The blue to purple bottle shaped blooms look almost like an unopened flower bud. 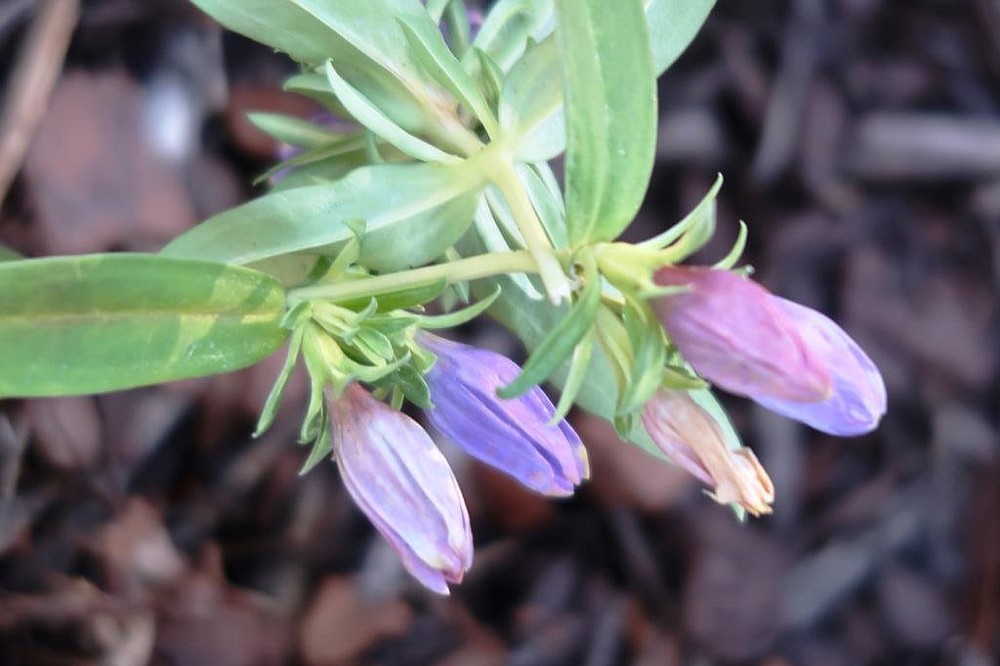 They begin flowering in late summer and continue through fall. Native to eastern North America, it is usually found in wetlands or moist woods, near ponds and streams. It will grow in full sun to partial shade where it is adapted. There are other species of gentians, some of which will do better in our gardens. 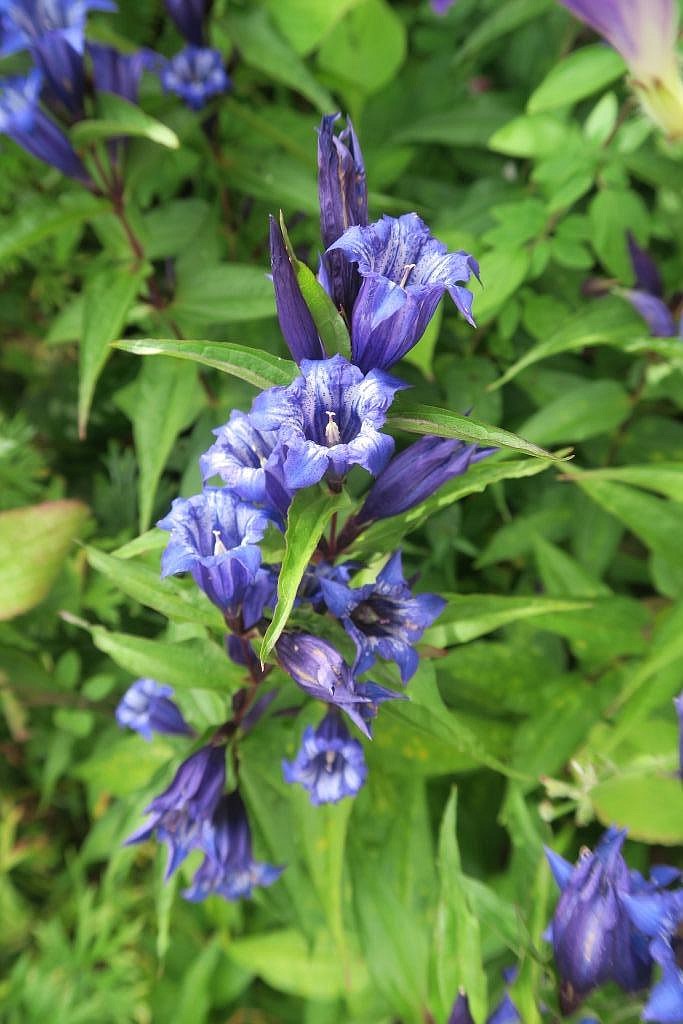 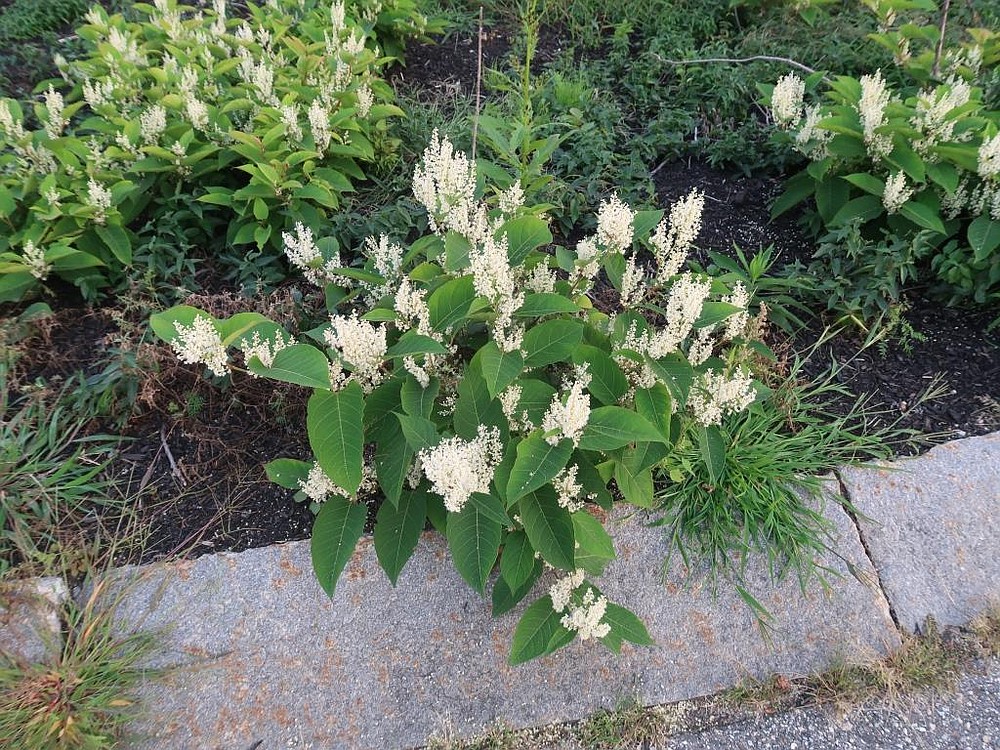 is a perennial plant that can grow from three feet to 10 feet tall, but can easily spread much wider. It has clusters of white flowers at the top of the plant from late August through early October. The bees love them. The plant is highly invasive and hard to control in the NE. 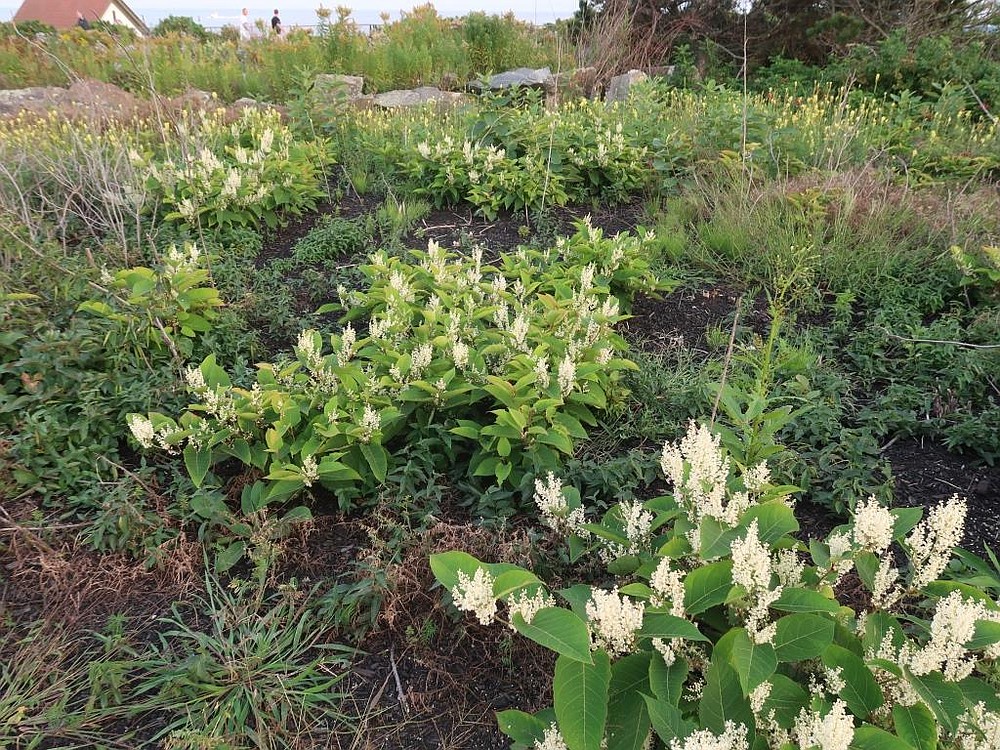 We saw it everywhere in Maine. 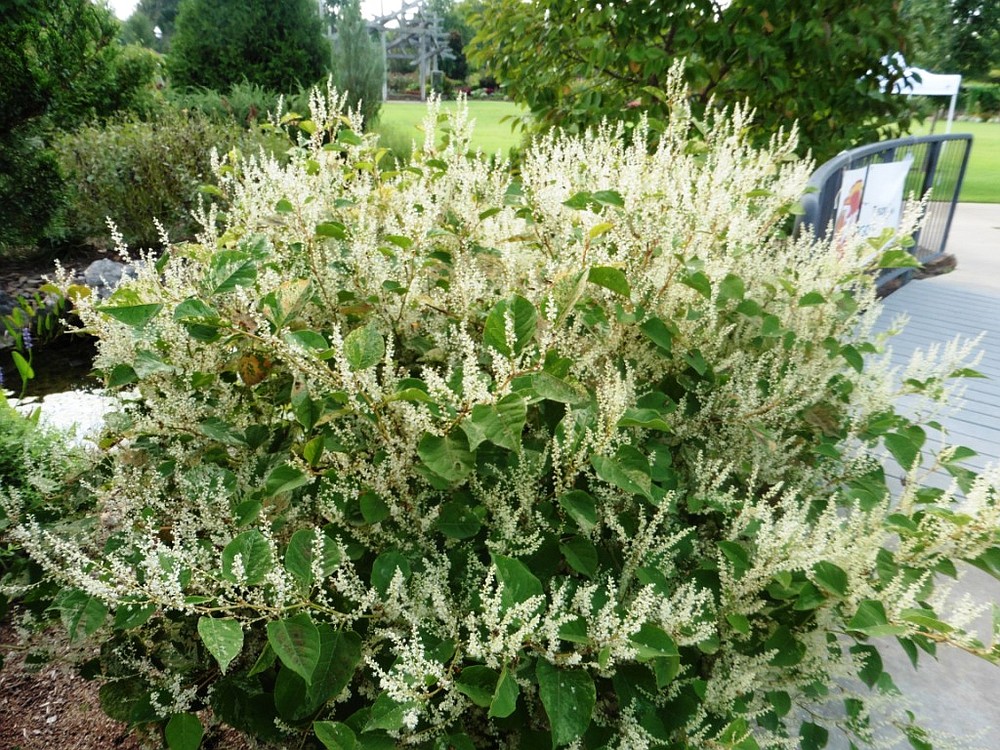 I would say it is their version of privet. Invasive plants are definitely different depending on climate. A variegated form is often used as an ornamental in Arkansas, 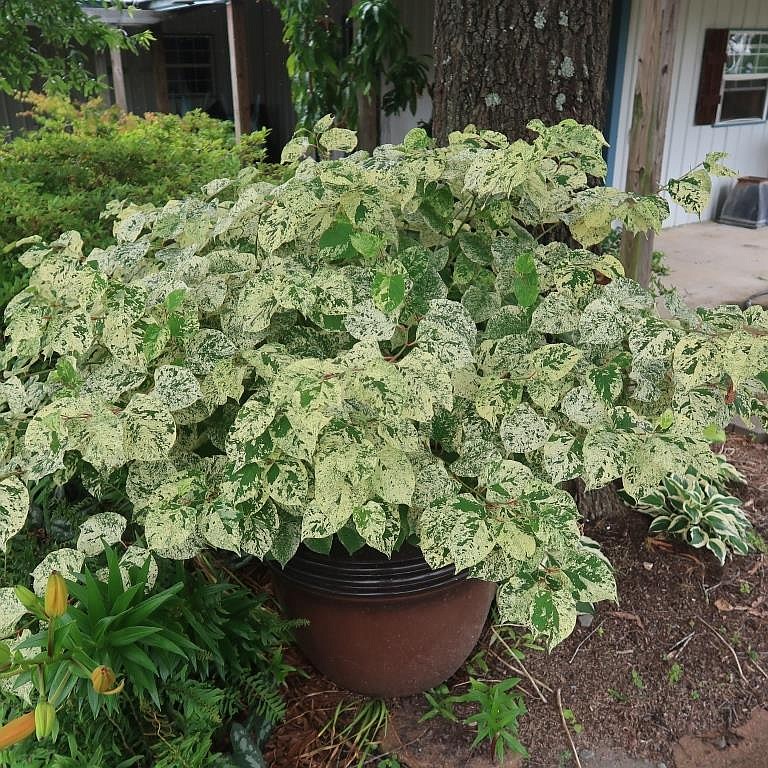 but do so with caution. It is not as invasive in the south as it is up north, but it can still spread. 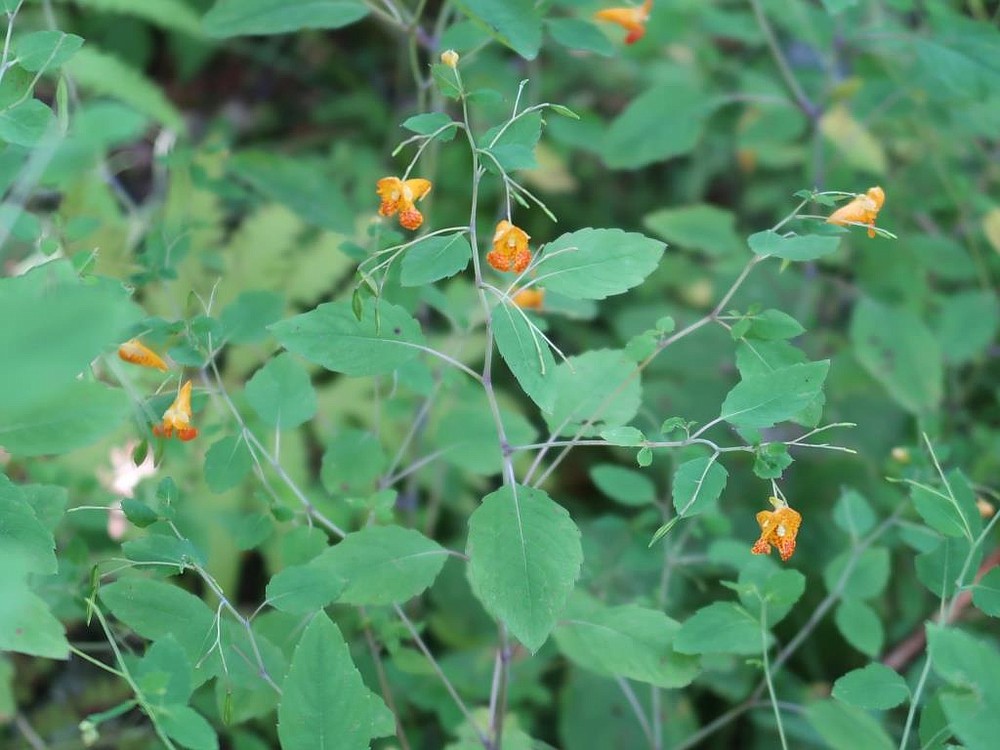 is a native shade loving annual impatien. The flowers look quite different from the annual you buy at the nursery for a summer flowering plant. I was surprised to see it as happy in Maine as it is in Arkansas. 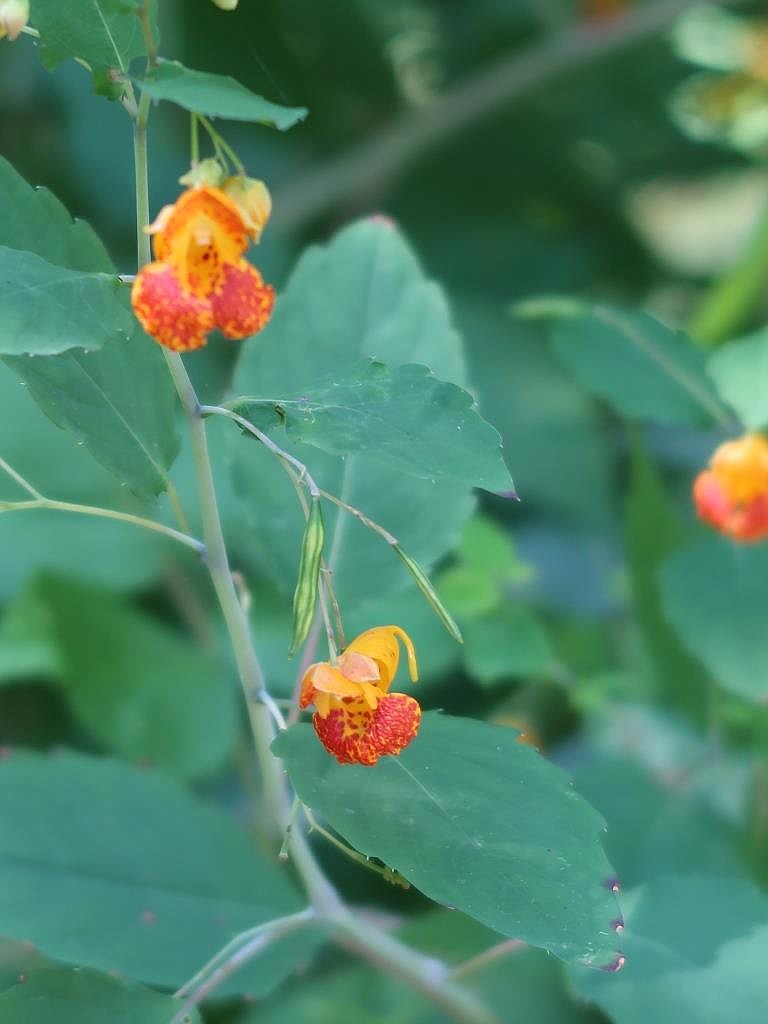 It is often found in shady, moist areas in the woods. Flowers are usually in shades of orange or yellow and usually spotted. 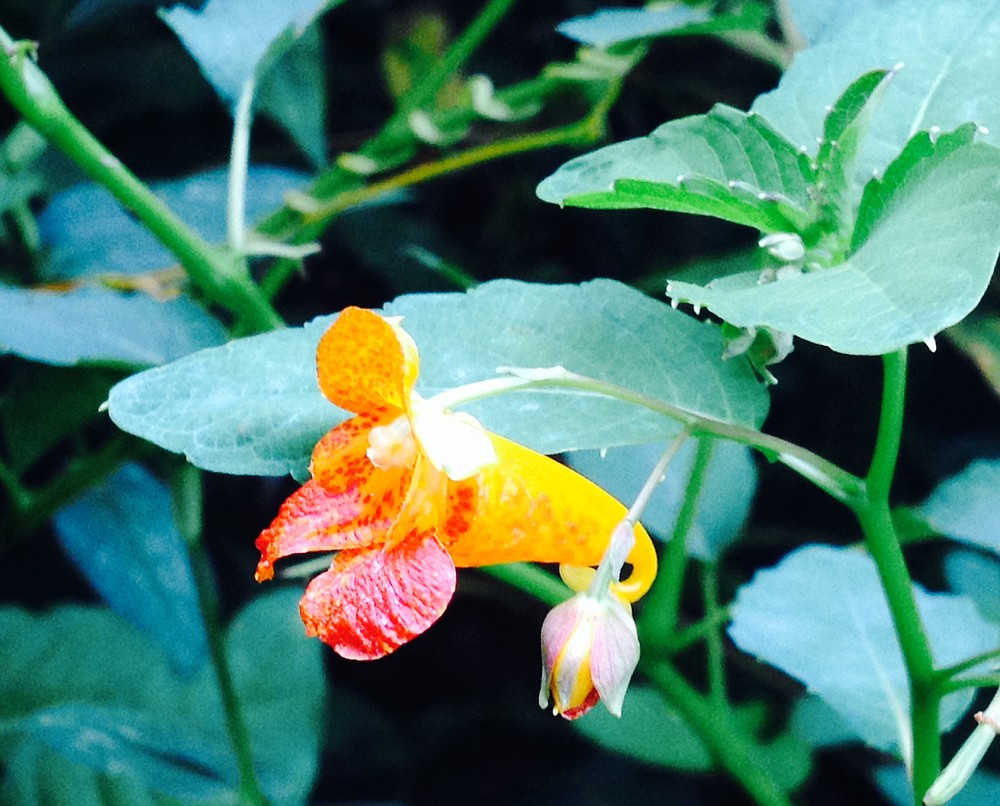 The plant freely reseeds itself, so if it is happy and in the right spot, it usually comes back each year. The plant has been used in home remedies for years to treat or prevent poison ivy.