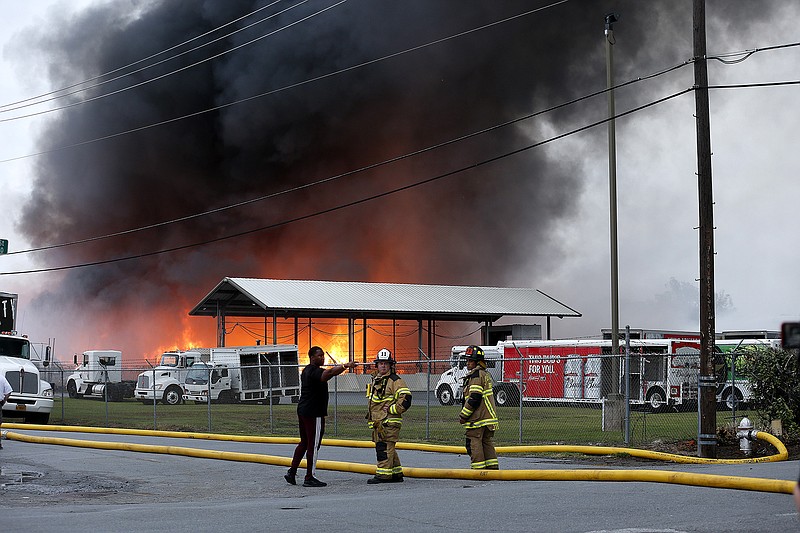 Little Rock firefighters battle a fire that started at Goldman Recycling and has spread to other buildings on Tuesday, Sept. 21, 2021, in Little Rock. (Arkansas Democrat-Gazette/Thomas Metthe)

The recycling warehouse at the corner of East 14th Street and Bond Avenue is fully engulfed, with a large plume of dark smoke visible for miles. At least 10 fire engines and four trucks responded to the fire at around 5 p.m., according to Little Rock Fire Capt. Jason Weaver.

According to an airport spokesman, the smoke has not affected operations at the airport.

Firefighters were working to keep the fire from spreading to an adjacent beer distributor, Golden Eagle of Arkansas.

Weaver said the fire, which had fully engulfed the building when the department arrived, was contained to the property. Propane tanks in the warehouse began exploding shortly after firefighters arrived.

He said no one was injured in the fire.

Weaver said it may take five to six hours to put out the fire because of plastic material burning.