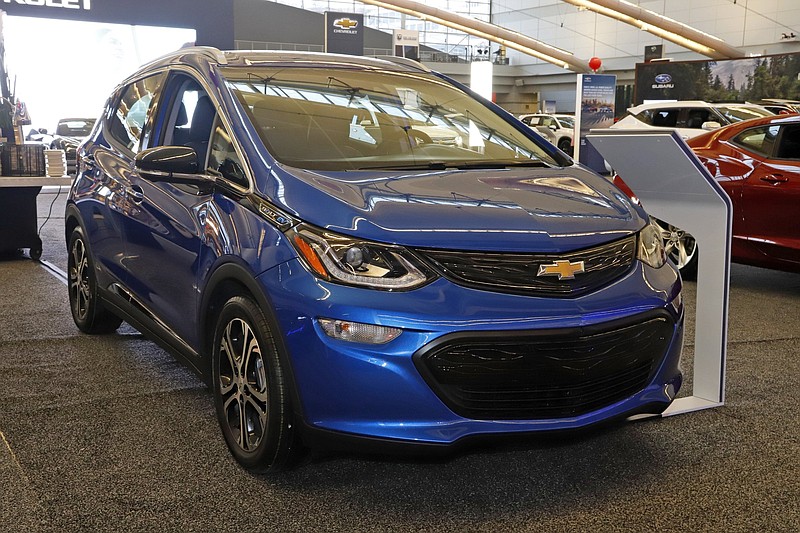 General Motors' plan to transition to all-electric vehicles will transform the century-old automaker into a software company that just happens to make hardware: cars.

In the new business model, the cars will be a platform to deliver GM-developed software to offer consumers services beyond their vehicle. Services that can be used in their homes and other areas of their lives, GM leaders say.

Wexler said that over the coming weeks GM will share more details on how its software strategy is turning cars into devices.

"[It's] similar to how you might think about your iPhone or Android phone," Wexler said Wednesday at the Benzinga Electric Vehicle Investor Conference, held virtually. "We're working to create experiences and services, leveraging data in the vehicles and beyond the vehicles."

"We've hired more people in the first half of 2021 than we did all in 2020 put together," Reuss said. "Younger people and experienced people who want to be part of the revolution of what this transformation looks like are coming to our company to do it."

Reuss said that in the past Silicon Valley and other tech types would have shunned the auto business, but now people understand that the car is a platform that delivers the software. "That's very exciting to a lot of people who probably wouldn't have thought about automotive in the past."

In November, GM said it would hire 3,000 engineers, designers and technology specialists through the end of the first quarter, and most of those people can work remotely, opening up the talent pool across the nation.

GM did not immediately have its most current hiring numbers available.

Reuss said the technology on vehicles today such as advanced electrical power steering, brakes and GM's Super Cruise hands-free driving technology are the basis to create the software "for the future growth of the company," he said.

Beyond that, "We have to make cars like the [Cadillac] Lyriq that is off the charts in terms of desirability," Reuss said. "We have to deliver things that people don't even know they want yet in terms of connectivity, software and what it does to make their life easier and how it makes them feel when you drive that car."

The 2023 Lyriq is an all-electric SUV scheduled to be on the market next year. Going on sale later this year is the 2023 GMC Hummer electric pickup built in Detroit and Hamtramck at Factory Zero. GM has said it will bring 30 new electric vehicles to market by 2025.

"We can't get to that opportunity of growth until we have cars that people want to buy, so that fundamentally has to be in place," Reuss said. "Then we can deliver things that are sort of out of this world that people don't even know they want."

GM's future rests on the technology it's developing for its electric vehicle future such as the Ultium battery system. Wexler said Ultium is not just underpinning a wide variety of vehicles across GM's four brands, it also allows for partnerships such as one with Honda.

In June, GM said it will engineer and supply its Ultium battery technology and its Hydrotec hydrogen fuel cell system to power locomotives in a collaboration with Wabtec Corp., a company that provides equipment and other services to the freight and rail industry. Also in June, GM and Liebherr-Aerospace, an on-board aircraft system supplier, announced a partnership to develop ways to use hydrogen fuel cell power generation on an aircraft.

"We are rethinking the company and our future as a platform company. It goes beyond vehicles," Wexler said. "There's an opportunity to power planes, trains, automobiles and even beyond transportation."

Going outside the vehicle, Wexler said GM is looking at revenue opportunities with such subscription services like OnStar.

GM has said it will offer OnStar Insurance. The name comes from the brand GM uses on the safety-and-security communication system embedded in its vehicles. But GM is expected to sell its own insurance policies to all vehicles, including non-GM brands, and homeowners and renters insurance. Electric carmaker Tesla has sold auto insurance to its vehicle owners since 2019.

Finally, he cited GM's new electric commercial van and software startup, BrightDrop. The company will deliver a low-volume amount of EV600 all-electric vans to its initial customer, Fedex, next year. It will also offer the EP1, an electrically powered pallet to move packages.

"At some point riding in the back seat of a vehicle will be totally different from what it is today. In terms of software, services and experiences, we can deliver and create new experiences for people," Wexler said. "That will be great for people but also will be great for business and we're leaning into all of that. Running like a big company because we have the scale, engineering, people and culture. But also acting like a small company in how we think about developing software and services for the future."