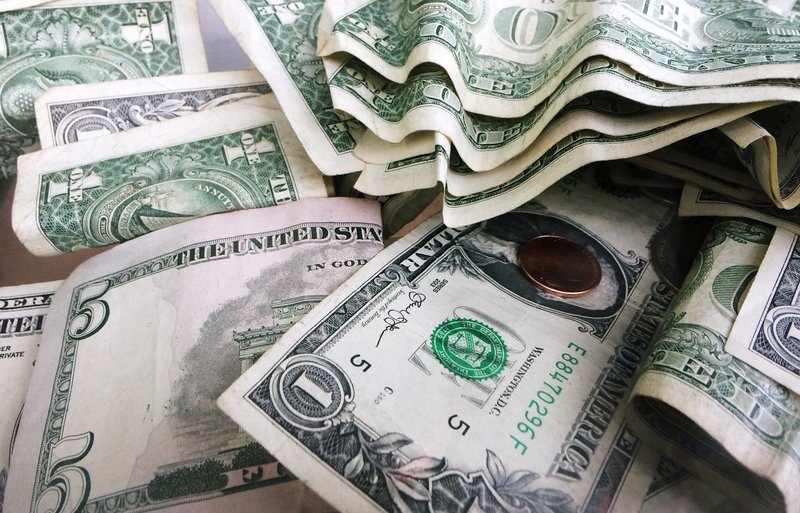 This September 2017 file photo shows a tip jar with one dollar and five dollar bills and a penny in New York. Despite an ultra-low 3.9 percent unemployment rate, about one-third of U.S. adults faced financial insecurity last year and often struggled to pay unexpected expenses, according to a Federal Reserve survey. (AP Photo/Mark Lennihan, File)

Personal income in Arkansas fell 29.8% in the second quarter, with increases in earnings more than offset by the declines in pandemic-related government aid, the U.S. Bureau of Economic Analysis said Thursday.

West Virginia personal income fell the most, 34%, among the 50 states and Washington, D.C. Massachusetts enjoyed the smallest decline in personal income for the quarter, ending July 30 down 14.5%.

"The decrease in transfer receipts primarily reflected a reduction in direct economic impact payments provided by the Coronavirus Response and Relief Supplemental Appropriations Act and the American Rescue Plan Act and a decrease in state unemployment insurance compensation," the bureau said in the release. "Transfer receipts decreased in every state, ranging from -$2.5 billion in the District of Columbia to -$185.6 billion in California."