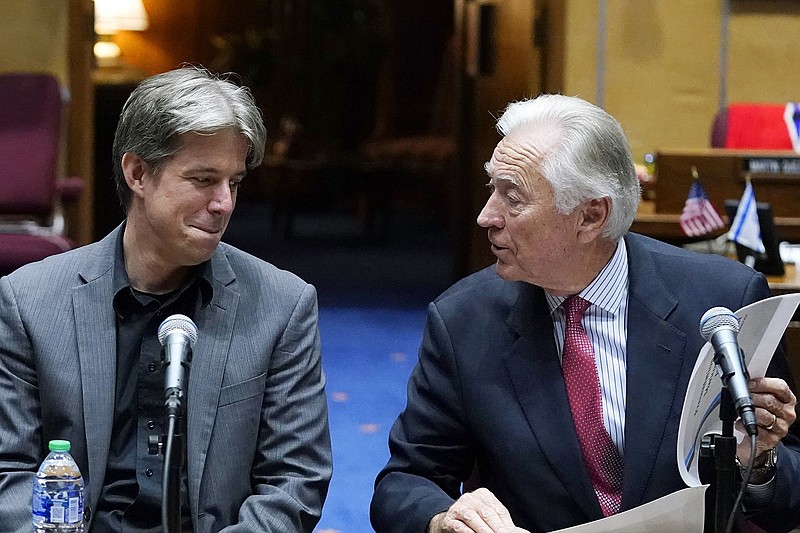 After six months of searching for evidence of fraud, the firm hired by Republican lawmakers issued a report that experts described as riddled with errors, bias and flawed methodology. Even that partisan review came up with a vote tally that would not have altered the outcome, finding that President Joe Biden won by 360 more votes than the official results certified last year.

The finding was an underwhelming end to a widely criticized quest to prove claims that election officials and courts have rejected. It has no bearing on the final, certified results.

Previous reviews by nonpartisan professionals have found no significant problem with the vote count in Maricopa County, home to Phoenix.

Still, for many critics, the conclusions reached by the firm Cyber Ninjas and presented at a hearing Friday, underscored the dangerous futility of the exercise, which has helped fuel skepticism about the validity of the 2020 election.

"We haven't learned anything new," said Matt Masterson, a top U.S. election security official in the Trump administration. "What we have learned from all this is that the Ninjas were paid millions of dollars, politicians raised millions of dollars and Americans' trust in democracy is lower."

[Video not showing up above? Click here to watch » arkansasonline.com/925maricopa/]

Other critics said the true purpose of the audit already may have been realized. It spread complex allegations about ballot irregularities and software issues, fueling doubts about elections, said Adrian Fontes, a Democrat who oversaw the Maricopa County election office last year.

"They are trying to scare people into doubting the system is actually working," he said. "That is their motive. They want to destroy public confidence in our systems."

The review was authorized by the Republican-controlled state Senate, which subpoenaed the election records from Maricopa County and selected the inexperienced, pro-Trump auditors.

The Arizona report claims a number of shortcomings in election procedures and suggested the final tally still could not be relied upon. Several were challenged by election experts, while members of the Republican-led county Board of Supervisors, which oversees elections, disputed claims on Twitter.

Election officials say that's because the review team is biased, ignored the detailed vote-counting procedures in Arizona law and had no experience in the complex field of election audits.

The review also checked the names of voters against a commercial database, finding 23,344 reported moving before ballots went out in October. While the review suggests something improper, election officials note that voters like college students, those who own vacation homes or military members can move temporarily while still legally voting at the address where they are registered.

"A competent reviewer of an election would not make a claim like that," said Trey Grayson, a former Republican secretary of state in Kentucky.

The election review was run by Cyber Ninjas CEO Doug Logan, whose firm has never conducted an election audit before. Logan previously worked with attorneys and Trump supporters trying to overturn the 2020 election and appeared in a film questioning the results of the contest while the ballot review was ongoing.

Logan and others involved with the review presented their findings to two Arizona senators Friday. It kicked off with Shiva Ayyadurai, a coronavirus vaccine skeptic who claims to have invented email, presenting an analysis relying on "pattern recognition" that flagged purported anomalies in the way mail ballots were processed at the end of the election.

"'Anomaly' seems to be another way of saying the Senate's contractors don't understand election processes," the county posted during the testimony.

Logan followed up by acknowledging "the ballots that were provided for us to count ... very accurately correlated with the official canvass."

He then continued to flag statistical discrepancies -- including the voters who moved -- that he said merited further investigation.

The review has a history of exploring outlandish conspiracy theories, dedicating time to checking for bamboo fibers on ballots to see if they were secretly shipped in from Asia. It's also served as a content-generation machine for Trump's effort to sow skepticism about his loss, pumping out misleading and out-of-context information that the former president circulates long after it's been debunked.

In July, for example, Logan laid out a series of claims stemming from his misunderstanding of the election data he was analyzing, including that 74,000 mail ballots were recorded as received but not sent.

Arizona's Senate agreed to spend $150,000 on the review, plus security and facility costs. That pales in comparison to the nearly $5.7 million contributed as of late July by Trump allies.

Two extra postelection reviews by federally certified election experts also found no evidence that voting machines switched votes or were connected to the internet. The county Board of Supervisors commissioned the extraordinary reviews in an effort to prove to Trump backers that there were no problems.

On Friday, Senate President Karen Fann sent a letter to Republican Attorney General Mark Brnovich, urging him to investigate issues the report flagged. However, she noted the review found the official count matched the ballots.

"This is the most important and encouraging finding of the audit," Fann wrote.

Despite being widely pilloried, the Arizona review has become a model that Trump supporters are pushing to replicate in other swing states where Biden won. It has intensified the fight over similar partisan ballot reviews in Pennsylvania, Texas and Wisconsin, with Trump pressing for such examinations and Democrats stepping up their efforts to block them.

A day earlier, Trump demanded that Gov. Greg Abbott, a Republican, open a similar audit in Texas, even though the former president easily won the state and its top elections official declared in March that 2020 voting "was smooth and secure."

Abbott, a potential 2024 presidential contender, responded hours later with an announcement from the secretary of state's office that a "full and comprehensive forensic audit" would take place -- and that it was already underway in four large counties, three of which voted for Biden.

That was news to Clay Jenkins, the top elected official in Dallas County, who said none of the four counties -- Dallas, Harris, Tarrant and Collin -- have received word from state officials.

"I don't believe at this moment that an audit has started in any of these counties," said Jenkins, a Democrat. "What I believe is that once again our weak governor has caved to our former disgraced president. It's sad to see someone being led around by a puppeteer."

A spokeswoman for Abbott did not respond to a request for comment.

"I never in a million years would have thought that the party that's supposed to be about limited government and personal privacy would try to compromise the personal, private data of 9 million Pennsylvanians to further the 'big lie' -- and to do so on the taxpayer's dime," Shapiro said in an interview Friday.

In Wisconsin, a retired conservative state Supreme Court justice is leading a Republican-ordered investigation into the 2020 election, and this week threatened to subpoena election officials who don't comply.

Michael Gableman has come under fire for using an unsecure private email account to send instructions to county clerks about preserving evidence related to the 2020 election. The retired justice also caused a furor when he suggested in a video posted on YouTube that the burden fell to county clerks to prove that the election was not tainted.

Some Wisconsin clerks have balked at the effort and have sought help from the U.S. Department of Homeland Security to resist any demands that they hand over voter information or election machinery that could compromise national security, according to Dane County clerk Scott McDonell, a Democrat. A department spokeswoman declined to comment on the query.

None of the reviews can change Biden's victory, which was certified by officials in each of the swing states he won and by Congress on Jan. 6 -- after Trump's supporters, fueled by the same false claims that generated the audits, stormed the U.S. Capitol to try to prevent certification of his loss.

Information for this article was contributed by Bob Christie and Christina Cassidy, Jonathan Cooper and Nicholas Riccardi of The Associated Press and by Amy Gardner of The Washington Post. 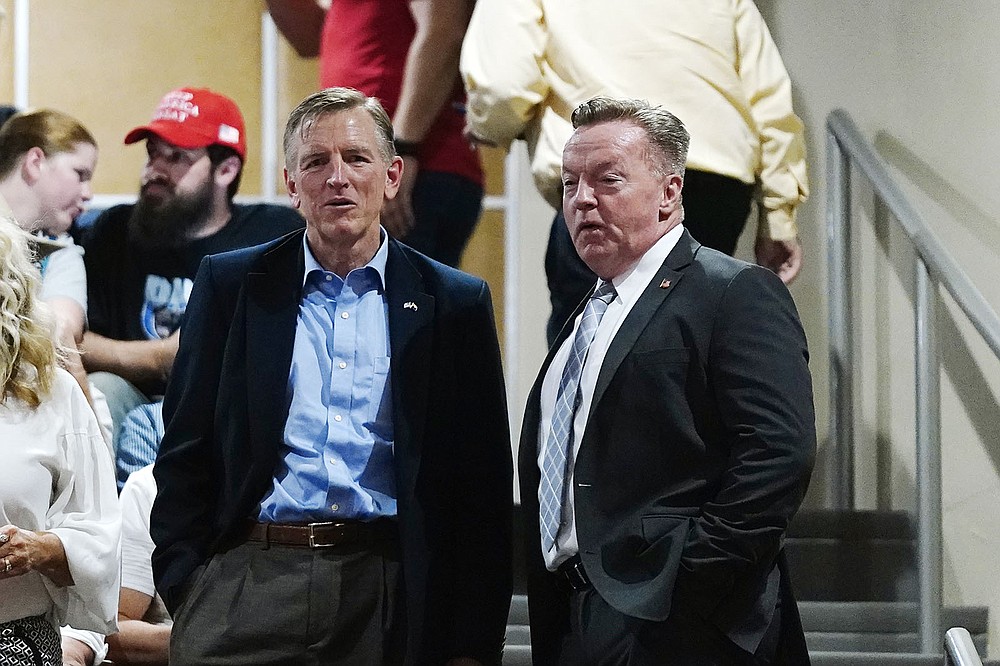