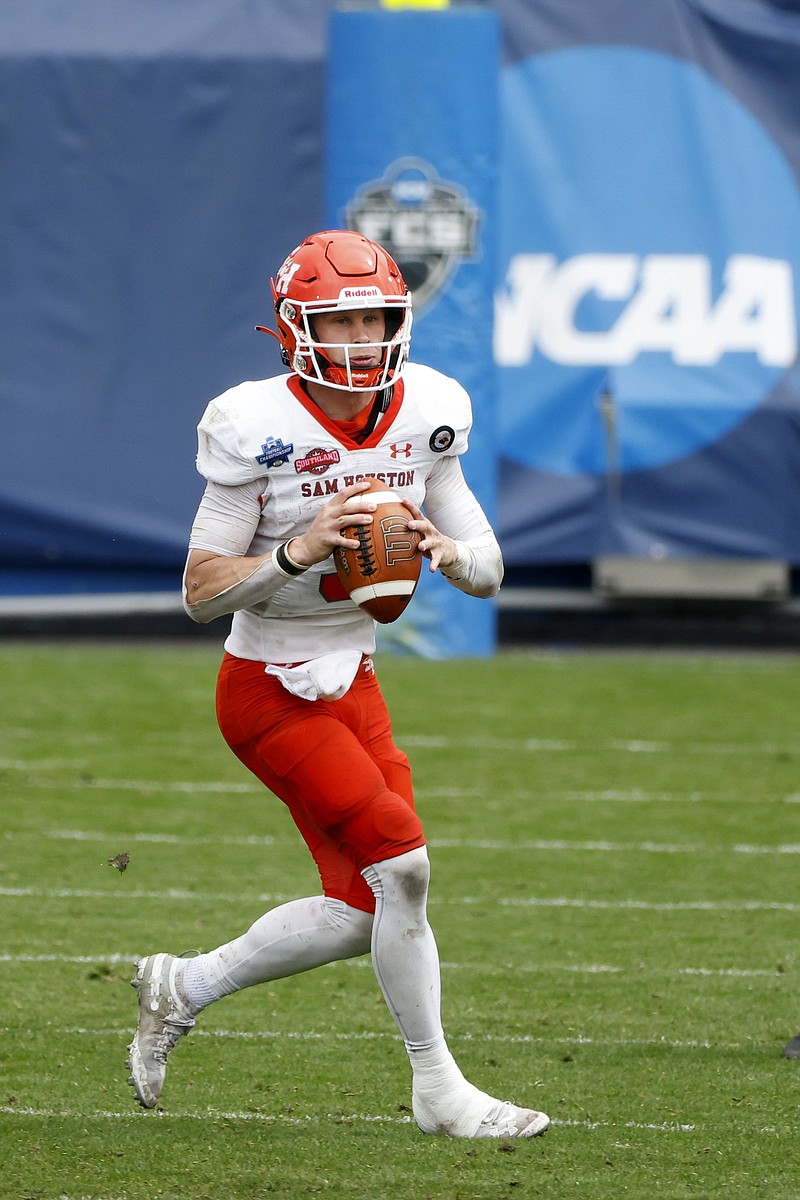 The last time Central Arkansas squared off against today's foe, FCS No. 1 Sam Houston, it was under much different circumstances.

The Bearkats were without their starting quarterback, Eric Schmid. They also lost a crucial piece of their defense in Zyon McCollum partway through the game. The Bears had a hill to climb, being down 16-0 at halftime. Behind a 15-point fourth quarter, they came back to win 29-25 Oct. 26, 2019, on their home turf at Estes Stadium.

Today, however, No. 25 UCA may have to climb the mountain again, as the Bearkats come to Conway ranked No. 1 on the heels of a national championship season.

"To me, they're one of the best programs, if not the best program, playing right now at the Division I FCS level," UCA Coach Nathan Brown said. "And really the last 15 years probably put them in the same sentence as North Dakota State and James Madison."

When Sam Houston returns for the first time since that 2019 loss, it'll return with Schmid and McCollum, but it'll also have a key piece that wasn't there for the last go-round in running back Ramon Jefferson.

Through two games, Jefferson has run for 296 yards on 22 carries, an average of 13.5 yards per carry and 3 touchdowns. His total rushing yards lead all running backs who've played two games this season, and his yards per-carry total is No. 1 in the nation.

"Everybody knows Ramon can go and make those plays," Schmid said. "He showed that a little bit last year, but I'm glad he's really getting some shine right now because he's a great player."

Jefferson joined the Bearkats in 2020, but the Bronx native began his career at Maine, where he totaled 1,037 yards and 8 touchdowns on 182 carries in 2018. However, he transferred from the program about a month after pleading guilty to criminal mischief in May 2019.

He transferred to Garden City (Kan.) Community College, where he rushed for 994 yards and 13 touchdowns in 11 games. In 2020, he led the Bearkats with 752 rushing yards and 7 touchdowns.

While Jefferson has produced for Sam Houston, Bearkats Coach K.C. Keeler was complimentary of his offensive line and the success it has had this season.

"Our offensive line is more complete," Keeler said. "We feel we have five really good ones. And last year, I think we felt we weren't quite as good as the tackle spots."

From left to right, Eleasah Anderson, Prince Pines, Ethan Hagler, Colby Thomas and Reece Jordan make up the Bearkats' front wall on offense, and they've stood out to the Bears, too.

"They're a talented group," UCA defensive end Logan Jessup said. "They played in the spring, so they've got a good connection it seems. You can tell they work together well, their double teams are really good.

"I feel like if we can maintain our gap integrity and if we can play physical upfront, I feel like that should really help take care of that running back."

Through three games, the run defense hasn't been a strong point for UCA where opponents have outgained the Bears 476-290. Opponents are averaging 1.4 more yards per carry and 62 more yards per game.

Still, the Bears can't key too much on Jefferson in this week's matchup, said UCA defensive back Deandre Lamont.

"You have to focus on a player like him," Lamont said, "but they've also got other weapons on their offense that you can't just let slip by you."

FCS NO. 1 SAM HOUSTON AT NO. 25 CENTRAL ARKANSAS

NOTEWORTHY The UCA-SHSU series is only 15 years old, beginning with a 38-30 win for the Bears at Sam Houston on Oct. 19, 2006. … This is the sixth straight meeting between the Bears and Bearkats where both teams are ranked. … While SHU’s Ramon Jefferson tops the FCS in several rushing categories, UCA running back Darius Hale tops him in rushing touchdowns, as he’s tied for No. 5 in the country with 4 through three games. … UCA receivers Lujuan Winningham and Tyler Hudson are still an FCS top-10 duo through three weeks, at No. 6 and No. 8, respectively, in the country in receiveing yards. … Sam Houston boasts a top-25 scoring offense and defense this season, sitting at No. 6 in the country in points per game (47) and No. 15 in points allowed per game (15). … Sam Houston quarterback Eric Schmid has played the past three seasons for the Bearkats and started at least once in the past two, but today’s contest will be his first time playing at UCA. 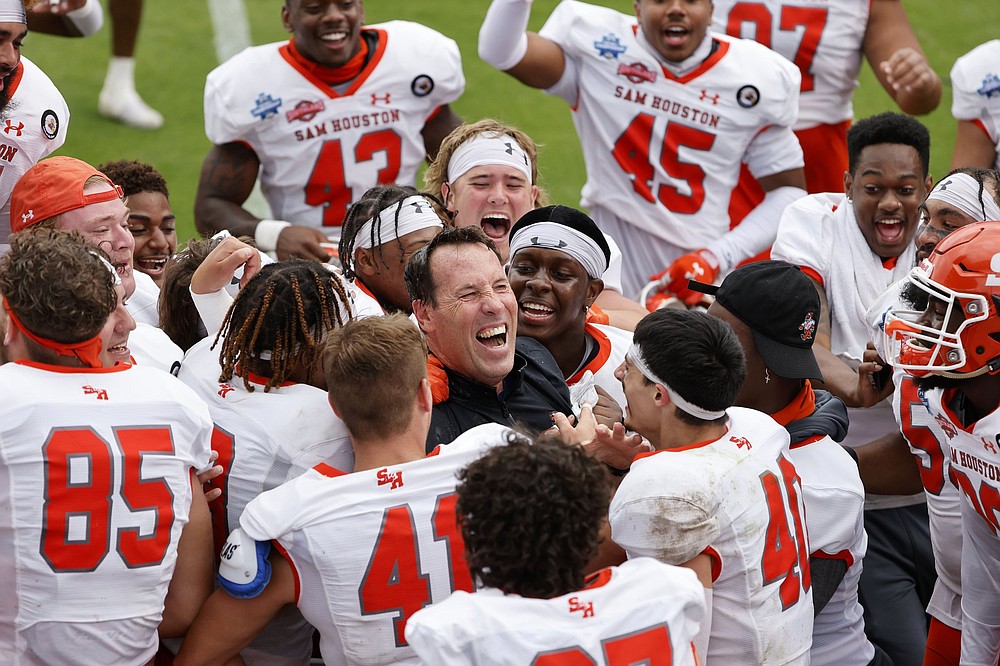