Missing link in I-49 ready to open, ribbon cutting set 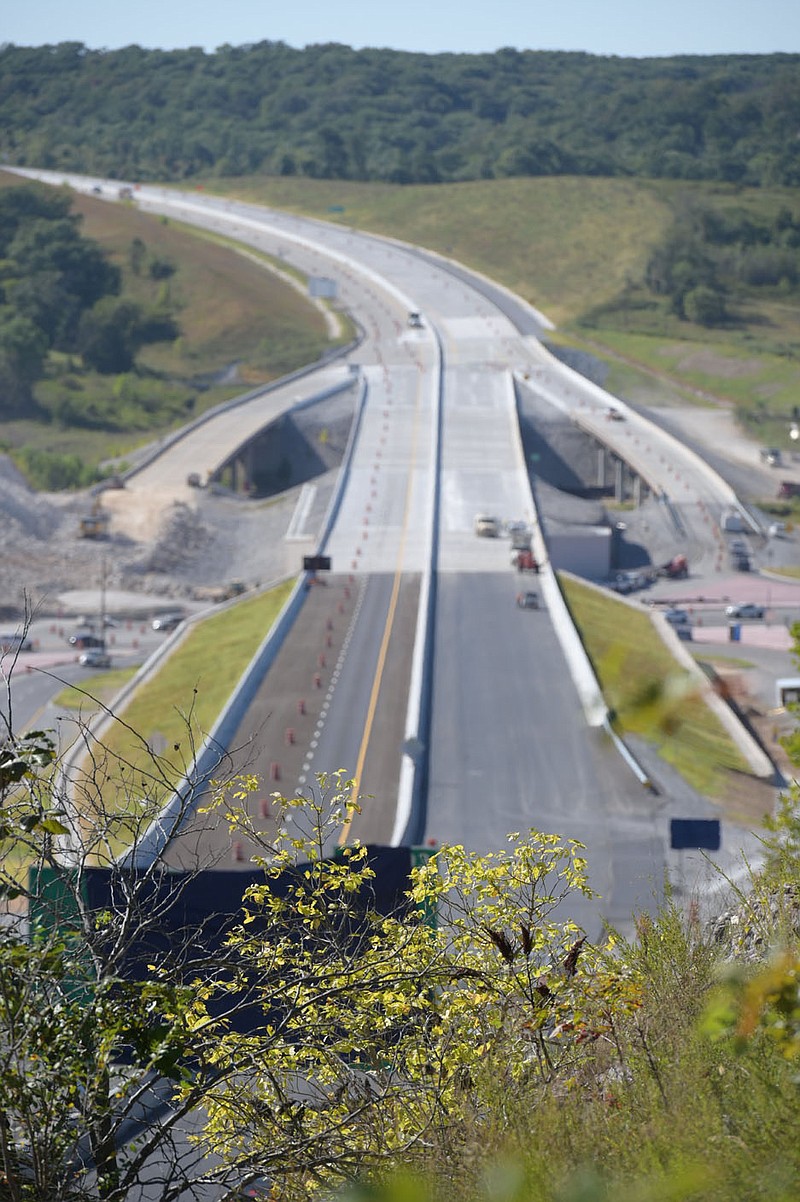 A look north at the Interstate 49 bypass at U.S. 71 in Bella Vista. After decades of planning and work, the new Bella Vista Bypass is ready to open for traffic. Go to nwaonline.com/210926Daily/ for more photos. (NWA Democrat-Gazette/Spencer Tirey)

BENTONVILLE -- After decades of planning and work, the new Interstate 49 Bella Vista Bypass is ready to open for traffic.

On Thursday at 10 a.m. Arkansas Gov. Asa Hutchinson and Missouri Gov. Mike Parson will join highway officials from both states, highway commissioners, legislators and members of the public at the Arkansas-Missouri border to celebrate with a ribbon cutting.

The newly constructed highway will open to the public Friday.

"After 30 years of studying, planning and constructing multiple phases of I-49, the Northwest Arkansas Regional Planning Commission is excited to finally see I-49 completed by ARDOT and MoDOT," said Tim Conklin, the commission's assistant director.

Arkansas, Missouri and federal transportation officials have discussed the need for a Bella Vista Bypass for more than 25 years. The road will become part of Interstate 49, a high-priority corridor. The completion of the project links 265 miles of interstate between Fort Smith and Kansas City, Mo. The project is also known as the Interstate 49 Missouri/Arkansas Connector, a nod to its regional importance.

"The completion of I-49 creates a safer, faster and more reliable route between Arkansas and Missouri for freight and the traveling public," Conklin said.

"This project will benefit the citizens of Missouri and Arkansas by reducing congestion, improving safety, and by increasing economic development opportunities for communities along the corridor," said Craig Switzer, transportation project manager with the Missouri Department of Transportation.

The bypass, essentially a missing link in Interstate 49, will allow motorists to circumvent Bella Vista to the west and south on a four-lane, controlled access highway.

A 2015 study reported U.S. 71 in Bella Vista was one of the most congested corridors in the region, according to Conklin.

"In 2012, Texas A&M Transportation Institute concluded approximately $6.2 million was being lost annually due to significant congestion on U.S. 71 through the Bella Vista community," Conklin said.

The two projects were the last 2.5 miles from Hiwasse to the state line and the single-point urban interchange to replace the roundabout at I-49 and U.S. 71 in north Bentonville, where the new highway heads west. The estimated cost of the two projects is just over $100 million. Emery Sapp & Sons is the primary contractor on both.

Emery Sapp & Sons is the primary contractor for the new interchange at Bentonville, new lanes of the bypass from Benton County 34 to the state line and Missouri's portion of the project. The cost of the 2.5-mile stretch of road in Arkansas will be about $35.5 million.

The regional goal has been for both Arkansas and Missouri to build their parts and meet at the state line, according to regional planners.

A third project was adding the remaining six miles of two lanes on the Arkansas side. Kolb Grading was the primary contractor on the $52.6 million job.

The Northwest Arkansas Regional Planning Commission applied for, and received, a $25 million federal grant in December 2018 and gave the money to Missouri to complete I-49. The I-49 Missouri project is in the commission's planning area.

Conklin said that money leveraged about $102 million in Arkansas voter-approved Connecting Arkansas Program money, along with funding from Missouri, to complete I-49.

The project has been considered a priority by Northwest Arkansas and federal transportation officials. The Northwest Arkansas Council, a group of civic and business leaders, prioritized completion of the highway, describing it as one of the region's most important projects. 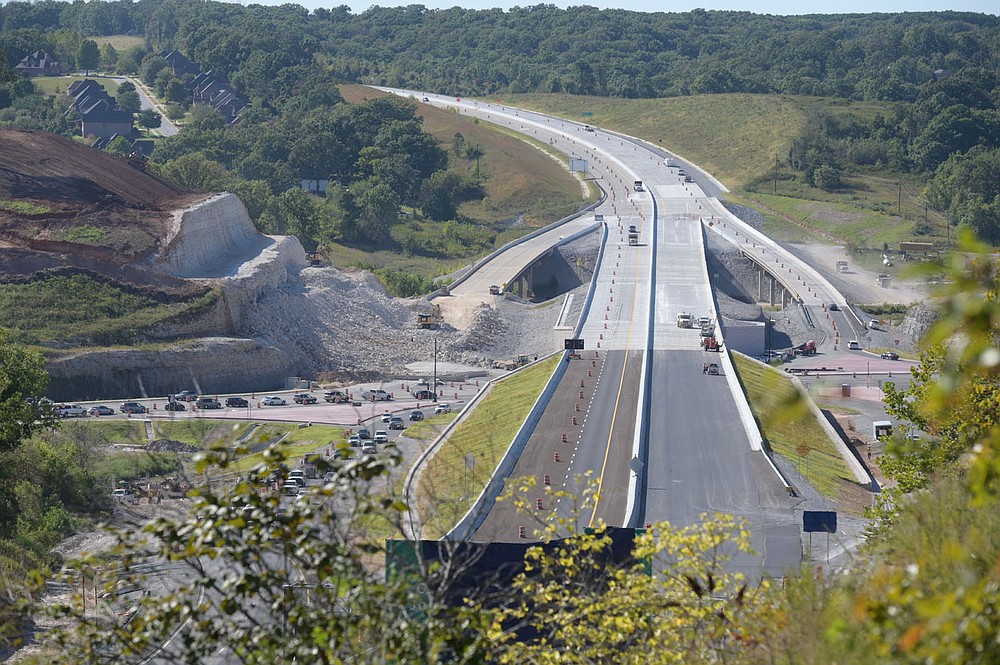 A look north at the Interstate 49 bypass at U.S. 71 in Bella Vista. After decades of planning and work, the new Bella Vista Bypass is ready to open for traffic. Go to nwaonline.com/210926Daily/ for more photos. (NWA Democrat-Gazette/Spencer Tirey)
More News

What: Ribbon cutting for the new Bella Vista Bypass

Where: Interstate 49 at the Arkansas/Missouri state line