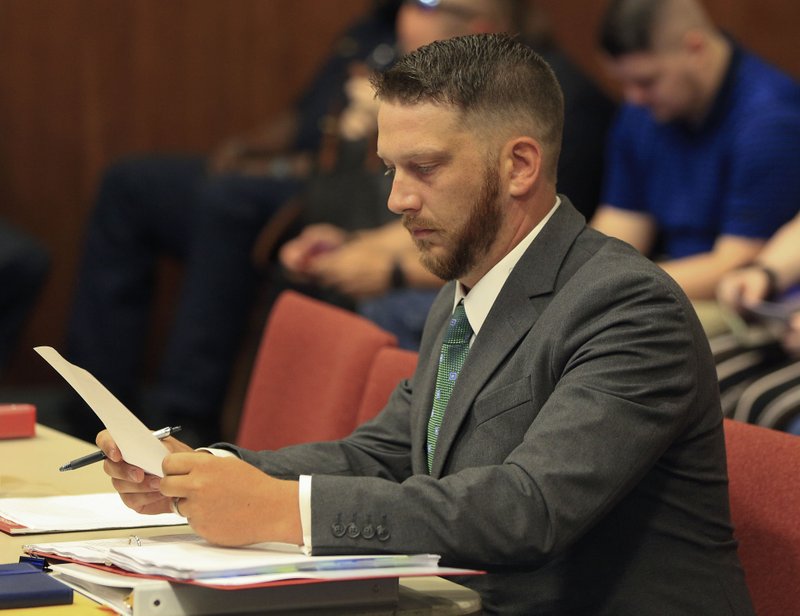 The Arkansas Court of Appeals on Wednesday reversed a Pulaski County circuit judge's decision to hold the city and the Little Rock Police Department in contempt for their handling of former officer Charles Starks' reinstatement to the force.

Police Chief Keith Humphrey fired the officer in 2019 for violating police procedure after Starks shot and killed motorist Bradley Blackshire, who was suspected of car theft.

Starks was reinstated as a result of a January 2020 order by Circuit Judge Tim Fox. The judge ordered Starks' punishment be reduced to a 30-day suspension and pay cut to rookie level.

Starks later filed a motion for contempt, arguing the city and Police Department violated Fox's previous order by placing him on "relieved of duty" status with pay and not returning his gun, badge and credentials.

The "relieved of duty" classification served to stigmatize Starks and prevented him from doing off-duty police work, therefore leaving him unable to gain additional income, Starks claimed, according to the appeals court's recitation of the facts in the case.

Fox then found the city and department in contempt. He ordered them to return Starks' gun and badge and return him to the same duty classification he held before the fatal shooting.

At a hearing, the judge said Starks was meant to resume the status he held before the fatal shooting. "Whatever you do to him duty-wise, he has to have that same exact status," Fox said at the time, the Arkansas Democrat-Gazette reported.

If Starks' badge and gun were not returned, Fox said, the city would face a $10,000 daily fine and the police chief would be required to turn over his own badge and gun.

Starks' gun and badge were returned after he passed a marksmanship test the same day, his attorney Robert Newcomb said at the time.

Lawyers for the city had appealed the contempt decision.

According to the opinion issued Wednesday, the appellate court found there was no violation of the terms of Fox's January 2020 reinstatement order.

Writing for the appeals court, Judge Bart Virden argued that Fox's previous order reinstating Starks was "silent as to the specific characteristics" of his reinstatement, and cited Arkansas law, which does not list a change of duty status among possible punishments.

"When, under the circumstances and the legal issues involved, a party does all that is expressly required of him by court order, it is erroneous to hold him in contempt," Virden wrote.

Starks resigned from the Police Department in September 2020, claiming his treatment by the chief made working there intolerable.

Earlier this month, the court of appeals remanded Fox's reinstatement decision to the lower court, finding that the judge was incorrect to examine whether Starks was reasonable when he placed himself in the path of the vehicle operated by Blackshire.

Judge Stephanie Potter Barrett, writing for the appeals court, explained that the case was simply a question of whether Starks violated a police rule that prohibits an officer from placing himself in the path of a moving vehicle when the use of deadly force is the probable outcome.