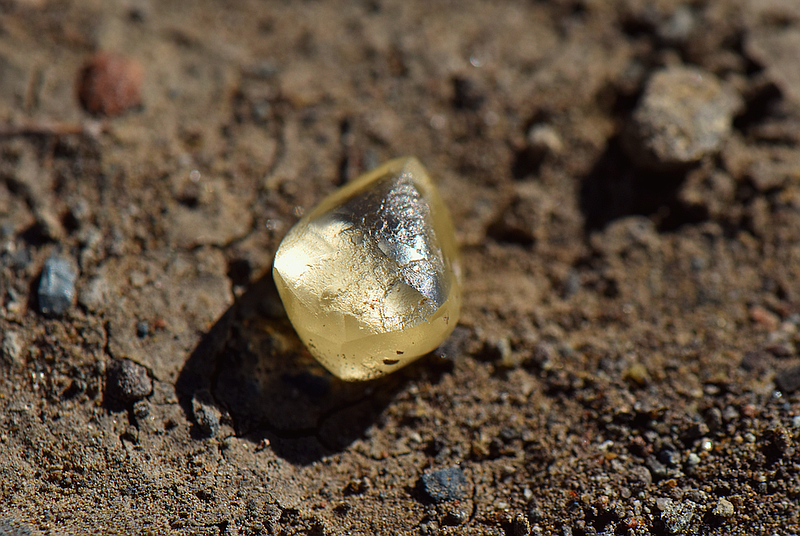 A 4.38-carat diamond was found Sept. 23 by a California woman at Crater of Diamonds State Park, according to Arkansas State Parks. (Courtesy of Arkansas Department of Parks, Heritage & Tourism)

Noreen Wredberg of Granite Bay found the yellow diamond within an hour of beginning her Sept. 23 search, according to a news release issued Thursday from Arkansas State Parks.

“I first saw the park featured on a TV show several years ago. When I realized we weren’t too far away, I knew we had to come,” Wredberg said in the release.

She gave the stone to her husband, who brought it to the park’s Diamond Discovery Center for identification, the release states. The diamond, which weighed over 4 carats, was the size of a jellybean, with a pear shape and a lemonade-yellow color, according to park officials.

Wredberg named her diamond “Lucy’s Diamond,” after her husband’s kitten, who has hints of yellow in her fur, the release states. The woman said she might get the diamond cut after finding out what it’s worth, but that it’s "all new" to her.

Arkansas is the only state in the U.S. with a diamond mine open to the public Arkansas Department of Parks, Heritage and Tourism Secretary Stacy Hurst said in the release.

Park officials said 258 diamonds have been registered at Crater of Diamonds State Park in 2021 so far this year, weighing more than 46 carats in total. An average of one to two diamonds are found by park visitors each day, according to park officials.