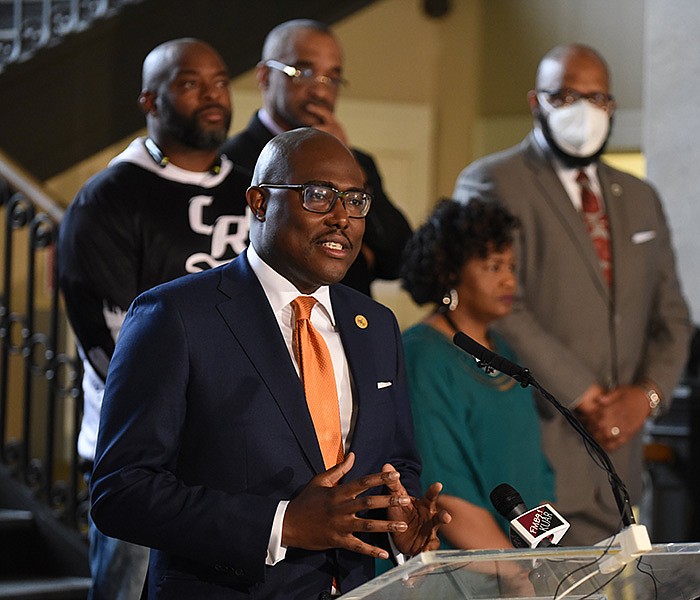 Little Rock's mayor on Wednesday named more than a dozen appointees, ranging from members of city government and police to pastors, judges and activists, to a council designed to come up with creative programs meant to prevent crime.

Mayor Frank Scott, who has talked about the HOPE Advisory Council since at least mid-February, announced the group's final composition during the weekly news conference at City Hall. HOPE stands for Holistic Outreach and Prevention in Every neighborhood, Scott said.

Members are tasked with helping the city find ways to prevent crime across branches of city government by focusing on prevention, intervention and treatment programs in the community, Scott said.

Dana Dossett and Michael Sanders from the city's Community Programs department are also on board.

Richardson will take a leading role in the program, Scott said, largely because of his experience in working with gang and violence prevention programs in the city dating back to the 1990s.

The Ward 2 director said the roots of crime are planted in money problems -- poverty, income inequality and unemployment.

"In the '90s the colors were red and blue. Today the color is green," Richardson said.

Richardson said he has faith in the community programs the city strives to offer, saying similar initiatives worked in the 1990s when gang violence affected the city.

"I will say repeatedly to the tune of a broken record," Richardson said. "We cannot police our way out of this problem."

He gave the example of a woman who used the program 20 years ago to escape crime and is now a successful member of the Little Rock School District board. Richardson did not name the woman.

Richardson said the city's job is to improve living conditions in the neighborhoods where crime frequently happens because criminals are "strongest when our communities are weakest."

Statements by Scott and Richardson book-ended an update on crime from Humphrey, who discussed arrests made in a March 26 homicide at Pizza D'Action and an April 3 homicide on Indiana Avenue, as well as an update on a shooting that injured one person outside Park Plaza Mall on April 2.

The case file has been sealed in the March 26 killing of Charlie Willis at 2919 West Markham St., Humphrey said, with 23-year-old Tyler Jackson charged in the crime. When asked to elaborate on why the case was sealed, Humphrey did not return to the podium, with Scott instead citing "legal reasons."

Police spokesman Sgt. Eric Barnes could not say why that case was sealed specifically, but said that protecting sensitive information or the identity of minors are common reasons to seal cases. It was not clear if any of those circumstances would apply to the early-morning bar shooting.

Humphrey went on to say that Joey Doss, 21, the man arrested in the April 3 killing of Donnie Hood, 34, was an acquaintance of the victim. The two reportedly got into an argument, resulting in the killing, and Doss was arrested within 24 hours of the crime, Humphrey said.

The chief again cited poor conflict-resolution skills between acquaintances as a main cause of the city's homicides.

"We've got to continue to work on our differences," Humphrey said.

Some of the killings were double homicides, or two suspects were arrested in a single incident. So far this year, police have made arrests in 10 of 14 incidents, resulting in a rate of 71%.

Police have not made an arrest or named a suspect in the Jan. 8 killing of Jadon Shackelford, 21, the Jan. 28 killing of Bradford Bankston, 20, the Feb. 4 killing of Lawrence Parker, 50, or the March 27 killing of Rayvon McDowell, Humphrey said.

A person was detained and released without charges in the Jan. 3 killing of 20-year-old Dmahre Dillard, and police have said prosecutors have been reviewing the case to see if charges are appropriate or if the killing was justified. Department officials have counted that case in their clearance rate in the past, but the rate Humphrey shared did not seem to include it Wednesday.

After Wednesday's news conference, police named Ken Kelley, 18, as the suspect wanted in the Saturday shooting of Nicholas James, 18, outside Park Plaza Mall. Humphrey said James is in stable condition.

Kelley was not named during the news conference, and officials said the two men agreed to meet in the mall's parking garage but did not state why.

"I think you can make from context clues what was going on," Scott told a reporter who asked Humphrey for details on why the two men were meeting.

Humphrey also announced that two part-time social workers will start work at the department April 11, joining full-time social worker Visser. They will work primarily out of the Northwest and Southwest Division headquarters, while Visser works at the 12th Street Substation.

The chief added that he has been seeing an improvement in community tips and support, citing the arrest of Jackson in the Willis killing, which attained a higher profile because of Willis' job as doorman at Pizza D'Action.

"We needed our community's assistance and they stepped up," Humphrey said.

Humphrey said things were starting to "fall into place" because of the community support and the city's efforts to both punish and prevent crime, but he warned that the path to lower crime in the city would not be short.

"We're not going to see the drastic reductions some people think we should see," Humphrey said. "No city in the nation is going to see that because it didn't get here overnight." 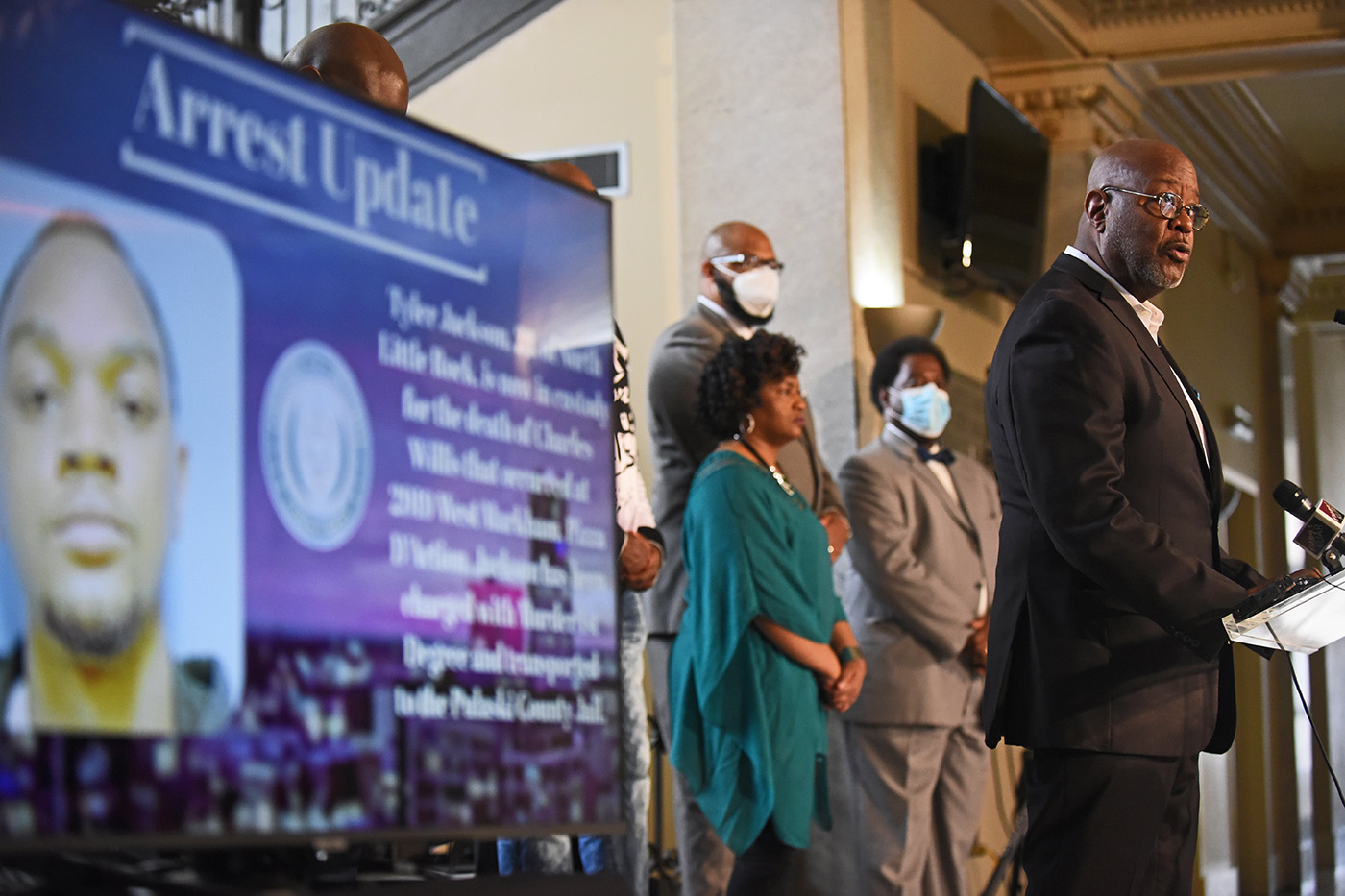